Besides being prolific writers and esclavos del Internet (slaves of the Internet), the Working Gringos are photographers. Three years ago, we were commissioned to photograph about a dozen Yucatan haciendas for a book that was being published by the Autonomous University of Yucatan's school of architecture, known as FAUADY, in conjunction with Cultura Banamex and the Yucatan Institute of Culture (ICY). Our good friend and architect, Salvador Reyes, recommended us for the job (Gracias, Salvador!).

We faithfully drove out into the heart of the Yucatan Peninsula every day that it didn't rain for about a month, lugging our photography equipment into fancy hotels and bee-infested ruins. We dragged ladders into empty lots to get the right perspective. We sat around for hours to get the right light. We avoided rusty nails and narrowly escaped falling 30 feet into a cenote. We played with the children and even started to bring soccer balls with us to give away. We discovered towns and people we had never heard of, enjoying experiences too numerous to mention. We would return each day tired but extremely satisfied and exhilarated because the work was, well... fun!

Then they didn't publish the book. And they didn't publish it the year after either. We finally gave up and figured we would never see our hard-won photographs in print. And then, of course, we received an unexpected invitation to attend the publishing party. Doesn't Life always seem to work that way?

When we arrived at FAUADY, the tables were set up in the inner courtyard of the huge three story stone building that was once a monastery. There was a formal guest list which was politely checked at the door. The party was attended by many faculty members, hacienda owners, students, alumni (including Salvador Reyes Rios, Henry Ponce and Gabriela Cornelio) and the man who single-handedly started the hacienda revival here in the Yucatan, Roberto Hernandez. The governor of Yucatan was scheduled to attend, but spent the evening at the Mexico City airport, due to inclement weather. After an introductory speech (we understood almost all of it) and a video presentation, there were a few expository speeches, including one from the woman who had directed our work, Blanca Paredes, a well-loved profesora. Afterwards Blanca presented us with official certificates proclaiming our contributions. But more importantly, she gave us each one of the treasured tomes.

The book is called Arquitectura de Las Haciendas de Yucatán (Architecture of the Haciendas of the Yucatan). It is a 439-page coffee-table-sized Spanish-language architecture textbook, full of drawings, plans, explanations and, most importantly to us, photographs! The book is substantial and beautifully produced (in Spain) and we are orgullosos (proud) to be a part of it, to say the least.

The first question some of you may ask is, "where can I buy one?". If you quickly send us your order, we may be able to get you one. The price to us is $750 pesos ($1,100 pesos retail), so we don't imagine there will be a line at the door. But if you must have one, we might be able to help. We say 'quickly' because we can order more copies directly from FAUADY this week, but we have no idea if we'll be able to do it again. They will eventually be sold in bookstore chains here in Mexico, like Dantes, but in a limited number. While it is a beautifully produced book, at the end of the day it's a reference work for Spanish-speaking architects

The haciendas of the Yucatan are drawing more and more attention to this area. Most of them are beautiful and majestic. Each one is unique and as a group they are architectural treasures that are an important part of the Yucatecan patrimónia (heritage). There is nothing like majestic stone buildings with arches, pools, chimeneas (chimneys), fountains and tiles under the bright blue Yucatan sky to let you know you aren't in Kansas anymore. We encourage anyone who is interested to find out more about them and to enjoy their magical presence.

For more about haciendas, be sure to read Yucatan Living's article on haciendas.

And here are some books you can pick up on Amazon (or elsewhere):

ARQUITECTURA DE LAS HACIENDAS DE YUCATÁN. Blanca Paredes Guerrero et al - The book with our photography in it is sometimes available through Amazon.com.

Haciendas of Mexico - Not the best quality book. About haciendas throughout Mexico, not just Yucatan.

The New Hacienda - A design book by aficionados Karen Witynski and Joe Carr. 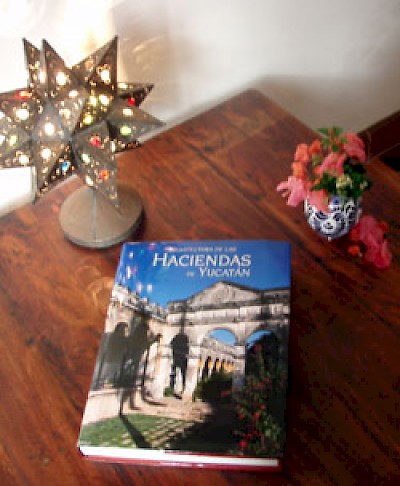 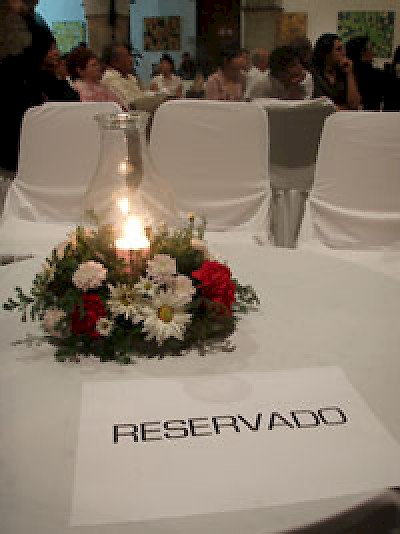 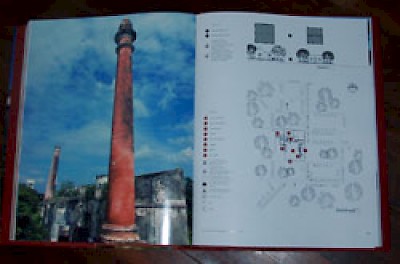 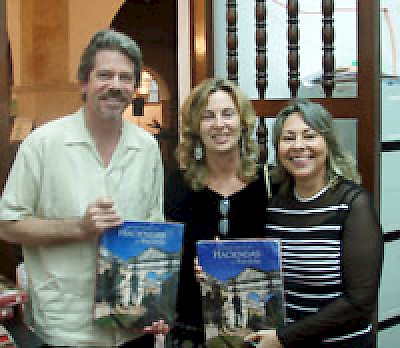