Centro and Paseo Montejo to Get Face-Lift
We wanted to stand up and cheer when we read that the new mayor of Merida, César Bojórquez Zapata, is beginning a restoration project that will encompass all of Centro and Paseo Montejo! He is kicking off this project with $50 million of Merida’s own money and inviting the state and federal governments, as well as private organizations, to join him in this endeavor. Maybe he read about the two most visited countries in the world: France and Spain. Each country has worked hard on similar efforts and now enjoys the benefits of having more visitors each year than they have in their own populations! It is our mayor’s express intention to relaunch Merida as the Front Door to the Mayan World. We are proud of Merida and of the vision of our new mayor, César Bojórquez Zapata.

Fun in the Sun (or Rain)

The first weekend of August was a rousing success for Chelem, Progreso, and Chicxulub. In spite of a hard, four-hour rain, approximately 60,000 visitors made their way to the northern beaches of Yucatan. Businesses reported record profits and a good time was the order of the day. From what we hear, the rain didn’t bother veteran beach-goers at all!

Things to See on a Trip to Mexico City: Chichén Itzá ???
That’s right. Members of the Indonesian Legislature came to Mexico City on an “official visit,” and both Chichén Itzá and Cancun were stops along their way. Their visit was on Sunday and, almost as an afterthought, it was reported that there were 6,000 other visitors at Chichén Itzá that day. It certainly is remarkable what a little worldwide notoriety can do in the short space of only one month.

Summertime and Watermelon
What is Summer without watermelon? Have you seen the watermelons in Yucatan this year? With all the rain, they are huge! Sold by weight, it is not unusual to see watermelons going for up to $40 pesos. For the first time, vendors are learning the fine art of temptation. They cut the melons in half, wrap them in clear wrap, and are selling the halves, some for as low as $12 ($1.09 USD)! Our Yucatan watermelon producers come to all of the local markets from their homes in rural towns and villages such as Sacalum.

Reforestation Begins With Serious Training
In recent weeks, we have spoken often about the reforestation efforts in Yucatan and how important this is. Now, reforestation is becoming a reality – and the right way. Overall, 8,650 hectares will be replanted in species that will help industries such as beekeeping, and that will provide the best protection for the flora and fauna in our area. This is an expensive project, costing almost a million dollars, and requires that the local farmers-turned-foresters gain some new skills. Advanced courses have already begun in forest fire prevention, project management, choosing species, and the planting and nurturing of every tree that goes in the ground. Yucatan wants her forests to not only be self-sustaining, but also wants them to be able to support the families and villages that coexist near and within them. In all, 747 properties will be reforested. The municipalities that are participating in this advanced training course are Tekax, Tzucacab, Ticul, Peto and Oxkutzcab. This reforestation project is expected to restore Yucatan’s forests within approximately ten years. It is wonderful to live in an area where the ravages of civilization can be wiped away in so short a time.

The Weather Experts
At the Worldwide Organization of Meteorology, experts announced that temperature extremes are being recorded all over the world. They predict that this trend will only get worse. Not only are summers getting hotter and winters getting colder, but other phenomena are becoming more widespread. For example, there was a tornado in Brooklyn, NY this week and it is hotter in the American midwest than it is in Merida, Yucatan. Scientists say there will be a few years in which heating increases only moderately – then it will skyrocket. All of us need to work on developing as many passive solar means of cooling as possible. Our reforestation efforts in Yucatan could not be coming at a better time.

Industry Comes to Campeche
A group of corporations including Bering Corporation, Daewo, Kia, Hyundai and Samsung, is building 65 industrial plants in Campeche. They will provide 9,500 jobs and build an employee housing complex that consists of 5,000 homes. They will build equipment for radio communication, assemble compact automobiles, electric cars, and golf carts, as well as manufacture automobile parts. They also intend to build a plant to generate local electricity. This will be for their own benefit, but will benefit the entire area as well. In addition to all of the above, there will be quality control laboratories and other services for the employees. Work on the first plant begins in another month and the first group of employees to be hired will be a group of 500. It looks as if Campeche is well on her way to prosperity and Yucatan Living wishes her all the best.

The Shoemakers of Ticul Expand Business
Lest anyone mistakenly forget that there is a southern section to the State of Yucatan, we would like to congratulate the shoemakers of Ticul. They have become quite successful in making school shoes and have now expanded their efforts to the production of shoes for men. We sometimes suspect that the lure of such amenities as the Symphony in Merida and the beaches of Yucatan often outshine the peaceful country-living found in the southern and eastern areas of the state. Those who live here know that the State of Yucatan has something for everyone and that the southern part of the state is coming along nicely. When you visit Yucatan, or even if you live here and have overlooked the south and east, take the time to visit both. You’ll be glad you did.

Beach Cleaning: “The Work of Titans”
A new program has begun, on the coast of Yucatan, for the purpose of cleaning the beaches. Yucatan Living has written about this before. In many places, local governments do not have the money to keep the staff necessary to clean up the garbage left on the beaches by tourists. In those areas, if the local residents are unable to clean the beaches themselves, then the work simply goes undone. Now, there is a new program that should have all of the beaches cleaned within about a month, three at the most. Please help by being careful to take your trash with you when you leave the beach, and if you're really feeling generous, pick up someone else's too!

Breathalyzers Sweeping the State
Yucatan has a long history of accepting the moderate use of alcohol and reacting quite forcefully to its abuse and misuse. Increases in tourism and infrastructure have brought people, jobs and money to the state and, in turn, disposable income that is being used to purchase the deadly combination of vehicles and alcohol. Accidents and deaths on our highways are on the rise and almost all of the deaths are alcohol-related. Yucatan has decided to stop this trend early in its development. Valladolid is following closely on the heels of the western municipalities and installing two checkpoints, each with a breathalyzer. Please keep that in mind as you travel the state. The government apparently would much rather you go home with stories of a wonderful adventure to tell, than as the victim of an alcohol-related accident.

We Had to Laugh…
In the middle of vacation – when every student on Earth wants to pretend their school doesn’t even exist – there was a short blurb in the newspaper: “School starts in 2 weeks.” Isn’t that in the same category with pulling the wings off of flies? Might as well drive a stake through their poor little hearts! Oh well. We would be willing to bet that not very many students were reading the paper that day, opting instead for a great vacation of sun and fun on the beach in Progreso, Chelem, Chuburna, Sisal, Telchac or another of the Yucatan Gulf Coast communities. We hope they all have a good time and we promise we won’t say a word about when school starts again. 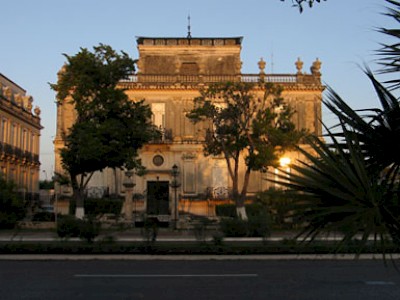 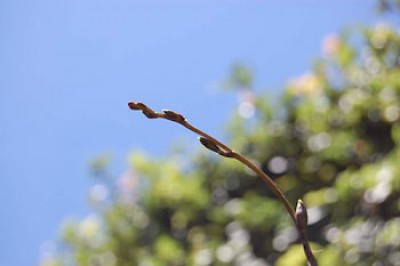 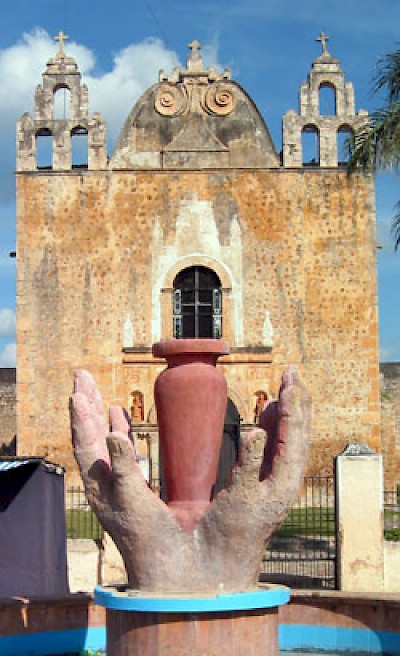 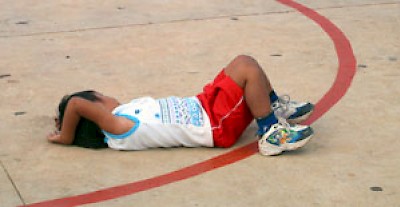