You Heard it First on Yolisto

This week, several of our news items came from Yolisto, our local message board and sister site. The best thing about having a message board with over 4,000 members is that we always have an extra 4,000 eyes and ears for news that is important to expats and, when emergencies come up, we have expats located in any number of nations who can pick up the phone and get on-the-spot information to pass on to the rest of the group. We are beaming with pride over the work our Yolisto members have done this week. If you are not a member of Yolisto, we invite you to join the conversation. If you are a member, but haven’t visited for a while, we invite you to come back and see us. Every day may not be a stunning news day but, when news breaks, it usually finds its way to Yolisto first.

Are You Safer in Mexico or America?

Finally! News we can use! This weekend, a member of Yolisto brought a news article to our attention. Robert Reid is the U.S. Travel Editor for Lonely Planet and he has been going to Mexico since he was three years old. In Are You Safer in Mexico or America? Mr. Reid uses United Nations statistics to give us five things to consider:

Are You Safer in Mexico than in America? is an excellent resource and, while we are not normally fans of FWD e-mails, a link to this article should go to everyone in all of our address books.

This week, a Yolisto member received a call from a representative of United Airlines, informing her that she was being refunded the fee for bringing her two cats back to Yucatan with her at the end of the summer. She could, however, fly them as cargo for twice the price; but that wouldn’t work either because of her short layover versus the three hours in advance that the cats would have to be at the cargo area prior to being loaded. She was told that this “No Pets in the Cabin” policy is industry-wide and is in response to a new directive by the Mexican Government. Yolisto members waited anxiously as she called other airlines.

Westjet, Air Canada and American Airlines all said they have heard of no such directive from the Mexican Government. Since United only sent a one-line directive, written in Spanish, Yolisto members went on the hunt for the original Mexican Government document and found it. It is not new. It is a policy change from 2007. It states that on domestic flights within Mexico, only guide dogs will be allowed in the cabin. However, on international flights, small pets will still be allowed to travel in the cabin with their owners so long as they are registered with the airline and have up-to-date health papers. At this point, Yolisto members began finding people around the world who have been seriously impacted by this issue. Many are members of the American Armed Forces and employees of American government offices in other nations. They were asked to move their families (which include pets) abroad while they serve their country and are now facing huge fees to bring those pets home again. No one knows why United-Continental has instituted such a policy, nor why they blamed it on the Mexican government when, clearly, there is no such Mexican directive.

However, when emails to the president of the airline were diverted to the Cargo Department, Yolisto members found the physical address of the president of the airline and are writing to remind him of his company’s claim that it conducts business in an ethical manner. In the meantime, Yolisto members gathered the names of airlines that do accept pets, along with the names of hotels in Cancun that accept pets and the name of a car rental agency that will allow pets to be driven from Cancun to Merida. If you would like to follow this story as it develops over the summer, or if you would like to write a letter and need the address of the president of the company, we invite you to follow the Yolisto thread entitled: Pets Coming to Mexico? New Changes!

Other Important Issues Resolved On Yolisto This Week

Best of all, someone needed a vet in a hurry and quickly got the information they needed.

You are invited to visit the website of AEMAC to keep up with the latest activities of a program that brings support to the traditions of indigenous Maya across the Yucatan Peninsula, with a special focus on traditional medicine. They publish the online Jornadas Populares de Medicina Tradicional and their blog is one of the most informative sites we have seen. We hope everyone visits the AEMAC blog to learn just how much is being done to rescue traditional medicine throughout the Yucatan Peninsula. For those who are interested in learning more, AEMAC also has bilingual teaching tours, so please do visit their blog and find out how you can participate in the rescue of Traditional Medicine in Yucatan.

How Far Can Your e-Book Travel?

The world of hard-copy publishing will never lose its place in the hearts of book lovers, but e-books are here to stay and many expats have written (or are writing) their own. This week, we learned that a ladies’ ebook club in the Royal Melbourne Country Club area, in Australia, read and enjoyed "Xtabentum: A Novel of Yucatan" by Rosy Hugener with Carl Hugener. If you are working on your ebook, or contemplating starting one, we hope that knowing it has the potential to be read around the world will inspire you to keep on writing! Many thanks as well to the members of the Royal Melbourne Book Club for including your opinion of a book about Yucatan in your interview with the Chicago Tribune’s Printer’s Row. 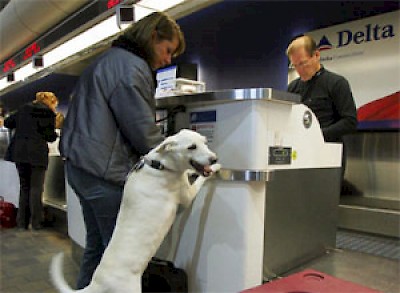