This past week saw Yucatan’s Governor Rolando Zapata Bello turning 49 years old. Since 50 is the new 30, we know he is still a young adult, so Yucatan will have him around for many more years. We also need to congratulate Governor Zapata Bello on being named one of the four best qualified Governors in the nation. The other three are Gov. Miguel Marquez Marquez, of Guanajuato, Gov. Martin Orozco Sandoval of Aguascalientes, and Gov. Omar Fayad Meneses of Hidalgo. Everyone is very proud of Yucatan’s Governor and wishes him and his family the best upcoming year ever!

Mexico has decided that, as of September 8, 2017, it is in the best interest of the voting public to allow candidates to use their own social networking accounts as part of their election campaigning, but not to allow them to hire others to do the same on their behalf, or hire armies of “clickers” to approve their messages. The key word here is “hire.”

This is an important ruling in as much as it has the potential to affect the ways in which social media accounts are used during elections around the world as we move into the future.

An inflation rate of 6.67% makes Merida the most expensive capital city in which to live in all of the southeast of Mexico. Campeche follows close behind at 6.67%. Villahermosa with 5.91%, Veracruz with 5.73%, Tapachula with 5.11% and Chetumal at 4.61%, which is the lowest in the country. The target inflation rate of the Bank of Mexico is 3% +/- 1%, but high international inflation, especially in the areas of energy, food, tobacco and tourism services is serving to drive inflation on a worldwide scale. However, the National Institute of Statistics and Geography has already noted a small, but steady, drop in prices and still believes that 2017's inflation rate will end at or about their target mark of 3% +/- 1%. In a speech at the Financial Sector and Empowerment of Women, the Secretary of Finance was the first we have heard to actually say that global inflation, including that in Mexico, is due to an atypical situation that is temporary and linked to climate change. It seems that there is a lot to think about this week.

Never in a million years would anyone have believed that Yucatan would be importing cement from China and Turkey in order to build new homes and streets. However, with the price of Mexican cement on the rise, due to inflation, that is exactly what is happening today. Asian cement is running at around $125 to $130 pesos per sack, while Mexican cement is, for now, at $214 pesos per sack. From what we are hearing, this means that Mexican homes can be a bit larger for the same money, and the streets can be of concrete, rather than asphalt. It is vital that the cost of homebuilding be brought down because it has gone up twice, first 15%, then 14%, just this year. Merida cannot, and will not, stop growing, so some means of holding down costs must be found. Importing cheaper cement seems to be the answer - at least for now.

When There Is a Tropical Storm or Hurricane

Think about your home country and how natural disaster cleanup is handled. As soon as something awful happens, rescue workers usually swing into action and head your way. Such is not the case in Mexico. Last week, we had a relatively weak hurricane, but a hurricane none-the-less. Before the storm arrived, CFE had 1,233 workers, 172 cranes, 465 vehicles, four helicopters, and seven off-road vehicles on the Yucatan Peninsula and ready for action. They work with Strategic Operations Centers, hospitals, shelters, the SSP, the Navy, the Army, local police, the National Water Commission, municipal governments, the state government, and Civil Protection so that they are all on the same page of the CFE Manual of Technical Procedures for Disaster Care and the disaster response manuals of each organization. … and this is before the storm arrives. If they are not needed, that is wonderful; but, if they are, their being there is nothing short of a miracle for the people of the Yucatan Peninsula. Through the years, we have seen them work and want every one of them to know how deeply they are appreciated. That doesn’t mean that you don’t have to do your part as well. We all have to work to be prepared for whatever weather may bring us, but it certainly makes life more comfortable to know that help has arrived well before they are needed.

For some years now, Yucatan has been performing bariatric surgery on morbidly obese diabetic patients, but only as a last resort. With the perfection of laparoscoptic surgery techniques, it has been possible to use this surgery to effect an 80% cure in patients with diabetes, hypertension, high cholesterol and triglycerides, and sleep apnea. The cost is $125 thousand pesos and the effects are said to be permanent. The surgery is available for those who are morbidly obese and between the ages of 18 and 70. This is a wonderful surgery that will save more than a few lives and long-term health care pesos.

Everybody pretty much knows where Mani, Oxkutzcab, Tekax, and Peto are (in the southern cone of Yucatan). Tixmehuac is a municipality that is on a parallel road, just east of Tekax Their current claim to fame is a primary school, in a town called Kimbala, with 117 Maya students, one German teacher, and who all speak the Maya language (official language of that area), Spanish, and English. A full half of the municipal population works in tourism in Yucatan and Quintana Roo. These children go home at night and morph into language teachers in their families. Their teacher is satisfied with their progress because all he has asked of them is to “learn their languages and seek to be professionals.” These students are living proof that children will live up to whatever expectations we adults have for them. Expect tri-lingual professionals and that is what they will become. Yucatan Living sends a hearty “well done” to the students, their teacher and their parents.

In the 2015 - 2016 school year alone, more than 20,000 foreign students from countries such as the United States, Canada, France, Germany, Spain, Colombia, Chile, China, Japan and South Korea, to mention the most important ones, selected Mexico as a destination for academic mobility. We are so proud to be able to report that the Autonomous University of Yucatan (UADY) remains as the sixth university in Mexico with the highest preference for students from all over the world seeking quality education programs to complement their academic training, according to the National Survey of International Student Mobility developed by ANUIES . Congratulations to all of the students and faculty, as well as to all of the people who carry the culture of Yucatan to the rest of the world, for a job well done.

The list of things to do at the beach in Yucatan gets longer and more complex every year. This past weekend, Progreso hosted the National Open Water Championship. Three hundred swimmers started and finished on the beach at the Malecon in Progreso. That afternoon, 700 participants began the Super Sprint Triathlon began. Finally, on Sunday, Yucateco runners participated in their own triathlon. This is not an odd thing to be happening at the beach in Yucatan anymore. It is safe in the State of Yucatan. It is safe in the waters of Yucatan. Yucatan’s sports facilities are second to none, at the beach and in the city. This means that, if you go to Merida and are met with an oddly quiet city, just look for the nearest beach or sports facility. All of the people will be there and having a wonderful time!

For many years, the Yucateco neighbors of several discos in Chicxulub have put up with horrendous noise levels and crowds of unruly patrons during every vacation period of every year. This time, things are different. The noise level is double the legal limit and the performer is telling off-color jokes that can be heard by families throughout the residential neighborhood. The only comment one can make about that is: “Wrong State.” The pushback is coming in the form of a boycott. Since foreigners are not allowed to become involved in Mexican politics, we are reminding especially the new members of the expat community that this is a local matter and will be handled by the Yucateco citizens of Chicxulub. 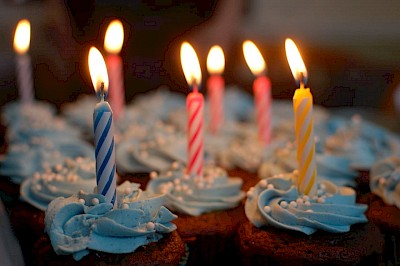 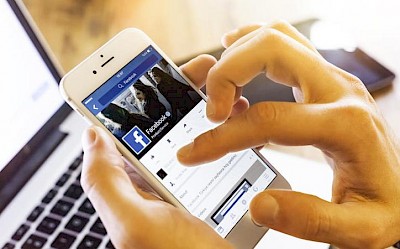 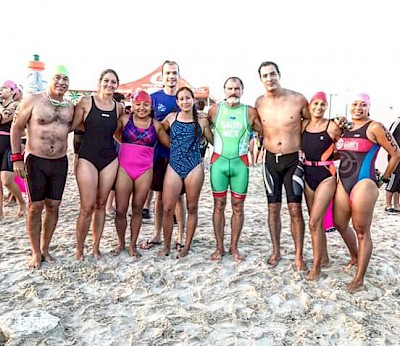 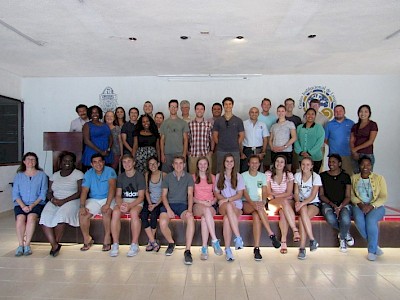 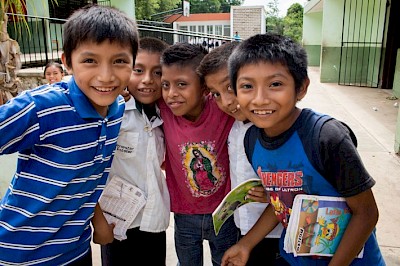 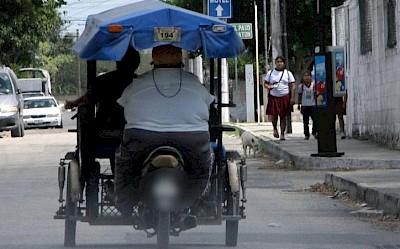 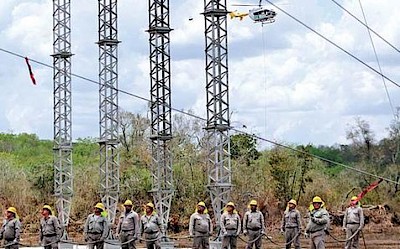 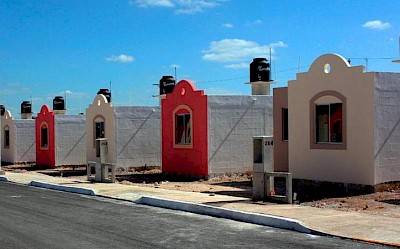 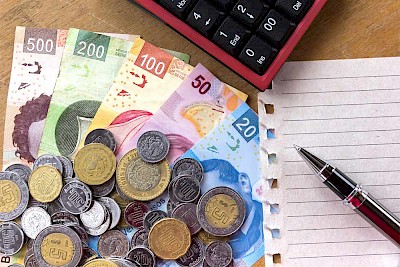 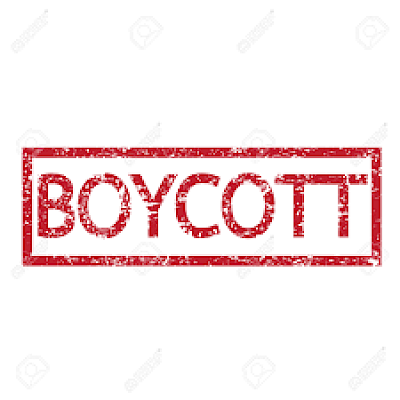