Growing Up With Crime Prevention

In January, Progreso began offering free crime prevention workshops for children from the age of eight through adults. The announcement was made and classes began just two days later. In that short period of time, 70 students had already signed up. Now, only six months later, six children and young people have already earned their first level belts in martial arts. If you know of anyone who would like to take these free classes, they include camping, self-defense, martial arts, first aid, and crime prevention. The name of the program is The Permanent Program for Crime Prevention and Character Formation. Classes are in the evening at the Progreso Municipal Police building where more information is also available.

Currently, there is a 70-hour course in Merida, designed for abused women. In a statement from the Attorney General’s office, we are reassured that there is no reason for the people of the state of Yucatan to wait until crime and violence in Yucatan rises to the level it is in other states. Stopping crime while it can still be handled with a few free workshops is infinitely preferable to fighting it in the streets.

For the past eight years, our readers have seen us report on free workshops throughout the state of Yucatan and often in the municipality of Valladolid. But what happens to the graduates of these workshops and where do their creations end up?

For the past five years, the artisans in saddlery, textile processing, embroidery, and maquila have been forming a maquiladora that supports 80 artisans and 20 administrators. Their work goes to exclusive department stores in the United States, Greece, Spain, Italy, France and Australia. Saddlery has morphed into fine leather goods, and embroidery has become in huipils (traditional floral garment) that sell for up to $1,000 dollars in exclusive shops around the world. As usual, Valladolid is a bright horse coming up on the outside fast and everyone would do well to keep an eye on the area.

“Taking the cool” is a phrase describing the manner in which Yucatecos go outside in the evening and sit around each other’s doorways catching up. This activity is a staple of neighborly life in the Yucatan and analagous to porch-sitting in the US. According to Wikipedia, porch sitting helps contribute to a lively atmosphere, for those sitting and also those passing by. This habit proves that there is value in knowing one’s neighbors and in interacting with them frequently.

Psychologists believe that this behavior encourage socialization and feelings of community. Sharing news and shouting "hola" is a simple but important habit that helps maintain a healthy group dynamic. The tradition is also "an important form of community security, helping to prevent crime." This type of connected behavior is something that everyone craves, but few cultivate. So, get yourself a "fine lawn chair" or rocking chair and “take the cool” of the evening in Merida with neighbors and friends.

Biodiversity experts from 40 nations met in Merida to discuss governments supporting biodiversity. The focus of the representatives was the origin, evolution and maintenance of tropical ecosystems throughout the world.

Few have public policies addressing the issues that lead to the extinction of species of species and the development of monocultures. Monoculture is the practice of raising a single type of crop or livestock in an area. All other varieties are pushed out, leaving the entire area vulnerable to being wiped out by even subtle environmental change. These unnatural fluctuations lead to food insecurity and contribute to global unrest.

The Municipality of Merida is giving the owners of abandoned property one last warning. From now on, the City Council will notify the property owner one time - by letter or phone - and then apply a fine of up to 30 minimum wages to the annual property tax. So far, just in the first half of 2017, Merida has collected more than two million pesos on property where owners ignore warnings.

It is important to address derelict spaces. It does other property owners no good to keep their own property clean and free of mosquito breeding places if there are 10,000 empty and/or abandoned lots and houses in Merida, 600 of which have actually begun to be used as neighborhood landfills. The Municipality is getting over 200 complaints a week so, if this is an issue in your neighborhood, please notify the city. Mosquito borne diseases cannot flourish if there are no mosquitoes and everyone needs to do their part to keep the state as mosquito free as possible.

For the first time, a defamation case has been tried in the state of Yucatan. A customer paid for an order that the merchant could not fill due to circumstances beyond control. A refund was offered to the customer who turned it down in favor of making complaints against the merchant on social media sites. The merchant sued, claiming approximately 50,000 pesos in lost business. The matter was resolved with a fine of 2,000 pesos and a public apology on Facebook. Had the parties failed to reach a solution, the customer could have faced up to two years in prison.

Satellite images show high activity off the Pacific coast of Mexico and northern South America this year. Once that weather crosses into the Gulf of Mexico—via central Mexico—and into the Caribbean—via Central America— it will be on a collision course with points along our coast. Odds are that Yucatan will not take a direct hit, but there will be plenty of wind and rain on the during the summer of 2017. Please be sure to be prepared, at all times, for destructive weather.

On the first weekend of summer vacation, there were over 4,000 visitors on the Malecon in Progreso from Merida and the interior of the state. This is just a drop in the bucket to crowds that will arrive later this summer. During a number of summer festivals (especially the last Sunday before the school year begins) there will be as many as 100,000 visitors in Progreso daily.

Many Meridanos rent beach houses as for longer family vacations. With just 4,000 visitors, the city’s hotel occupancy was at 70%. This means many visitors are searching for alternative lodging. Whether the families stay one day or three, they are often required to pay a package rental price for Friday afternoon through Sunday afternoon. These little getaways run from 2,800 pesos to 6,500 pesos, depending on a variety of factors that include how far back the house is from the Gulf of Mexico to whether it has a pool or not.

This past week, the largest KIA dealership in Mexico opened in Merida. The initial statistics on what this dealership has brought to Merida’s economy are astounding. Looking at all the pretty new cars is fine, but did you ever stop to wonder what an automobile dealership of this size is worth to a city in terms of real money? You might be surprised.

Between building and staffing the dealership, 500 direct jobs have been created and nearly 60,000 indirect jobs. This amounts to about 36 jobs an hour over a period of 4 ½ years. Then, there is the actual monetary investment and its return. Thus far, the direct investment of 80 million pesos has come to a grand total of more than 70 billion pesos and touched every sector of the economy.

These are amazing numbers and have the potential to affect the lives of many more Yucatecos over time. Many thanks to KIA for having this level of faith in the future of Merida and the state of Yucatan.

As Mexico and China—along with the EU and Japan—move toward trade agreements, the US is moving in another direction. Images at the recent G-20 meeting in Hamburg showed an isolated US president. A video of Mr. Trump being bypassed for a handshake went viral; his daughter, Ivanka, sat in for him during parts of the summit; and his entourage was unable to secure a suitable hotel in the area, forcing the US leader to stay in a state-owned guesthouse in the outskirts. 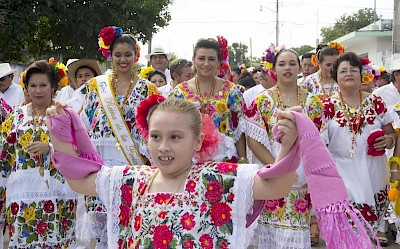 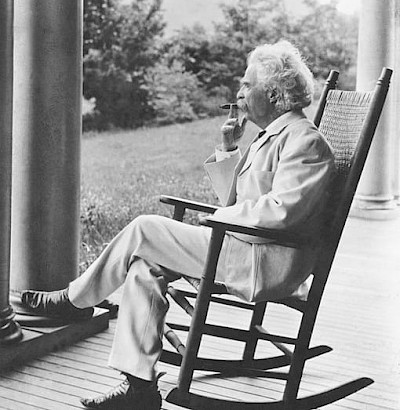 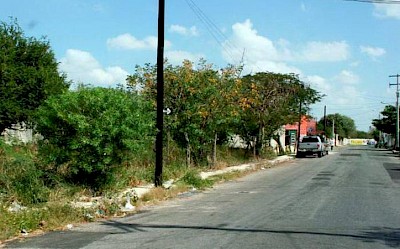 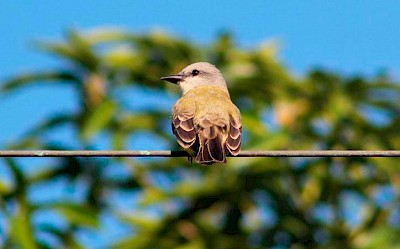 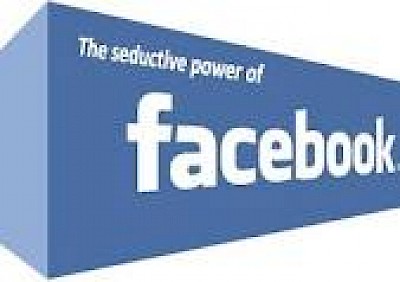 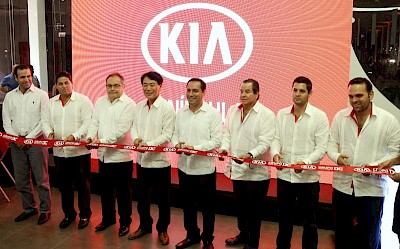 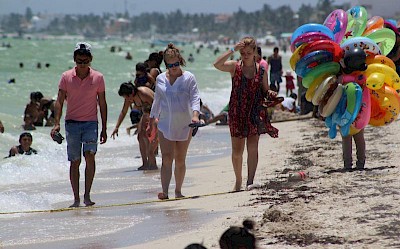 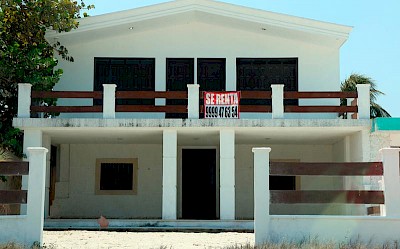 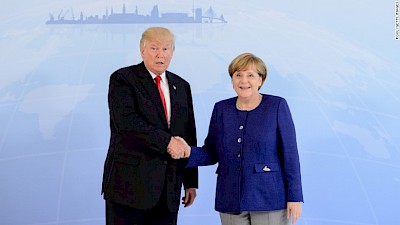