“An ounce of prevention is easier to come by than a pound of cure,” has been the philosophy behind Yucatan’s reaction to attempts by organized crime to enter the state. The installation of 1,200 cc-tv cameras is the latest phase of crime prevention in the Shield Yucatan project.

With hundreds of new police, surveillance cameras, active Neighborhood Watch programs and vigilant citizens, the state of Yucatan remains the safest on the Peninsula.

Do You Have Your New License Plates?

Drivers have until June 30, 2017 to renew automobile license plates. Roughly 2/3 of all drivers still need to get it done and will lose driving privileges for errant vehicles immediately after the deadline passes. From what we understand, the process goes most quickly at the DMV in Progreso, rather than Merida. During lulls, wait times as short as 10 minutes are not unheard of, but the wait is sure to lengthen as the deadline approaches.

To complete the process, bring in the vehicle’s old plates along with the following documentation:

(1) Original and a copy of a current utility bill in your name and with the correct address;

(2) Original and a copy of (a) your passport and/or (b) your residence card or (c) your INE/IFE card if you are a Mexican citizen;

(4) Copy of your current proof of insurance. Check with your agent to see if this has to be stamped and signed as being current. Most expats pay auto insurance annually, so certification that your insurance is current should not be a problem.

Paperwork can be frustrating and tedious no matter where you are living so remember to keep a positive attitude while navigating this essential process. Best of luck to everyone who will be getting their new license plates during May and June.

The 2017 Milk Fair has been a grand success! With support from the Peso a Peso project, more than 300 heifers were given to dairy farmers to repopulate their herds with improved genetics. Peso a Peso contributed one calf with an additional 50 on the way. This is not only a boon for the milk industry, but also for Yucatan’s now growing cheese industry. Genetic improvements in the herds will affect the quality of the milk and cheese produced to such a degree that Yucatan will now be able to compete at the national and international level.

Storm gales of more than 100 km/hr (62 mi/hr) hit the coast of Yucatan and extended deep inland on Cinco de Mayo. As a result, three fishing boats and their crews are missing from Celestun and Progreso. Two more have failed to return to Campeche.

Minor property damage was widespread inland but no injuries or deaths have been reported. A storm surge briefly flooded beach towns and some major streets in Merida. Twenty boats had to be rescued after breaking loose from their moorings and drifting under the Chelem-Progreso bridge.

This powerful storm inflicted several million pesos of damage and took the lives of local fishermen. In light of this tragedy, Vice Admiral Rosendo Escalante Ilizarriturri of the Ninth Naval Zone points out that hurricane season is nearly here. He urges everyone to prepare now and also to share any nautical plans with your local port in advance.

Coincidentally, the ancient Mayan ceremony, Cha-Chaac, was held on a ranch in the Municipality of Hunucma on May 2nd. Supplicants offered prayers to the god Chaac and called on the four winds for the benefit of crops, livestock and a fertile Earth. In return they got rain and hail. Three days later, the aforementioned squall caused loss of life and property.

The rain ceremony traditionally takes place nine years in a row, so we will add our prayers for safety in the coming years.

In Support of Yucatan’s Honey Industry

The Federal Government has set aside 60 million pesos for the strengthening of honey production in Yucatan as part of a national program to strengthen the industry throughout Mexico. In addition, beekeepers are now eligible for crop insurance.

Another positive agricultural development is the federal government providing 77.2 million pesos for henequen producers and fishermen, 40 million of which will fund the purchase of large agricultural machinery to be used communally.

Last week, an elderly man living with relatives in Quintana Roo wandered away from home. His relatives searched for him in the local vicinity, but Yucatan police found him sleeping under a bridge at the Tzucacab-Peto junction. He was lucid, knew his name, where he lived and was able to tell them that he wanted to visit Peto because he used to live there.

When the police contacted his relatives to retrieve him, however, they refused, citing exasperation and a lack of money to continue searching for him after frequent escapes. At that point, the Police Chief cited the law in Yucatan, which states that children are obligated to care for parents unable to care for themselves (and vice-versa). If adult children leave or refuse to take care of their parents the state can file non-support charges against them. Upon realizing the Police Chief seriously intended to sue them, they decided to bring the 80 year old back to live with them in Quintana Roo.

If anyone belongs to an altruistic group looking for a local project, please consider helping the working children of Tizimin. Thanks to Por Esto for bringing the plight of these children to light.

Chichimilá is a small municipality south of Valladolid where less than 8% of the people have a PC and only 1.49% have internet access. Almost 14% of locals there are totally illiterate. Despite judgments we might be inclined to make about modernity and education, this community of under 8,000 is remarkable for other reasons.

The municipality’s organic orchards and gardens produce enough food for residents, which is shared via a communal kitchen. The building in our photo (right) is a picture of their kitchen/dining room, which houses their municipal DIF and proudly proclaims “Together, we are happy.”

The municipality also boasts five cenotes, a sixteenth century convent and close proximity to Valladolid, which has great schools, malls, colleges, and hospitals. For all these reasons Chichimilá is a Yucatan town we are excited to highlight for their admirable values. 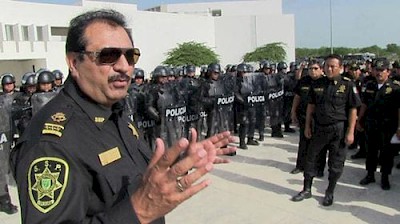 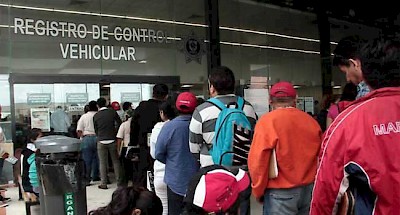 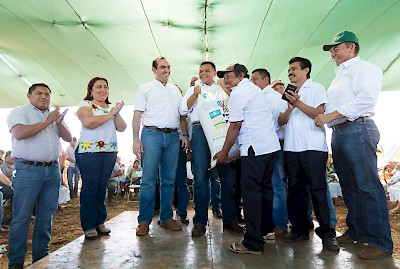 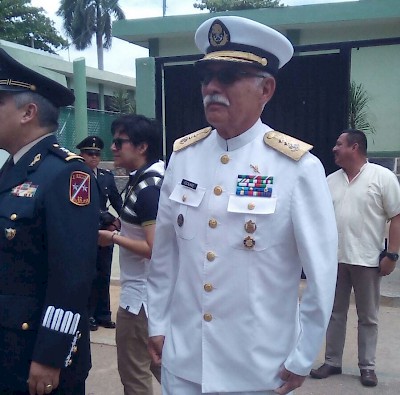 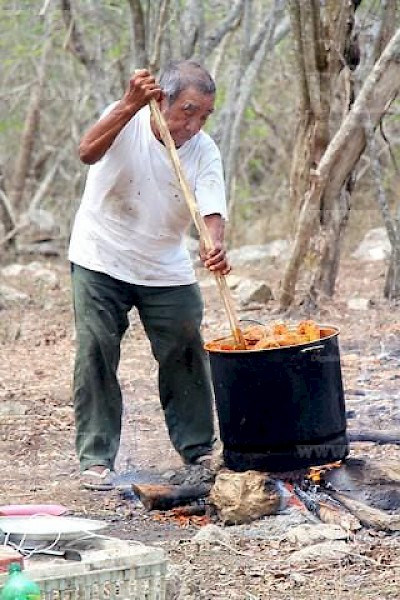 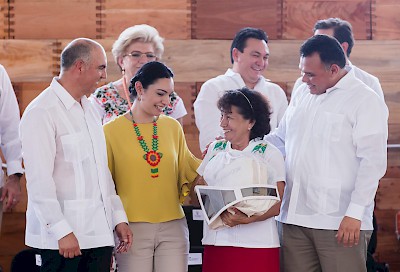 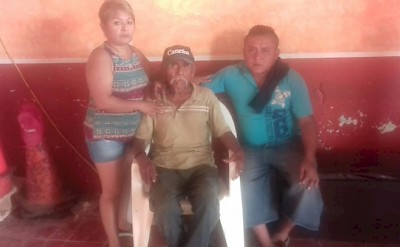 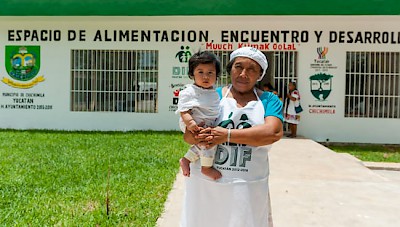 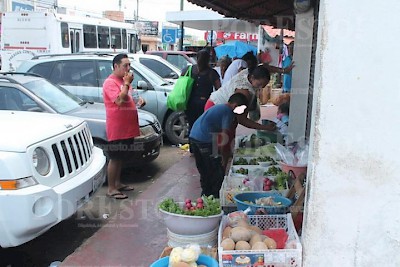