Working Gringa wanted to do something to commemorate the historical event that was the inauguration of Barack Obama. Traveling to Washington, D.C. was out of the question. First, there was work. Second, there was that small matter of 28 degrees Fahrenheit, feels like 17 degrees. After seven years in the Yucatan, 55 degrees Fahrenheit feels like 17 degrees, so that kind of cold was prohibitive. Better just to watch the whole event on CNN Live, and then get back to work.

Leading up to the election, of course Working Gringa bought the Obama t-shirt. She made the phone calls. She talked and read and debated and read some more and of course, she voted. She ordered her absentee ballot from her hometown of San Luis Obispo, CA and even called when it hadn't shown up by the first of October. The ballot arrived soon thereafter, she voted and sent it back via human carrier (a friend) to the United States, to be sure it would get to its destination before November 7.

But as the day of the inauguration loomed ever larger, she wanted to do something else. And then, it struck her! For years, she had admired the bullfight/dance/lucha libre/concert carteles (posters) that are slapped up overnight on walls and telephone poles all over Mexico. Why not make a poster?

On a rare day out of the office, she ventured into a little hole-in-the-wall print shop. The proprietor, Lucio Rivero Manrique of Impresora El Sol greeted her with a big smile. (Yes, she'd like to show you a photo of the big smile, but alas, the photos of that day seem to have been deleted from her camera). The print shop advertises 40 años al servicio al publico (40 years of service to the public), which struck Working Gringa as just perfect. It was 40 years ago that Robert Kennedy was asked when he thought a black man would be elected president. His answer? In 40 years.

Lucio took Working Gringa's order with much joy, after understanding what the poster would be advertising. He pointed to his forearm, and said "Barack Obama!! El tiene piel moreno, como yo!" (Barack Obama! He has dark skin, like me!).
WGa handed him the printed words, asked him to include stars wherever possible and print the poster in red and blue. The rest was left up to Lucio's creative eye.

The day before Inauguration Day, the posters were ready... 100 carefully folded posters in a pink plastic bag. The posters were up in our office and on our front door when Barack Obama took his oath, many miles away. We were watching from our living room in Merida, Yucatan, surrounded by friends and dogs when he took his oath.

When the day was over, we still had about 90 posters left. So, we decided to give them to our readers and to use them as a fundraiser for our next Change is Coming project.

So here you go... now you too can have a page out of the history books. This page is on newsprint, printed in red and blue, with a lot of stars. It commemorates that there were Americans in the Yucatan who were thrilled that Barack Obama is the 44th President of the United States. Nothing fancy... muy tradicional, as a matter of fact. Whether you are Democrat or Republican, you have got to admit, this was a day that will go down in history. Countless thousands of people will have a front page of the New York Times or the Chicago Tribune. But how many will be able to include in their collection a hand-printed commemorative poster from the Yucatan? Less than a hundred, to be exact.

So step right up and get your Yucatan Commemorative Inauguration Poster now!! Available only while supplies last!!

And all we ask is a donation. Send us a donation through Paypal of at least $3.00 (to cover postage and handling) and we will send you one of these commemorative posters while supplies last (be sure to include your address!). If you want to donate more, every penny over and above the stamp and the envelope will go to our next project, which you can learn about here in the pages of Yucatan Living, and which will probably again be related to children and reading here in Merida Centro. Here's a link to the story about the first project we did, providing chairs, tables and books to a local grammar school.

Thank you in advance for your support, and stay tuned because there is certainly more to come! 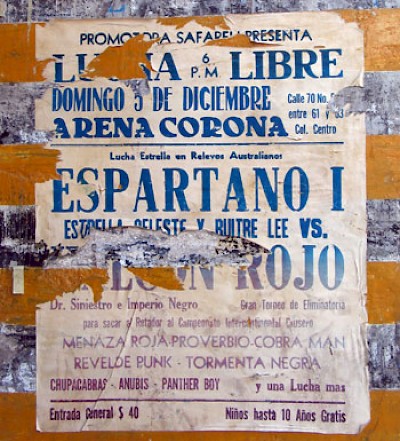 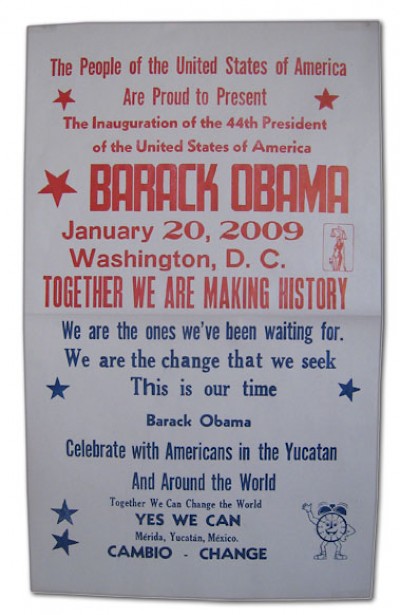 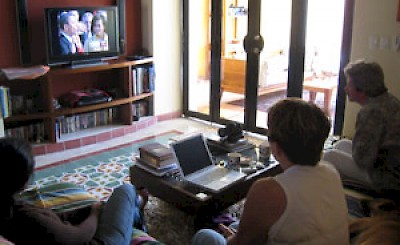 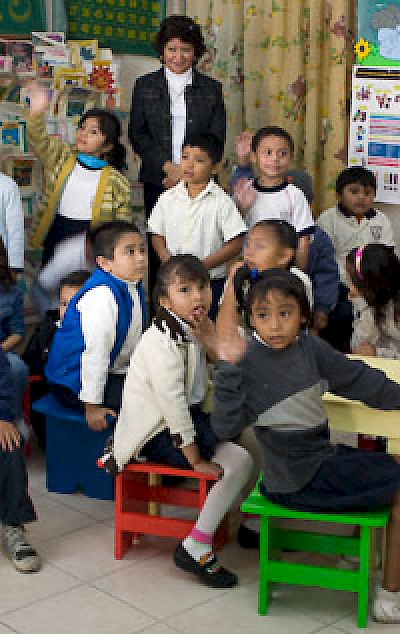