There was a small news story recently that we reported, about UNAM students doing a study and proposal for a gated, planned community that would cater to extranjeros. Another recent newstory mentioned a shopping mall going up in Valladolid, filled with chain stores ranging from Italian Coffee to Burger King. Both these news stories invited a flurry of responses and comments, most of them along the line of "we don't like these kinds of developments".

Over the past year, Merida alone has started (and almost finished) FOUR new shopping malls. There is one now open behind the fabulously modern Liverpool shopping center that sports an ice-skating rink in the center. The Alta Brisa Mall is open now too, located next to the Star Medica Hospital. MacroPlaza Merida is anchored by a Chedraui grocery store and a Super WalMart. The last one that will be finished is called CityCenter Merida and is also located in the north part of town and will also have a Super WalMart. Between them, the new centers will open 56 new movie theatres, bringing Merida's movie screens to 86 in total. The five shopping malls that existed before these had 718 separate stores, and these four new centers will add an 420 additional stores. (Thanks to childrenofhabitat.blogspot.com for these figures). Merida has never in its history, even during the henequen boom, seen such unprecedented growth.

Having lived here for the past six years, we've watched this happen. We've enjoyed the fruits of this growth at times, and agonized about it at others. In particular, a comment sent to us privately about the planned shopping mall in Valladolid prompted us to share our thoughts on this matter. We think there is something important here that all of us who are strangers in these parts need to think about and understand. Pues, (a much-used Spanish expression that means "so" and "then" and "well" and any number of connecting words that basically mean nothing much at all...) the following is the article, the email we received in response and our response to that email.

First, the article in question...

Valladolid to Get New Shopping Center

On the east side of the peninsula, Chedraui is investing $8,000,000 USD in a new shopping center in Valladolid, and it is to be built in the first quarter of 2008. This shopping center will also be home to Italian Coffee, Burger King, Big Home, Coppel, Hollywood Cinemas, Taco Inn, Famsa and Cajun Grill, among others. With the naming of Chichen Itza as one of the Seven New Wonders of the World, the eastern part of our state needs as many new businesses and services as they can get. Hundreds of thousands of visitors are coming and many new residents are deciding to call the area home. It is a long way from Valladolid to Merida (or to Cancun) so this shopping center is good news for everybody who lives there or stops by to visit.

Next, the letter we received...

Our reader wrote: "Regarding the article, is this view about development prevalent in the expat community and at the editorial board of this publication? What interests future retirees about your area is its unique culture and landscape. My wife and I visited Valladolid last winter and we loved what we saw. The Yucatan does not need to stay underdeveloped, but your fascination for (this) type of development described tells me that it is in danger of becoming indistinguishable from the snack strips of El Paso, Fort Lauderdale or Costa Rica, and that this will happen too quickly. Surely, you will agree that what you have now is special. I am not saying local government should restrict growth. But my wife and I were interested in the Yucatan and this article tells us Yucatan expats are anxious to recreate the world they left behind in the north. This begs the question, why did they leave it? It also has caused us to cast our attention more seriously to southern Europe for our retirement plans."

Dear Sir: We don't originate the subjects of our News summaries on Yucatan Living. We translate articles from Spanish-language sources that are published for a Mexican readership. We do this as a service for our English-mostly readership. If the Yucatecos think it's a big story, then we try to include it.

We can't speak for the expat community, of course, but we can make some observations we feel sure about:

1. The "growth" described in the article below is driven by corporate expansion and the desire of the Mexican

people. The expat community has nothing to do with it. Here in Merida, there are at most 6,000 expats in a city of a million Yucatecos. We'd guess there are no more than 70 expats in Valladolid. We have no direct impact on growth that we can tell. The impulse to build and grow comes from the Mexican middle-class.

2. The socio-economic diversity in Yucatan is extremely vast. There are those who exist on practically no money, living a traditional Maya lifestyle. There are multi-millionaires who own half a dozen opulent homes. And there are people of every conceivable walk of life in between those extremes. One or two malls is a drop in the cultural ocean.

3. In general, expats who move here come for the diversity of experience, not to recreate their former lives. But there's nothing like having access to a modern experience when you need one. This is especially true for health care, insurance, real estate and other important matters. If you want to buy a washing machine, you have to go to a modern store. The mercado only carries washboards. Once you've actually lived outside of your own country, you'll perhaps understand that desire a little bit more.

4. Mexicans who are being deported from the U.S., (many of whom have never actually set foot in Mexico), are relieved to find some of the familiar brands and shopping experiences they left behind. A small consolation for them, perhaps, but ironically, it's not unlike an immigrant to the U.S. finding a source of their favorite items from their home country. Also, did you know that far more Mexicans travel to the U.S. each year legally (on a 15 day tourist visa) than sneak across the border? Why? Mostly to shop in modern U.S. malls. But given the choice, they'd rather stay at home to do their shopping.

5. Meanwhile, is it really fair to impose one's wishes on people in other countries? If the Yucatecos want a shopping center, why not? Did you notice that all but one store in the article was a Mexican corporation? That means more jobs in Mexico, more middle-class Mexicans, and probably more shopping centers. This is happening all around the world. It's the big global "catch up" to the so-called "developed" world. Good luck escaping it in southern Europe. If you really don't want to see a shopping mall, we'd recommend the Island of Roatan, off the coast of Honduras, and even there, we're not sure you'd be completely "safe".

What do you think? We welcome your comments... 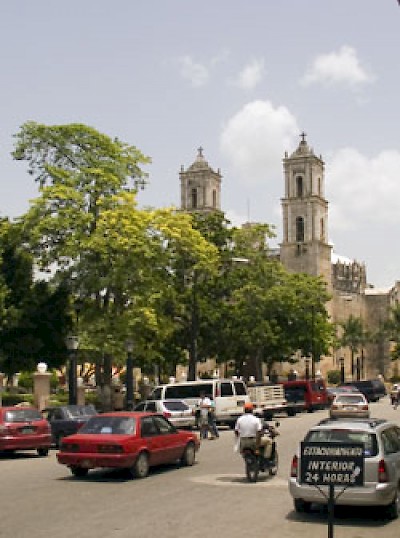 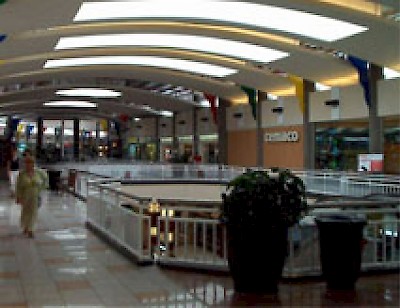 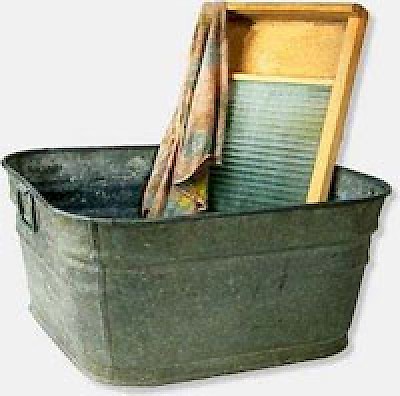 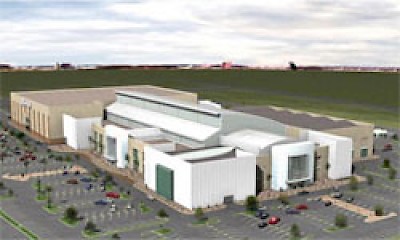