Voting as an Expatriate

While it is debatable whether the popular vote really counts anymore in the United States, we would hate to find out it did in such an important election, and not have voted.

Many of you who read this website are Americans. And many of you are living outside of the United States. But you can still vote! Here's everything you need to know to do so.

How do you vote? You must vote using an Absentee Ballot. And this website seems to be the easiest way to get one that we've found yet:

This website is sponsored by Democrats Abroad, and it will take you through five easy steps

to register to vote in the United States, regardless of your party affiliation (Democrat, Republican, Independent... ni modo). The process gives you the option of having the form emailed to you, faxed to you or printed out on your computer. Once it is signed, you need to then mail it back to the appropriate office (they will provide you with the address). And you will get your Absentee Ballot soon thereafter (one would assume). The last screen also gives you the option to join Democrats Abroad (not required) and to click whether you are out of the country Temporarily or Indefinitely. It cautions you that if you click "Temporarily", you will be sent state voting information but you will also be liable for income tax in that state.

In case you want a less partisan website, here is the government's site for people voting from overseas:

Some Pros and Cons

So is there a benefit to being an expat in the voting process? Or is it a problem? A London expat put this list together, which we think says it all:

The great thing about being an expat voter is:

What's not so good about being an expat voter:

What? Not a US Citizen?

Perhaps you are reading this and you aren't a US Citizen (though why you would have read this far is a mystery to us, but we digress...). You can still make your voice heard through this Vote For President website, where all the world gets to vote. You can see how different countries vote, which is rather interesting. In case you're wondering, at this writing, 89% of Mexicans who voted on this website voted for Barack Obama.

We thought it was interesting that Democrats held a primary for Democrats Abroad and sent 22 delegates with half a vote each to the recent Democratic National Convention in Denver. That means that the Democrats Abroad organization had more say in the nomination of a candidate than, say, Guam. As well we should, because estimates are that there are six to nine million passport-carrying Americans living outside of US borders. (To find out more about the Democrats Abroad delegation to the Democractic National Convention, read this press release.) It is estimated that expats in Mexico make up 3 million of those passport-carrying Americans outside the bbrders of the US, so there is a lot of work to be done, getting all those Americans registered to vote. We spoke today with Nicholas Moreno, the Mexican regional director for Americans Abroad for Obama. He is looking for people to help here in Merida. We're going to do everything we can to help, but as you know, we are the *Working* Gringos. We are wondering if maybe some of the *Retired* Gringos might not have more time for some of these activities. If you want to help (and by help, we mean registration drives, hosting parties to watch the debates, that sort of thing), please contact Nicholas:

We're looking forward to those debate parties, by the way. It's probably a lot more fun to watch them in a crowd. The Presidential debates are currently scheduled for September 26, October 7 and October 12. There will be a Vice Presidential debate on October 2.

We recently received an email telling the story of a group of women suffragettes who staged a protest in front of the White House, demanding the vote, and who suffered greatly in their battle to obtain the right to vote for women in the United States. And certainly, Barack Obama's presence on the stage at the Democratic Convention reminded us of the battles that raged obtain equal rights for African Americans. We worry about the vote counting process, the voting machines, voting fraud, and much more... and we realize we are not alone. but we still think it is important to vote. If everyone does it, well... maybe there will be change we can believe in. 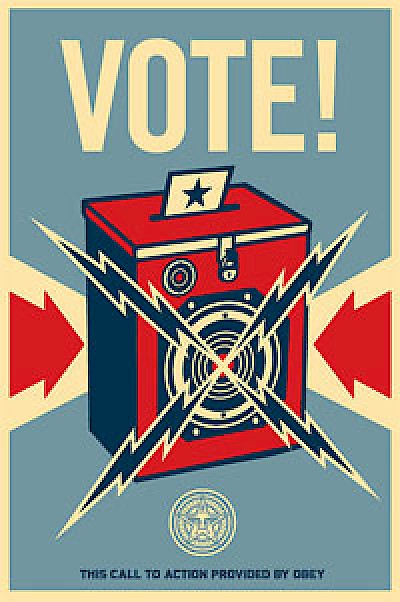 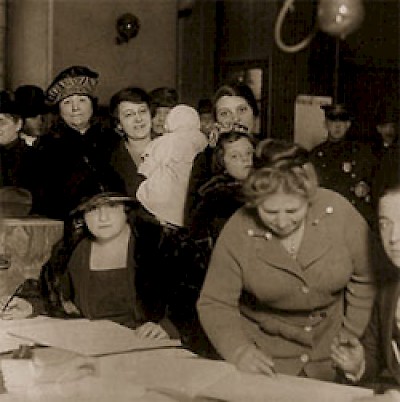