One moment, you find yourself in the center of a small pueblo outside of town. Students dressed in crisp school uniforms ride by down the middle of the street on their bicycles, laughing and calling to each other in the hot midday sun. There is not another car but yours in sight. In the distance, a 16th Century church rises against the bright blue sky. You wonder "Where am I?".

Then there's the far-off stare of a huipile-clad woman in the streets of the mercado, her dark hair bound and coiled behind her, children at her side. As if she wonders what she is doing in this crowded market with cars and fumes and cel phones. Where have all the chicle hunters gone?

Another time, you are struck by the unaffected smile of a city worker as you walk by. He is doing his job, sweeping trash in the street. You aren't young or beautiful. You smile, he smiles and you both say Buenos Días because that is what people do here.

You notice the morning traffic of black xcav crows as they commute in flocks up Paseo Montejo, going north for the day. They swoop straight down the avenue in surges, flying between the trees, like strangely silent flying businessmen. At dusk, the reverse commute is noisy and raucous, thousands of black-suited birds screeching and reciting the details of their day, ecstatic about the encroaching evening and their nightly party in the trees.

There are those precious Sunday mornings in the Centro. Not in the zocalo, where the crowds gather, but out in the surrounding neighborhoods. Whole blocks with no cars, no people, just the quiet heat of midday, the background cries of boys playing out their soccer dreams in a distant street. Old men rock on old chairs in old doorways, stubbled and bare-chested. Old women sit inside their homes watching Catholic mass in Mexico City on television. Briefly, the silence is broken as a family drives up, unpacks itself from a little car, carries aluminum-covered dishes into a dark doorway.

Then there's the sound of empty coconut shells clapping together when a horse-drawn calesa trots by, mixing centuries with uncanny ease.

Or that wonderful Latin-American phenomenon of lovers in the park, when each bench is occupied as if it were a hotel room with a Do Not Disturb sign hung on the door. Lovers mate in full sight, fully clothed. Whispers and smiles swirl around them like honeybees, protecting their intimacy from passers-by. Sometimes, a woman will glance up from her lovers' conversation but though her face is caught by the streetlight, she doesn't see you walking by.

Sometimes, you happen to notice the dripping, tropical crowded undercurrent of revolución just after a heavy rain, when you can sense the plants in your garden start closing in, plotting an overthrow of order with their newly-emboldened viridian chaos.

Or you're driving past a Mayan pueblo after sunset, when each small home glows from within, bare lightbulbs or christmas-lit altars casting light out onto the paths. The present recedes like a tide to reveal a timeless place where people visit in the streets and children play quietly, dogs lie down unafraid and women laugh.

Every once in awhile, it's just the pink prick of bougainvilla, the hollow drum of the ceiba tree, the swishing miniskirts of palm trees with long legs, the flaming flowers of the flamboyanes, and the yellow dripping lluvia de oro and its rain of gold.

And then there's that indescribable high when the red grease slips out from between two ends of the folded tortilla and drips onto your hand just as the almost-sweet spices of cochinita are taken over by the intensity that spreads across your tongue like a habanero prairie fire and blossoms into your throat like a bright red hibiscus of pain.

And afterwards the cool, pop-rock elixir that pours out of the sea-green iconic bottle, like foam from a Caribbean wave, quenching the fire that burns from your mouth to the back of your brain. Brief relief, and then the flames surge back, unabated and hissing for more. Why is it that Coca Cola tastes so delicious here?

At times, its that lazy moment when the day reaches the golden hour, and the sun casts elaborate shadows through the iron protectores across your window onto the brightly colored mosaico tile floor.

Or the moment when you find yourself sitting in Santiago Park, on a park bench painted with 100 coats of green paint, listening to the birds and church bells chiming, watching a young family on a bench opposite you. The children are making faces at each other while they eat ice cream. And the young parents are just quietly enjoying them.

Late one night, you wander down to the center of town and find the zocalo ringed by groups of men, in twos and threes, dressed smartly in their guayaberas and carrying old guitars. From around the square, the strains of singing and strumming reaches you and you realize they are all here just to sing. And some of them have been coming here for decades. Where else could you be but Merida?

The last few days it has been moments when you see your neighbors, walking down the unusually quiet street, blowing horns, laughing and generally enjoying themselves because they just walked back from watching the Carnaval parade.

Merida sometimes seems like it is lost in time, just drifting, occasionally caught up in a swirl of history, but a city apart, receding from destiny, approaching perfection, hotter than hell. Sometimes the beauty of it just stops you in your tracks. For a moment. 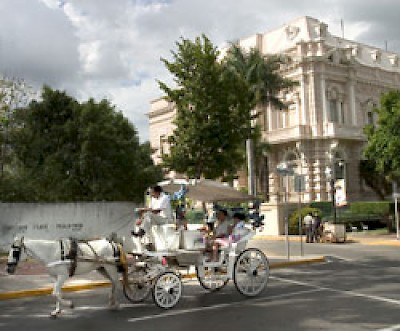 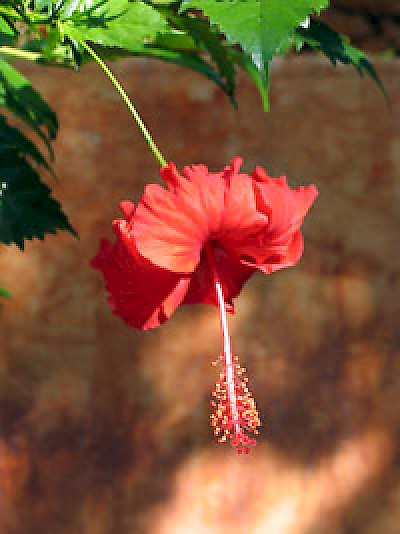 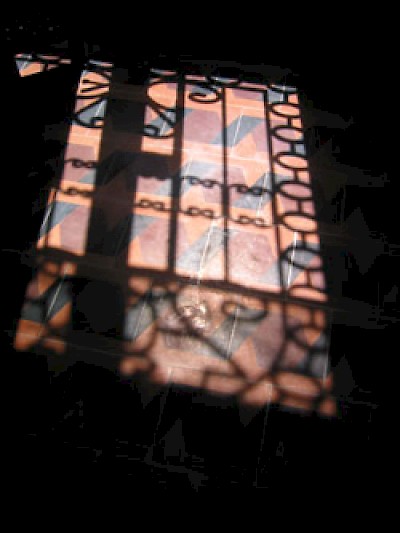