Mercy Mercy Me... What's Going On?

Some of you may recognize the title of this article as the title of a popular song by Marvin Gaye that came out in 1971. The song was on the album, "What's Going On" and became one of Marvin Gaye's most famous in his very large repertoire of famous songs and in 2002, the song won a Grammy "Hall of Fame" Award.

So, what's going on here? Why are we mentioning this?

"Mercy, Mercy Me!" was Marvin Gaye's song about the world's growing environmental problems, which are now focused on climate change issues and which happen to be the subject of this year's sculpture exhibit on Paseo de Montejo. It was also our reaction to the complaints, arguments and discussions that we have heard over the last few weeks about the current sculpture exhibit put up by the MACAY along Paseo de Montejo.

When the exhibit was mounted, we heard that the artists, a group from Germany and one from Mexico, were brought here to create the work (as opposed to sending already-created work as has been done in the past). They were charged with using found materials to create their works. We also were informed that the unifying theme of the exhibit was the environment, climate change and its consequences. "How timely!", we thought. "How modern! How smart! How original!" and we looked forward to seeing the exhibit.

Our usual time of day for enjoying the sculpture on Paseo de Montejo is Sunday morning, about 6 AM, when we walk the dogs. The Paseo is very quiet then, and we have time, space and silence in which to contemplate the art. In fact, it's a near-perfect outdoor museum at that time of day... we highly recommend it!

So, a few Sundays ago, we spent a good hour and a half taking in the exhibit. After a serious observation of the works, we had a number of reactions. First of all, most of the offerings are not as visually pleasing as exhibits in years past. Some of the art was downright difficult to appreciate, and as with any exhibit of multiple artists, there were a few pieces we just didn't like. Conversely, some of the art was not only extremely creative, but thoughtful and thought-provoking. A few pieces were also quite beautiful. Upon seeing the entire show, we were pleased and proud of Merida for having the foresight and courage to mount such an event.

And then, the rumors, the gossip, the chisme (gossip) began.

Mercy, Mercy Me! What's Going On?

After thinking about it, we have decided that what's going on is that the current sculpture exhibit on Paseo de Montejo is one of the most successful exhibits of the Merida art world in the seven years we have lived here. It has gotten to the very core of how we think about Art. For centuries, mankind has been debating whether it is more important for Art to be beautiful or for Art to invoke a reaction in the viewer. Just because something is beautiful doesn't make it Art. Our dog is beautiful, but we wouldn't have much luck getting him into a museum. On the other hand, just because it makes you think or makes you angry or makes you cry, doesn't make it Art either. If we burn down your house, we can make you cry... but is it Art? (David Byrne might argue of course...)

Our point is that the current sculpture exhibit on Paseo de Montejo is making all the residents of and visitors to Merida think and talk about it. The exhibit has renewed, in this small community, the debate about What Is Art? Not only that, it has stimulated conversations and debates about garbage, recycling, beauty, the health of the planet, the point of Art and a whole lot more. Que marvilloso!

Yesterday, over lunch at a local outdoor restaurant, a table of six gringos was vigorously debating the merit of certain pieces in the exhibit. Another gringa came up and told us a story about what she had heard from her Yucatecan friends. In emails earlier in the week, more debate was going on. And from what we hear, the local Yucatecan community has been debating the merits of the show as well. When is the last time this many people have been talking and thinking about art and garbage in Merida?

We especially love a few specific obras (works). We love the reconstituted motorcycle that sits in the place of honor at the Remate of Paseo de Montejo. The artist has recycled pieces of motorcycles and married them together to create a futuristic bird that turns in the wind and seems to be the very embodiment of speed. We've spent a lot of time in Colorado, where there are a number of works like this on display, and we think this is one of the most beautiful we've ever seen. We love the work of the artist that wrapped the trees and their iron boundary fences in pink cloth, using the cloth to suspend more fences in the branches, jumbling them together and expanding our view of where the trees and the boundaries begin and end.

We were delighted with the stand of bamboo, twisted artfully over a mirror, reflecting the child in all of us that slumbers in peace and safety, nurtured by nature. We liked the trees wrapped in huipile-like tents, reminding us that the trees are indigenous, alive and worthy of the same respect as the indigenous Maya. We even liked the piled and painted fruit boxes across from WalMart, testament to the fact that even something as pedestrian and common as a fruit box can be made into something light, lyrical and lovely with patience, care and attention. The concrete pillar, decorated with the indentations of plastic bottles and carryout boxes initially arrested our attention for its designs, and then made us think about the plethora of those boxes all around us and how they contribute to garbage on the planet. The "exploded" house made us think about the fragility of human structures in the face of nature... and we imagine that the degradation of that wooden structure over the next ten months in the tropical environment will be even more cause for thought. The painted plywood box that was constructed around a tree is a visual display of how human construction tends to box nature in, from animals deprived of habitats by housing developments to humans themselves deprived of the soothing effects of the natural world. Other memorable works include the circle of corn kernels containing dirt and growing cornstalks, the child's playset made from recycled metal parts and the outdoor sala with its tiled Yucatecan floor being broken apart by nature erupting from beneath it.

We realize that this particular show has not been received positively by many people in Merida. We encourage them to take another look, and realize that this show is about something bigger than Paseo de Montejo and la ciudad blanca (the White City). It is about the world we all live in, how we are treating it, how we depend on it and how we must both find, preserve and create beauty here if we are to survive. For the people who like the show, but feel angry with the people who don't, we encourage them to have tolerance and understanding. Not all art is approachable right away. Not all art is for everyone. Art is a small word that encompasses a lot of big ideas. There is room in Art for everyone.

Let's all be tolerant of each other's views, and use this show as a catalyst to come together to discuss the things that we have in common, including our garbage, our planet and the future. It would do us all good to remember something that Marvin Gaye sang in another one of his famous songs from that same album:

" We don't need to escalate
You see, war is not the answer
For only love can conquer hate
You know we've got to find a way
To bring some lovin' here today..."

Read this article in Spanish in the Diario de Yucatan's website here. 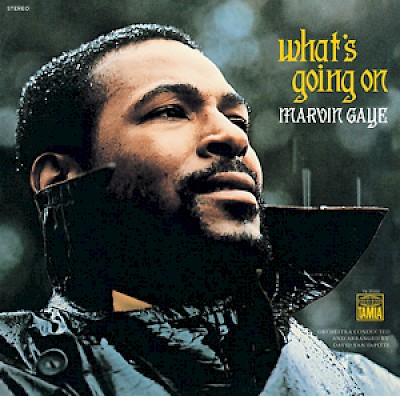 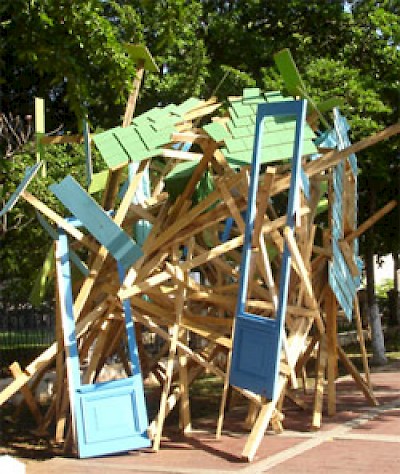 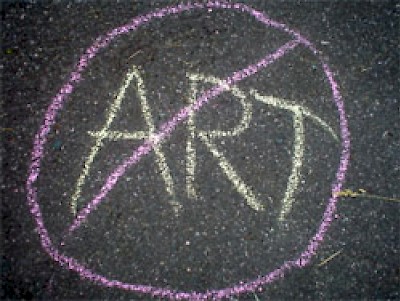 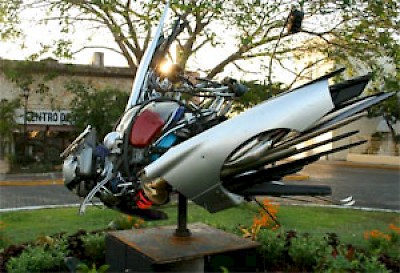 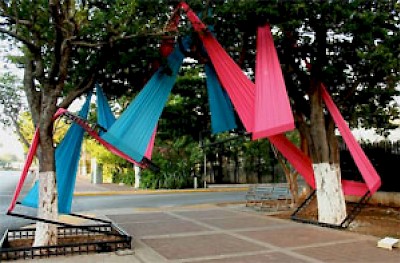 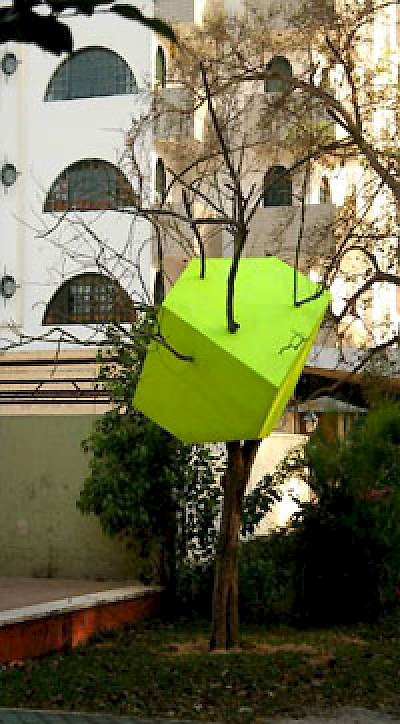