As fellow gringos, we are more than a little abashed by Mel Gibson’s latest film, Apocalypto. We have spent the last few years studying Mayan and Mexican history (perhaps more than most gringos study their own history), but it would have taken Mel’s people only a few days to learn that his movie’s portrayal of 16th century Yucatan Mayan culture is, frankly, stupid.

Let’s say the Mexican film industry, which has produced a large and interesting filmography over the years, occasionally released a period drama depicting historic events in the United States with the same cavalier approach. Let’s say the Mexicans didn’t give a tapir’s ass how they portrayed U.S. history as long as the film “stayed true to their vision” and made a buck.

They could do an American Revolution film. The main character, of course, would be George Washington, a swashbuckling Scott with a thick accent who leads the rebellious Swedes to defend Minneapolis against an oppressive society of Quakers. Side plots would include the invention of braille by a blind Thomas Jefferson and the development of a secret nuclear weapon by a bohemian Benjamin Franklin whose preference for absinth leads him to write Song of Myself, the new National Anthem.

We have a feeling that most U.S. citizens might be a tad put out, perhaps even miffed. Heck, there would probably be disparaging editorials in all the major papers and a congressman or two calling for trade sanctions. Certainly, Bill O’Reilly would have something insightful to say about it.

Meanwhile, here in Yucatan, there is a teenage Mayan girl who will not speak the Yucatec Mayan language with her parents because it makes her feel like a hick. When Apocalypto is released, she will see it at the mall with all of her friends, who feel the same way. They will witness the “evil” culture of their ancestors on the big screen for the first time. How will that make them feel, we wonder? Ignorant? Confused?

Passion of the Maya – Times Union

Apocalypto Does Disservice to its Subject – San Francisco Chronicle

Maya in the Thunderdome – Salon.com

Apocalypto is Upon Us – Indian Country Today 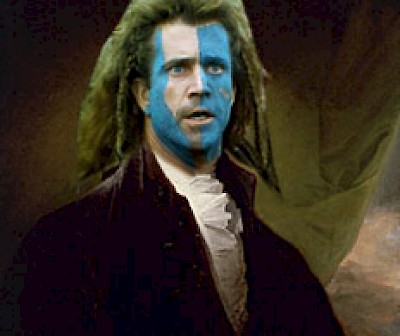