Years ago, a woman who lived at the beach approached us via email to tell us about her program called Progeso Apoyo. Kitty was retired, lived in Progreso and to fill up her time had started this ambitious project to help the children around her stay in school. Through trial and error, she figured out that though there were hundreds of kids who needed help, there were probably only a handful that really would value that help. She looked for the kids that maintained good grades and were motivated to succeed and continue in school, and she devised a system for helping them, using donations from her relatively wealthy (relative to the children in Progreso, anyway) friends from the USA and Canada.

You can read about the Progreso Apoyo program here.

When we heard about the program, and wrote an article about it, we couldn't help but feel that we certainly had enough money to help someone. We volunteered to sponsor a child and Kitty matched us up with a Yucatecan boy with the unlikely name of Vladimir.

We started sponsoring Vladimir in the sixth grade. This photo was sent to us a few years later when he was in high school. It was one of the yearly photos sent by Kitty to show us what some of our money had helped pay for. If we recall correctly, that year our money went towards good shoes, maybe some school clothes, textbooks and that book bag at his feet.

We've had this photo up on our wall for years. It perhaps served as some inspiration for us... testament to some of the real results of all our hard work. Not only were we helping our own children, but for the price of a few fancy dinners in the States, we were helping put this young man through school. We understood from Kitty's letters that Vlad's family had very little, and our support really did make a difference. His father is a mechanic and his mother runs a small tendejon out of the front of their house. Certainly, they would have been hard put to come up with the money to keep him going through high school, as costs were high and income was low. We were happy to help.

Fast forward a few years, and Vladimir had graduated. And done well. He got consistently good grades, and he was one of Kitty's prize students. On top of that, as he had seen one of his two older sisters go to college and become a nurse, he decided that he had what it took to also go to college. Truthfully, as a senior in high school, he had wanted to go to the new Forensics program at UADY, but apparently in the end decided that it was going to be too difficult to get into the program (it was a new program, and seats were very limited). So Vladimir opted for the nursing program at ISSTE's School of Nursing in Merida. Kitty asked us if we would continue to support him, as she was starting up her CAPP program (Career Advancement Program of Progreso). We happily agreed and sent Kitty the required annual amount, which was larger than what we had been sending for his grammar and high school support.

This year, right before school started, we decided that we finally would like to meet Vladimir, if he was willing. By working through Kitty, we found out that Vladimir would love to meet with us and so Kitty helped us arrange to meet him in downtown Merida one afternoon after his classes (he is apparently in school five days a week, from 8 am until 5 pm, and takes a bus to and from Progreso every day. The transportation is one of the biggest expenses for students in Progreso, and our support takes care of this).

We forgot to call to confirm, so we showed up at Amaro Restaurant in the centro half expecting that Vladimir might have forgotten, or at the very least, that he might be late. We were actually about ten minutes late, as we have perhaps taken the Yucatan way a little too much to heart! But Vladimir was there, sitting alone at a table, sipping on a glass of water and waiting for us. He smiled when he saw us, and got up to give us both a hug before we sat down.

Vladimir does not speak much English, so our conversation was mostly in Spanish. After 13 years, we can now hold a conversation in Spanish, though we may not understand all the vocabulary (depending on the subject matter. We're great if the conversation is about computers or house construction!). Vladimir told us that he is studying English in school, but actually he is spending more energy on learning the Maya language, because many of the patients he will be dealing with will only speak Maya.

Vladimir told us that he is studying hard and doing clinical work in the ISSTE Hospital as well. In fact, he told us, he is learning to put in catheters, a process we were glad that we were NOT learning to do. Because Kitty is such a good money manager, she had some money left over in Vlad's account at the end of the summer. On our behalf, she had just bought him a laptop computer. He was very happy to have this computer, which made his studying and working at school much easier, and he thanked us for that profusely.

After about forty minutes together, sipping on ice teas surrounded by an art exhibit of female nudes, we had to go. We had another appointment to run to and Vladimir had to catch his bus back to Progreso. As we got up to leave, Vladimir told us how very happy he was with our support and how much it meant to him. We explained to him that we were happy to do it, that we were very proud of what he had accomplished so far and we look forward to his graduation.

You too can have the satisfaction of helping a young person make it through school and becoming a contributing member of society in the Yucatan. If you are interested, follow the links below to the CAPP or Apoyo program articles, read about them and then contact Kitty to sign up. You might eat one or two less meals out... but you will be so much more satisfied!

About the Progreso Apoyo program

Other programs that have grown from the Progreso Apoyo program 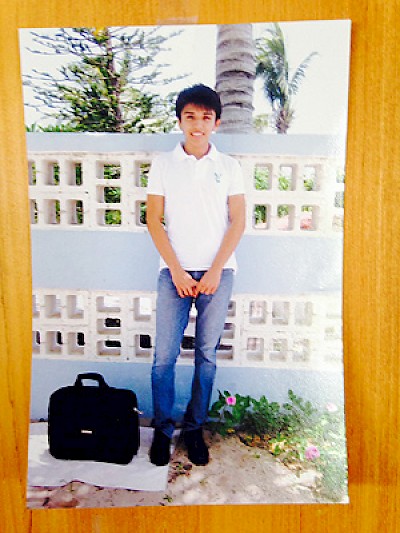 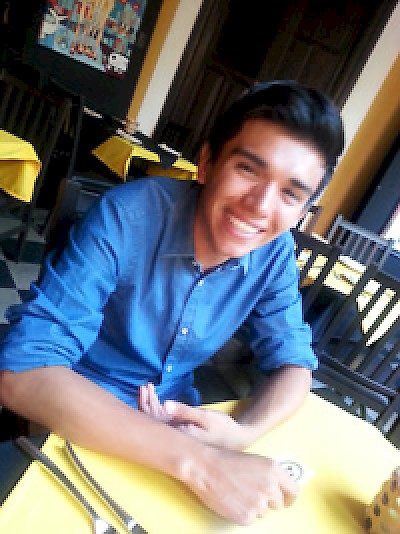 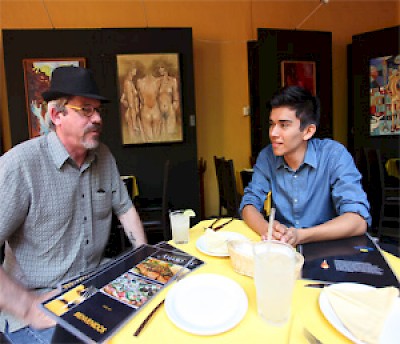