YL: Where were you born?

Lorena: I was born in San José, Costa Rica from a Costa-Rican mother and a Mexican father and I came to Mexico when I was 8.

YL: Have you lived outside of Mexico? Where and for how long? What did you do there?

Lorena: As the owner of a Language School in Mexico City, I organized several trips for the students to practice their English speaking abilities in Australia, New Zealand and Canada. So, I’ve been staying in those countries for periods of about 1 month every year. Some two months ago I came to reside in Mérida.

I’ve always been interested in learning and understanding other ways of “thinking and living”. Being myself a half Costa-Rican- half-Mexican, I’ve lived in a home with an atmosphere of dealing with differences arising from my parents being from different cultural backgrounds, so I’ve come to love the continuous give and take that is generated in cosmopolitan places as New York, Toronto, Edmonton, Quebec, Sidney, Auckland, Mexico City and Mérida as well.

YL: Of all the places in the world and in Mexico, why did you choose to move to Merida?

Lorena: I’ve chosen to live in Mérida because I’m launching a project about family tourism. When owning the Language School and organizing the studying-abroad trips for my students I came across my greatest passion in life: turning people’s tourist trips into real cultural experiences focused in individual needs and interests. I felt the need to show my real and enigmatical Mexico to people from abroad. The southern part of Mexico is full of these untouched, magical almost mythical places and cultural manifestations, but I needed as well the technological comforts of a city where I could be in touch with other places along the “Mayan Route”. So, that’s why I’m here!

YL: Would you consider going back to your hometown? Or moving outside of Mexico again? Why?

Lorena: Thinking of moving? To tell you the truth I couldn’t tell right now because I’m going through a very peculiar process of “falling in love with Mérida” that hasn’t happened to me before. I’ve started to feel for Santa Lucia serenades, the trova, the folklore, the silent streets at night, the Mayan language and cosmology, the ruins… It’s such a magical world. Though, on the other hand, I’ve never been the sedentary type…

YL: What are your concerns or opinions about the current debate over illegal immigrants in the United States these days?

Lorena: I think the problem of illegal immigration to the United States is no more than an outcome of the wrong way in which the Mexican government manages the nation’s resources. Therefore, it’s not an issue that can be resolved with laws that prohibit or allow, but with strategies that prevent the problem at its roots.

Of course I disagree with the killings and mistreatment done to illegal people on the Mexico-USA border, but… I’m thinking of a Mexican saying, which is la mula no era arisca, los palos la hicieron, which could be translated as: “the mule was not unfriendly, the sticks did the job”. I mean, I do think the United States has all the right to protect and assure by all means its economy and living standards by closing up its frontier to illegal entrance. It’s Mexico’s government, from my point of view, that is the one in charge of increasing people’s living standards so that people don’t feel the need to run away from their home towns in order to survive. I’ve always thought that it’s not that Mexico is a poor country, but it’s a poorly administered one. There’s too much unfairness and corruption!

YL: How do you feel about the increasing number of Norteamericanos moving to Mexico?

Lorena: It’s quite a different situation to the one of Mexicans going into the States of course! Mexicans go to work there and bring the money here! “Norteamericanos” as you call them bring money into the country, whether through business or retirement, to move Mexico’s economy! Apart from that, I’ve worked for both Mexican and foreign companies, and I have to say that foreign directors are really interested in the well being of their staff, whereas - it’s a pity to say - most Mexican directors are not.

YL: If you have children or elderly parents or both, how do you think your move back to Mexico is affecting them or will affect them in the future?

Lorena: Well, my parents are now in Mérida with me living in retirement, and although they made their decision to follow me, I still keep feeling responsible for what is or “may be” happening to them here!! They’re not working now, so it’s been a bit difficult for them to make friends. But, as a whole, I think they feel much better here than in crazy Mexico City!

YL: Do you have family in Mexico? In the USA or other countries? Did the location of family members affect your decision to move back?

YL: Now that you are back, what are the most striking differences between where you were living before and where you live now?

Lorena: I was living in Mexico City before coming to Mérida and that was such an experience! I can tell you it’s a wonderful city to visit or to live in for a little while, but you need to be an adrenaline addict if you decide to spend the rest of your life there, commuting up to 5 or 6 hours daily from and to work, being afraid of being assaulted or raped (I myself was assaulted eight times in a period of six years!), being continually ill with flu or respiratory diseases…

Lorena: Peace and quiet, and lots of culture!

YL: What do you miss from other places where you’ve lived?

Lorena: When I was in Toronto, in Auckland or Sidney I was amazed at the order, cleanliness and education of their people and I really miss that.

YL: How is working or owning a business here different from somewhere else?

Lorena: There was much more competition in Mexico City, which on the one hand was good because that forced you to keep your quality standards high and on the other, with the fast pace of life, people really cared less for what you were doing or how you were doing it. Some customers were much more anxious about receiving the product quickly than for having a good quality of production.

YL: Do you have to do more than one thing to make a living here?

Lorena: Yes, I’m a part time Spanish-English teacher apart from organizing my trips. But the good part is the feeling of having more time due to the lack of traffic jams.

YL: Do you work as much as you used to before you moved here?

Lorena: Well, I definitely work the same as I used to work in Mexico City, but I commute less, so I have time for hobbies, reading, working out, going to the beach, listening to live music…

YL: Are you bilingual? Do you find that to be an advantage here in Mexico?

Lorena: Yes, I’m bilingual and that’s a real advantage in Mexico and elsewhere! You can really get to know people, their way of thinking, their way of living and their way of feeling! Language is the most complete manifestation of a culture! If you know the language you can then breathe a culture.

Lorena: Yucatan is beautiful, but it has so many peculiarities that you should come and experience first hand for a trial period before making a decision. Remember one man’s meat is another man’s poison! You can’t make a decision based on other people’s experiences.

YL: How do you feel about the economic prospects in Yucatan?

Lorena: I think Mérida is at a point of growing up, but unlike other cities in Mexico, there’s still a concern about keeping alive its traditions and folklore.

YL: What do you think is the Yucatan's biggest problem? And what do you see as the solution?

Lorena: I guess one of the main problems that obstruct Yucatan’s growing is people’s low education rate. However, I don’t think this is caused by a lack of educational centers, but by a lack of conscience in people. When traveling around Mexico, you learn this is a general problem in all Mexico. There are enough free government educational centers, but people conform to a life with a low salary. I guess a national campaign in order to motivate the ambition of young people for reaching better positions and better salaries would help a lot.

Lorena: Being recognized in the tourist industry for innovating and offering a different kind of good quality tourist service. Showing my real Mexico to the world and helping native communities to live better by keeping their traditions and way of living.

HOME IS WHERE YOUR HEART IS. 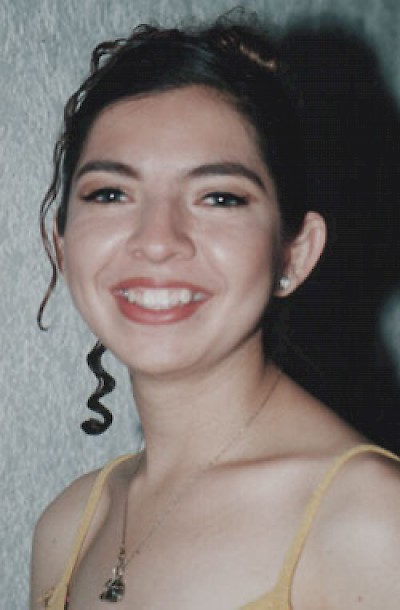