Our latest interviewee lives in Merida only six months out of the year, like many of our readers. Call them Snowbirds, or half-pats, or whatever you like... they make up a substantial and growing subsection of the expats living in Merida these days. Justin Spring splits his time between Sarasota, Florida and our fair city.

Justin: I moved to Merida in November 2008 from Alamos, Sonora, where I have lived for 5 years during the winters.  My American home is in Sarasota, Florida.

YL: Why did you move?

Justin: For artistic reasons and also because I wanted to be closer to Sarasota, where I currently spend six months a year. I can fly to Merida in 3 hours, whereas the remoteness of Alamos required a six-day drive from Florida.

Justin: I chose Mexico because of the Mexican people and their spiritual and personal values, which I find immensely appealing and invigorating. I chose Merida in particular because it was a cosmopolitan city with large cultural and artistic resources.

Justin: I currently rent and will continue to rent in Merida until my home in Alamos is sold. The current economic situation has drastically slowed down home sales in Alamos.

YL: Are you doing now what you intended to do when you moved here? If not, why not?

Justin: I am doing exactly what I planned to do, which is to teach others how to express themselves artistically through my non-profit, SOULSPEAK/SOULMOVES, and to create art and travel videos of Merida and the Yucatan, just as I did for Alamos and Sonora during the five years I lived there. The travel videos I make are for general consumption and reflect my personal interests in American and Mexican society, food, history and culture.  They are fast-paced, humorous and idiosyncratic. My prize-winning art videos, which I call Dreamstories, are short, artistic collaborations with American and Mexican artists and musicians, and are very similar to dreams. They will probably be of interest only to art students and creative types.

YL: What are the most interesting things about living here for you?

Justin: First of all, the sense of peace and safety I have. As an artist, I work odd hours, often late into the night. At my current location which is halfway between Santa Ana Park and the Paseo Montejo, I often take long walks on the Paseo at between 1-3 am and have never been bothered in any way. I feel safer than I do in America.

The other thing of interest to me is the depth of the artistic climate in Merida. I particularly like the fact that the arts can be found at all levels, from avante garde Museum events to the weekly populist music and art festivals in Merida's various parks. This depth of artistic expression is in many ways superior to what can be found in my own home town of Sarasota, which prides itself, and rightly so,  on being one of the outstanding  arts towns in America.

Justin: The Mexican people. Despite the bad press that Mexican immigration and crime has been receiving lately, it would be hard to find a more family-centered, hard-working, polite, friendly people.
Most Americans would agree with me that they make excellent visitors and potential citizens as well as genial, supportive hosts for those of us who have chosen to live in Mexico.

YL: What do you miss from your "ohter life"?

Justin: The variety of food conveniently available in America, both in supermarkets and restaurants. Merida however, is a large enough city that you can find just about everything you might want here. It just takes a little longer.

YL: What don't you miss from your "other life"?

Justin: The hype and lack of values that saturates the American culture. To most artists, including myself, it is an indication of a pervasive selfishness and shallowness that has been steadily corroding the American character since the Fifties.

YL: What is your favorite local food?

Justin: I love tacos of all kinds. They're cheap, nutritious, fast and without additives. My second favorite is the whole fried fish available in Chelem and Progreso. How can you beat it?

YL: What is your favorite time of year here and why?

Justin: Winter obviously, which is when I come here, in Nov thru April.

YL: Where do you take guests who visit you here to show them something really special?

Justin: Believe it or not, I let them pick the spots, which invariably turn out to be one or more of the pyramid sites. When they've had their fill, I take them to a breakfast buffet at the Gran Café, on the Remate at Paseo Montejo. I love the Gran Café for its gracious service and atmosphere. On Saturdays I go across the street from the Gran Café to Mexico Night (Noche Mexicana), which is simply a great evening of Mexican dancing and singing.

YL: The last time you went out to dinner, where did you go and why?

Justin: I went to the restaurant Frida, which is built around the history of Mexican painter Frida Kahlo. The food was excellent. I went there because some literary friends wanted to see it.

Justin: I don't see any difference tell you the truth; at least not in my neighborhood.

YL: Do you have friends from the local community or do you pretty much hang with the expat crowd?

YL: If you are working or own a business, what is it like owning and running a business here or working here? How is it different from doing the same thing in your country of origin?

Justin: The non-profit that I run, called SOUKSPEAK/SOUMOVES, has a primary mission to teach others simple artistic forms they can use to enrich their lives. We have a special program that helps disadvantaged children express themselves from a deep emotional level. It is extremely simple and can be used immediately by both Spanish and English-speaking children.

YL: Do you find it more or less difficult to make a living here than in your country of origin?

Justin: Making money in the arts is always difficult, if not impossible, no matter where you live.

Justin: No. Except I spend less time on the phone, which I like.

YL: Did you speak Spanish when you moved here? Where did you learn Spanish (if you did)? Is the language barrier a problem for you in your daily life?

Justin: I learned Spanish by first studying it in books. Then I threw myself into the marketplace and thrashed about until I finally learned enough to make myself understood. I found that necessity is indeed the mother of all learning.

YL: What interesting Spanish word or saying have you learned lately?
What does it mean and how did you learn it?

Justin: Justino tiene bien dientes (Justin has good teeth) which is slang for 'Justin is a big eater', which I am. My Mexican friend, Claudia Azul, thought I'd like the expression, which I do. It's rather funny and poetic at the same time.

YL:  Are you a Mexican citizen? Do you plan to become one?

Justin: No. Not yet.

YL: Have you traveled much within Mexico? If so, where and what has been your favorite location to visit? What did you see there that you liked so much?

Justin: I've travelled extensively on the west coast of Mexico from San Carlos down to Puerto Vallerta. My travels on the east coast so far include only a bit of Cancun and Merida. I liked the old section of Puerto Vallerta very much; it reminded me of Greenwich Village with sand and hiils. Very clubby, if you know what I mean.

YL:  How are you treated by Mexicans? Do you feel resented or welcome?

Justin:  I always feel welcome. I happen to have a big smile and like to joke around. I am also self-deprecating in my humor, which helps a great deal as Mexicans have a very sly and quick sense of humor. More Americans should try it. It makes everything easier when dealing with Mexicans.

YL: How do you feel about the economic prospects of Mexico? Of the Yucatan?

Justin: I have no idea. By the way I'd say the same thing about the States.

YL: What are some changes you are hoping for in the city in which you live? Do you see any progress towards these changes?

Justin: I hope it will stay the same. I like Merida just the way it is. The one exception is I'd like to see bigger bus seats, being a big guy ( 250 pounds).

Justin: To become a part of the artistic community, both gringo and Mexican.

YL: What is the one most important piece of advice you would give someone buying property and/or planning a move to the Yucatan?

Justin: I learned this from my experience in Alamos: Go slow. Rent first. Hire workmen who come with good recommendations and whose work you have actually seen. Always pay for work done as it is done. Never in advance.  Be prepared to be misunderstood 95% of the time. Ask to see pictures of what work is to be done. Pencil and paper will save you a lot of disappointment. And money.

YL: If you could say something to all the people of Mexico, what would you say?

YL: If there is anything else you would like to add for our readers (people interested in or considering moving to the Yucatan, former Yucatecans, people planning to visit for an extended tour…), please add them here:

Justin: Mexico is not America. Things go slow and are often late. The print on medical/food packages is too small to read and the packages are very hard to open.  If you want Mexico to be like America, stay in America.
If you want to feel the warmth and graciousness of the Mexican people, relax and slip into a different life. You'll live longer and be happier.

Justin Spring is a prizewinning poet, video maker and writer. His full biography, activities, videos, DVDs, CDs and Books (poetry, fiction and
non-fiction)  can be seen by going directly to his web page, soulspeak.org.

To find out about Justin's non-profit healing programs, visit his web page and then click on SOULSPEAK Healing Programs. 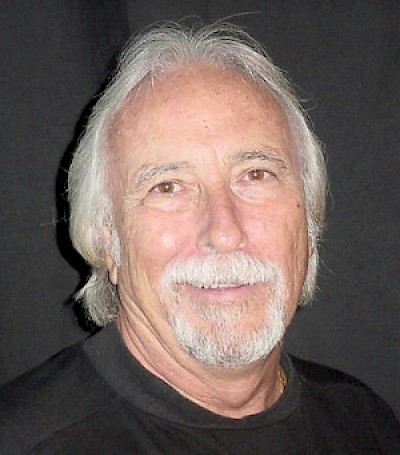 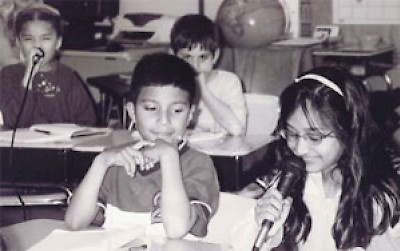 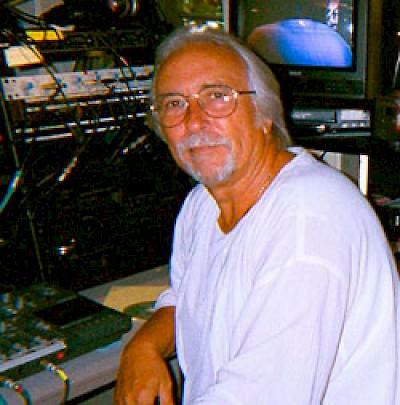