I moved from Los Angeles 1:40 am on October 3rd, 2006, A day that will live in infamy... Oh that's been said already.  If you happened to be at LAX around then, I was the one who was walking around hugging everybody with a smile on my face so big that I'm sure the sun came up a little earlier that morning.

There are so many reasons for moving, however, I think timing had a lot to do with it.  After running a business for twenty-four years, I was completely burned out. LA had been good to me but increasing traffic, crime and the cost of living were making me very unsettled. Couple that with my disgust and embarrassment with our beloved George W.  It was truly time for a change.

I had been aware that there might be "life after LA" for a couple of years so I was open to the possibility of relocating. Then one sunny day in April the universe smiled on me by delivering to my e-mail an article on Mérida in the New York Times travel section,  and as they say... the rest is history.

Ian: The New York Times article spoke so highly of Mérida in every way possible that I felt a closer look was required. It seemed like Mérida was the polar opposite of LA. Affordable, safe, friendly, great health care, Costco...

I've always been drawn to Latin countries and values so this seemed like a natural path to follow.

YL: What do you plan to do after you move here?

Ian: Many years ago my father gave me two sound pieces of advice. "Don't marry

for money but marry where money is" and "Don't be self employed, take a paycheck and let someone else worry about the overhead". Of course I listened to neither.

In true fashion I continue to ignore that sound advice. I bought two properties in Mérida, one to live in and one to rent out as income property. So I continue to be self-employed though in a much smaller way.

Incidentally regarding my father's other gem of good advice… I have been the breadwinner in every relationship that I've had. So if you are interested in breaking this sad and tragic pattern please don't hesitate to get in touch. Soy muy disponible.

Ian: I guess so.  I will not take possession of my income property until after the new year so I'm taking this time to decompress from LA, settle in, explore, forge relationships and soak in the slower pace that I have been craving.

from Los Dos Cooking School.  It turned out that we have a mutual friend in LA so after several introductory emails, Keith (realtor extaordinaire and wearer of many other hats in the community) and I set to work.  I flew down in May and bought two houses.

Ian: I love it. Starting fresh feels really good, however a lot of people who move here come with their significant others. For those of us who come alone I think it might be a little tougher. I feel like there is such a community spirit here that it shouldn't take too long to make friends though. Already everyone that I have met has been very friendly and welcoming. Every day brings something new.

Ian: Never say never but I have no plans as of now.

YL: What are the most striking differences between living here versus living where you lived before?

Ian: There are so many differences but some of the striking ones are:

1) After researching endlessly on the internet before moving here the ONLY issue that came up consistently as being a drawback was the heat and humidity. It's true!  It can be a little torturous but it's a small price to pay.

2) The smell at certain areas in the food market. Oy! Wide berth required…

3) Having mentioned the smell in the market!  There is also a distinct lack of smells that you associate with a city.  It feels fresh and clean in comparison.

Ian: My goodness,  there are so many things to love.

There is a gentleness that permeates everything here.  People are considerate and delightful. There's a simplicity about them. Locals and ex-pats (or as I affectionately call them "The displaced and unwashed") alike seem genuinely interested in each other’s well being.

I love the architecture and the culture.

Most of all… this is a little odd as it has NOTHING to do with anything Yucatecan… The VIP room at Gran Plaza.

Ian: I haven’t actually started yet but no ridiculous broken bogus systems to deal

Ian: Thankfully I will be able to survive on rental income. Not having an enormous mortgage payment every month and insane property taxes will make life just a little lighter here in sunny Mérida.

YL: Do you work as much as you used to "back home" or are your work habits

Ian: Pretty much all of my habits are different here. I'm in semi-retirement

YL: How is Merida different for residents than it is for tourists?

Ian: Hmmm, good question. Since I'm fair skinned with light hair, locals still treat me like a tourist.  I try and avoid shorts in public to try and blend in but inevitably someone wants to sell me a hammock wherever I go!

I also think that a lot of the tourists can't see "beyond the facades" and are a little put off - especially at first. Residents know better and have an air of insider information about them, if that makes sense?

YL:  How is your Spanish?

Ian: I speak Portuguese pretty well so this is like taking the next step. More often than not I'm all confused as there are many similar words but the pronunciation is very different.  I plan to get a teacher very soon.

YL: Is the language barrier a problem for you in your day-to-day life?

Ian: Not really, I seem to be able to communicate okay. The locals are extremely receptive to a smile and a "game of charades". However I don't want to be one of those people who doesn't try to assimilate. You're in a Spanish speaking country for God's sake. Speak their language!  I believe it is only common courtesy and a matter of respect.

YL: What is the one most important piece of advice you would give someone

planning a move to the Yucatan?

Ian: Well, it's not for everyone so you should probably come and rent a place for a while to see if you like it.  This of course is not how I work at all... ha ha, so I don't practice what I preach!  So far there is nothing that I regret or wish that I had done differently.

YL:  Are you a Mexican citizen?

Ian: When I first moved to the USA in 1982 I considered becoming a citizen however someone told me that if I ever found myself in a "situation" in or around those questionable Middle Eastern countries that I would be better off having a British passport. Fast forward to today. Enough said!

Ian: I generally feel good.  Some of them basically ignore you.  Some engage you

with a smile.  Some want to sell you something.  Mostly they are gracious and friendly and most importantly of all I don't feel like I am being tolerated.  I try and wear a smile, I'm happy to be here.

Ian: I feel very optimistic about the Mexican economy.

Regarding the local economy I feel that the money being poured into Centro is a good thing since the character of the buildings will remain the same, all be it a little "fresher"

Ian: No real plans other than to decompress, embrace and take a little time to enjoy new friendships and my new chosen life in this beautiful city.

Ian: I think it has the potential to grow but I need to decide if I want it to. Probably not.

Ian: Yes, If I find somewhere more suited to me I might move on, but I think that is a serious long shot.

Ian: I have been blessed in my life that things seem to always fall into place for me. I am very thankful to have stumbled across this wonderful opportunity and feel privileged to be here.

Ian Arthur bought a house from the Working Gringos and has started a vacation rental business in Merida. Find out about it here. 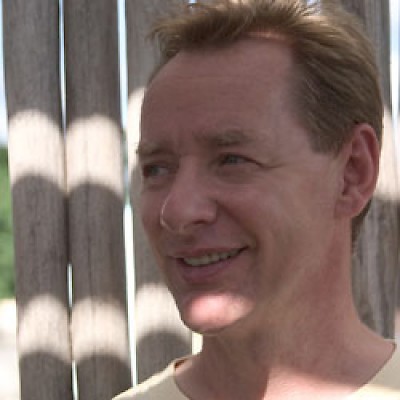