Gus: I began a business here almost 8 years ago. Prior to that I had traveled throughout Mexico, but had never been to Merida. My first visit was in 1994. I was a professor at the University of Southern Mississippi and our Study Abroad program had already set up a 3 week course here but needed a prof to accompany the students. Since I spoke Spanish, I was asked to go and jumped at the chance.

Of course, I fell in love with Merida. It is totally different from the rest of Mexico. I began to look for ways to come back. I obtained a grant with the government for 3 months during the summer of 1996. By the end of the grant, I was hooked. I was now looking for a way to make a living in Merida.

In 1999, I was fortunate enough to have the opportunity to go into business. This was my dream and through the loyalty of my customer and the hard work of a very committed management team and employees, I was able to grow a business from scratch to 450 employees.

Gus: I rented for a very short time. I began to look for an old home to remodel in the downtown area. Once I found one, I was able to remodel. I have since sold it and am now in the remodeling process again in Garcia Gineres.

Gus: Any city is a package with good and bad elements associated with it. On the whole, Merida, in my opinion, has many more positive elements than negative. It is a city that has changed dramatically since I first visited. The most striking change is the growth and the traffic congestion associated with that.

In general, Yucatecans are a very friendly and warm people. This makes living here that much more pleasant.

Gus: Most likely, at some point in the future, I will return to the States, but I hope to always maintain a home here.

Gus: I don’t think we have time to cover them all! Seriously, the primary difference relates to the ease and comfort of living that most expats have become accustomed to in their home country. Often, it seems that many things that we take for granted in the States can become something of a struggle here. For example, in the States we have natural gas pipelines that continually deliver gas to homes. No such thing exists here. You run out of gas when your tank is empty and that may be in the middle of cooking a meal!

Driving turns into a real adventure.

The paperwork required for almost everything here is tedious, to say the least. Trying to do business in a culture that embraces tedious paperwork and that relies on a huge bureaucracy for permission for even the tiniest of details is very frustrating.

These negatives are certainly offset, in my opinion, by the people. As I already said, they are very friendly, warm and caring. I have found them to be very committed and loyal.

Gus: Actually, I love the people and the climate. While everyone, including me from time to time, complains about the heat, the heat is only really bad in May and June. From about October to March, the weather is actually perfect.

Gus: The ease and comfort of living.

Gus: The problems concerning paperwork and government interference in terms of requiring permission for almost everything is very frustrating. Running a business is made much harder than it needs to be as a result. But it is obviously doable.

On the positive side, I am constantly amazed at the commitment from my employees. The hurdles and burdens that they face in just getting to work are enormous. While we do provide our own transport from downtown or from outlying pueblitos, the time involved for them to get to work is normally well over an hour. If we require overtime, this means they don’t get home until very late, only to wake up early with little sleep the next day to arrive at work on time. I have enormous respect for what they go through to have a regular paycheck.

Gus: I have always been pretty much a workaholic. It is really no different here.

Gus: I have lived in other tourist destinations before and it is always the same. To some extent a resident becomes gilded to the attractions that draw tourists. Tourists are here sort of wild-eyed at the ruins, the architecture, the history, etc. I was the same way when I first arrived.

Gus: I guess I would be considered fluent. However, Spanish is a second language I learned as an adult so my fluency is relative. I can always see in my employees’ faces when I have made a mistake. For example, just pronouncing an “a” when you should use an “o”, can drastically change the meaning of a word. Often these subtle pronunciation changes result in a word that is not used in polite society. I am always a source of amusement, apparently, for my employees and other native Spanish speakers. Also, Mexicans use a lot of words that have double meaning – I sometimes do that without knowing it! And they know I don’t know it which seems to make it even funnier.

Gus: Make sure you get the facts and understand the market before you buy or invest.

Gus: The only barrier would be if I have to give up my U. S. citizenship.

Gus: They are not as good as they should be, in my opinion. The Mexican government continues to believe it has a NAFTA monopoly when it does not. China is eating Mexico’s lunch and many factories have closed as a result. The government has not been as investor friendly as it could be.

The tourist industry remains fairly strong but could be stronger if marketed better.

For the retired expat, this may not be a bad thing as the peso will continue to devalue over time against the dollar. For the average Mexican citizen, I don’t see the picture getting brighter unfortunately.

I cannot overemphasize two things. First, the people are the greatest resource the Yucatan has to offer. Second, if you are considering moving or investing make sure you understand the facts and the realities before making a move.

Gus owns a maquiladora that manufactures uniforms for companies and government entities in the United States. 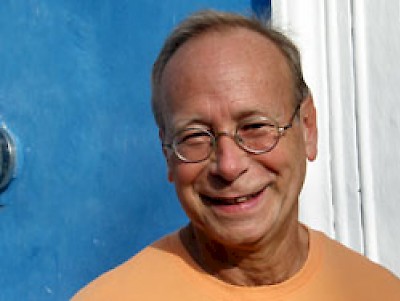