YL: Where in the Yucatan were you born and where did you grow up?

Eduardo: I’m sorry to disappoint you but I’m not a real Yucateco. I was actually born in Manhattan because my parents were living there at the time. My father worked in the U.S. for a couple of years where he had recently married my mother. That’s when I was born. I obviously have no recollection of my time in the U.S. then, since I only spent about eight months there. My parents then moved back to Mexico City which was their hometown and that’s where my family, which consists of both of my parents, two younger sisters and myself, lived for the next 16 years.

At that point my parents made the decision to move to Merida, the decision was based on trying to provide their kids a better environment. Mexico City was not a friendly place. Also, they wanted us to experience living in another city, so that we could make a better decision on where we wanted to live when the choice presented itself. My sisters are now both happily married to Yucatecos and live in Merida and Cancun. Even though I wasn’t born in the Yucatan, I always tell my Yucateco friends that I’m more Yucateco than them. The reason is that I choose to be a Yucateco; they were just born without a choice.

YL: Do you have family living in other parts of Mexico or in other countries?

My parents and sisters still live in the Yucatan Peninsula, all of them in Merida except one of my sisters and her husband who live in Cancun. The rest of my family (cousins, uncles, etc) is mostly in Mexico City but I have some relatives in Los Cabos, San Diego (CA) and San Antonio (TX).

YL: Where did you go to school?

Eduardo: I went to school at the Instituto Cumbres both in Mexico City and in Merida. I then went to the Universidad del Mayab in Merida. In between, I spent a year at the Coronado Public Elementary School when I was eight (my aunt was living in Coronado, so my parents sent me to learn English), and then my freshmen year of High School was at a private school in Salisbury, Connecticu.

YL: What are your fondest memories of growing up in the Yucatan?

Eduardo: The fondest memories have are summers in Progreso, without a doubt. I just love the sense of community that comes with having everybody going from house to house, walking on the beach during summer days in Progreso and then hopping in a boat and going for a ride. In the late afternoon, we go to the Futbolitos, where you could play fussball with your friends and enjoy a marquesita. As we got older the futbolitos were replaced by get-togethers at somebody’s house before going out to the bars or clubs on the beach. Also, going fishing very early with some friends.

Other memories, in Merida, would be going to quinceaños, the parties to celebrate a girl turning fifteen. It was very funny to me, coming form Mexico City, to see the chambelanes (male companions who danced with the quinceañera).

YL: When did you first travel outside of Mexico and why?

Eduardo: If I recall correctly it would have been a vacation with my family to San Diego, CA, which, at the time, was a meeting place for our extended family.

Eduardo: The opportunity came up to work in the sports industry, fútbol (soccer) specifically. The concept blew me away: bringing the biggest Mexican sports brand (Chivas) to the U.S., to a market that has more Mexicans than any other city in the world except Mexico City. It made all the sense in the world to me. Fútbol in the U.S. has a lot of potential, and as the world’s culture goes global, I think its just a matter of time for fútbol to explode in the U.S. It was very exciting, and on top of that, I would be able to work in the U.S., which I thought would bring rewards at the professional and personal level.

YL: How long have you been away from the Yucatan?

Eduardo: I’ve been away for four and a half years.

Eduardo: I have dual citizenship (México and U.S.) so it hasn’t been a problem in any way for me.

YL: When was the last time you visited the Yucatan? Where did you go? What changes did you notice?

Eduardo: I was back in Merida in January, 2007 for a University graduation party of some friends of mine. I have noticed a car traffic increase and some commercial and real estate development (new private real state developments like the Country Club, Xaman Caab, etc). Otherwise, I feel that people in Yucatan are very habit-oriented and my friends and I did the same things that we did when I still lived there, the same bars, like El Cielo and Tequila and the same restaurants, like Cacique on Prolongacion Montejo late at night or early morning eating cochinita, lechon tacos and tortas at San Fernando, or Sunday lunch with my family at the Guacamayo restaurant.

YL: What do you miss the most about the Yucatan?

Eduardo: I obviously miss the people most (family and friends) but there is a certain attitude towards life, much different than in LA or Mexico City that I miss: a laid back attitude that reflects the different priorities people have. There is a lot to miss from Yucatan: the food, the fact that you can turn any weekend into a great plan exploring the archeological sites, the cenotes, the fact that you can drive 20 minutes from Merida and be in the beach in Progreso. It’s incredible, for example, that my sister who lives in Merida water-skis everyday at 6:30 AM in Progreso and she’s back in Merida at 8:30 AM.

YL: What don't you miss?

Eduardo: I don’t miss the airport taxi clerk saying that you have to pay in Mexican pesos - no dollars and no checks and no credit cards. I think that like most of the provinces in Mexico (maybe except Monterrey and Guadalajara), there is still a long way to go in certain things, but it adds to the folklore of Merida, Yucatan.

YL: Is there a community of Yucatecos near where you live?

Eduardo: I’m not aware of any, however I’ve stumbled onto some Yucatecos from the interior of the state by chance, a customer service guy from Oxcutzcab.

YL: Can you find Yucatecan food where you live?

Eduardo: I’ve heard very good things about the cochinita pibil at Frida, a Mexican restaurant in Beverly Hills, but the best Yucatecan food that I’ve tasted is in La Paloma Market near downtown LA, in a place called “Chichen Itza”, there you can find cochinita pibil tacos and tortas, poc chuc, kibis, vaporcitos, salbutes, panuchos even pan de cazon and papadzules.

YL: Do you plan to return Yucatan to live again?

Eduardo: Yes, definitely. I have started to build some houses in Merida with the idea of selling them. I think that it&rsquo;s a first step in trying to establish myself in Merida. Having said that, I am enjoying my time here in LA, and the experience has been invaluable.

YL: What are the biggest differences for you between where you live now and the Yucatan?

Eduardo: Well, the biggest difference is that I live alone, so a lot of things I took for granted (washing clothes, making beds, cooking, cleaning the house, etc.) have to be done by me now. I’ve certainly come to appreciate what I had in Merida. Another big thing is that in Merida, I really felt a part of the community. I definitely felt Yucateco. In LA I feel like a tourist. I’ve been here for three and half years and I still feel that I am a tourist. It’s probably because of the magnitude of the city and the population and the diversity but I can’t help but feel that I am not a part of LA as I felt in Merida.

One very clear difference that I can't help but notice (this is not a characteristic of Merida but rather of Mexico as a whole) is that we still have certain jobs that I believe shouldn’t even exist, most particularly the gasoline attendant, why can’t it be self-service? What is it exactly that this job contributes to? Or the ever-present person who helps you park by waving his cloth, even if the spaces are wide open and there is no need for this?

YL: What do you think of Mexico's and the Yucatan's economic prospects?

Eduardo: I believe that the potential for both is incredible. Mexico and Yucatan are blessed with natural resources. Tourism should be Mexico’s and Yucatan’s main revenue source in the future and I believe the Mexican and state authorities already see it that way.

Editor's Note: Funny how we just love that there are gasoline attendants at the gas stations, but Eduardo sees it as a redundant job. But we all love the Yucatan! You can reach Eduardo Creel at the offices of
Chivas USA... 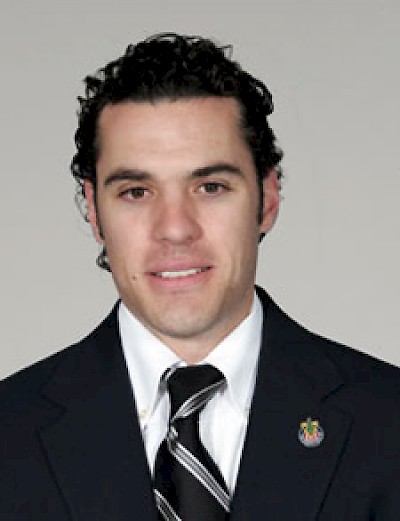