Interviews & Editorials / Change is coming to Merida too! Email & Share

Change is coming to Merida too!

For those of us who supported Barack Obama in the run up to the 2008 presidential elections in the United States, we have continued to get emails from his office, informing us of his progress as president-elect, and calling on us to continue to participate.

Two weeks ago, the emails asked people to get together in small local meetings all over the country to get to know each other, talk about the things that mattered to them, and begin to get organized to be activists in their own communities. As US Citizens, we took that challenge and called out to a few friends to meet.

Saturday, December 14, along with others across the US and the world, we met to discuss our role as US Citizens... in the USA, in the world, and yes, here in the Yucatan.

The meeting was a gathering of an amazing range of people from all parts of the US and all walks of life. We had former dentists, lawyers, professors, architects, airline pilots, lobbyists and sales people. There were people from Illinois (quite a few of those, curiously), Massachusetts, Alaska, Virginia, D.C., Wisconsin, Washington, California and Ohio.

We introduced ourselves and told the group why we had bothered to come to this meeting. There was a general agreement that many of us felt a renewed sense of hope, and an intimation... just a glimmer... that maybe, just maybe, the world might be changing for the better, and we could help it move in that direction. Many of us cited the "reign" of George Bush as one of the reasons why we had left our homeland, but to be fair, we were not all of the same political persuasion. There were Republicans and Democrats and independents... the only thing we had in common was our U.S. Citizenship and our desire to do something good. We also agreed that not only did we want to do something to make the world a better place, but as representatives of America here in Merida, we want to find a service project that will promote the goodwill of Americans in Merida and allow us to share our skills or gifts with our chosen city.

The call for the meeting had specified that the group should organize one service event before the Inauguratin of Barack Obama. That doesn't leave us much time!!

The next group meeting will be on December 27 from 4 to 6 pm, and anyone who is interested in participating is welcome to attend. If you would like to attend, please contact Martha Lindley (martha.lindley@gmail.com) and put "Change is Coming" in the subject line of your email. At that meeting, we will decide on a short term service project to be accomplished before January 20... and we'll go from there. We are looking at everything from blood donations to teaching English to picking up trash to... well, we haven't decided yet! If you have a good idea, email Martha at the email address above with your idea. Or, just come to the meeting and participate.

Change is coming, and we want to be a part of it! Come join us.

Addendum: One of the attendees suggested that we could start participating in government by writing to our Congressmen, demanding that they invoke an existing law regarding corporate excess profits. The law is Public Law 909, 81st Congress, 64 Stat.1137, 1950, Excess Profits Tax. Invoking this law would help the government finance social services and reduce the national debt, among other things. There was, apparently, a similar law in 1945 that brought in 23.3% of Federal Revenue at that time. The law is designed to give back to the government some of the excessive profits gained by corporations that supply the government in times of war. You can also read about it here on Wikipedia. 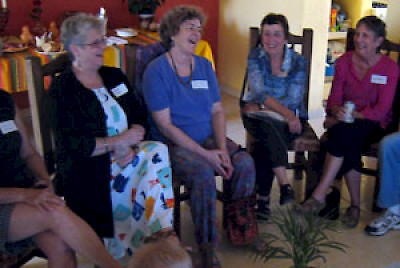 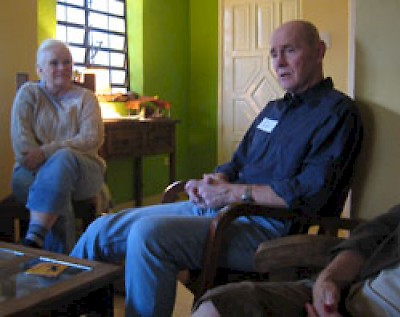