Interview With a Twist

We recently stumbled upon a website by local residents of Uman, a city just on the outskirts of Merida to the south. One of the features of this Spanish-language website is that they are interviewing Umanenses (people born in Uman) who live outside of the Yucatan. We thought it might be interesting to bring you one of these interviews so we could all read how someone from the Yucatan feels about living elsewhere in the world.

Here the latest interview with a former Yucatecan from Uman who now lives in Brussels, Belgium:

This particular person has asked the author not to use her name. She currently lives in Brussels, the capital of Belgium, where she originally went to study for an MBA. This summer will mark her seventh year in that foreign land.

This young Yucatecan says that there are two languages spoken in Belgium: French and Dutch or Flemish. She found French fairly easy to learn, as she had studied a bit in school and had always been attracted to the language. Also, French has many similarities to Spanish and the grammatical structure is almost identical. It was harder to master writing French, but speaking was fairly easy.

Dutch was a different story. She is still studying it and speaking it a little, but not with the fluidity that she would like. It is a much harder language for her, as it has Germanic roots and its grammatical structure is completely different from that of Spanish. This language has caused her to work very hard and she is still 'fighting hard' to master it every day. Despite some language difficulties, she finds she is a person who adapts pretty easily and her easygoing attitude has helped her to adapt to the different customs, food and climate.

Just like in America, she found that in Belgium, one has to make an appointment to see friends or to go over to someone's house, even as children. Since she never particularly liked how people just dropped by her house without warning, and she valued her privacy, she has found that this custom fits her like a glove.

The first winter was very cold, but in general, she has not complained about the climate. She loves seeing the four seasons, but it does rain a lot, which she doesn't particularly like. Also, in the summer it very rarely gets really hot. The winters however can be very cold. This past winter was fantastic, as it snowed a lot and she was able to ski and do other winter sports for the first time in her life.

The fall is very nice, with leaves turning red, then yellow and then falling to the ground. She finds bald trees in the winter very romantic, though she realizes not everyone shares her idea of that. Spring is probably the most beautiful season, as the climate if fairly mild and the trees are filled with flowers. The downside of spring, of course, is pollen and allergies and there was plenty of that to go around.

The food is completely different from the food in Yucatan. They do not eat tortillas and corn is not the central and staple food that it is here. Belgium is a multicultural country and many people there do not even eat Belgian food. You can find all kinds of food there, and she eats very well.

Message to the People Back Home

Mostly she is enjoying her life as a couple with her Belgian boyfriend. Belgian men are very loyal and helpful at home, values that are very important in her life. She travels often throughout Europe and is able to get to know many places, always coming home easily to Belgium without having to go too far. Still, she misses Uman and sends a big hug to her friends back home.

You can see the article in Spanish here.

Many thanks to the writers from the Voice of Uman. 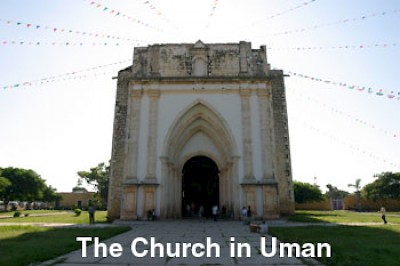 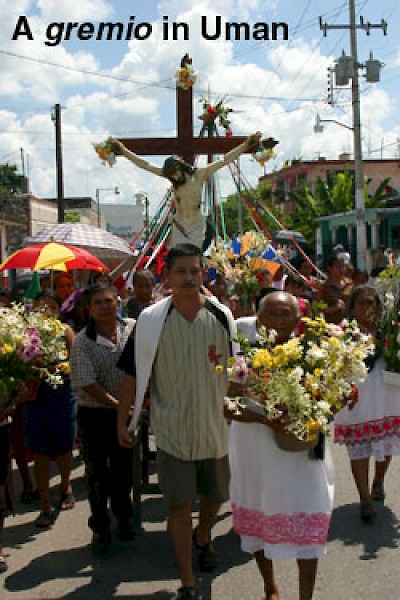 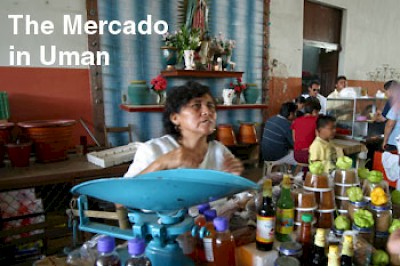