Yucatan Travel in the Seventies

Travel in the Seventies

If you traveled from the United States to Yucatan in the 1970's, you probably went to a travel agent to arrange the whole trip. There was no internet, no apps on your smartphone, no TripAdvisor and certainly no Airbnb. When planning to visit a foreign country, you probably went to the travel agent with visions originating from an old yellow-covered National Geographic magazine in your head. Your travel agent was in a travel agency office, probably downtown somewhere. The office was busy, with everyone on the phone, and glossy four-color posters of foreign scenes and airplanes on the wall.

If you were going to fly to Mexico, you probably asked your travel agent to plan the whole trip for you. That agent would reach out to agents in the Mexican locations you were visiting and set up the trip. You got your Mexicana airline paper tickets in hand... multiple thin copies of the same tickets, with each copy designated for a gate agent or a customs agent along the way. Don't lose that ticket!!

You probably dressed up to get on the plane, because traveling by plane was a bigger deal then. On the plane, you read a book or a magazine because there were no movies on planes yet. They may still have allowed smoking on the plane, but you were fine because you were in the no-smoking section. The stewardesses wore high heels and tight skirts and served you a full meal... take a look at the menu reproduced here. You might not even get that in a first class seat today! (Just click on the photo to enlarge it so you can read it...)

Recently, an email arrived in our inbox from a man who is the archivist for the library in Tiburon, California. In his work, he had run across some photos, brochures and postcards from Yucatan that were saved by a Tiburon native who had recently passed away. He asked if we would like the historic documents, since he had no use for them. "Of course!" we replied, and a week or so later, a package arrived. Inside were some faded color photographs, as well as various well-preserved brochures from hotels and Mexicana airlines, many of which are reproduced here for your viewing pleasure.

Looking through the documents revived our curiousity about the changes that have happened in Yucatan travel over the last fifty years and we started investigating. Much has changed since the seventies in Yucatan, of course, but so much amazingly remains the same.

Get in the Mood

Before we talk about what it was like in Yucatan back then, let's get in the mood...

Here's a fun video of images from Cozumel in the seventies and eighties. And here's another one! Here is a video of the history of Cancun in photos. And here is a Spanish language short history of Cancun with great photos. And a video with brochures and photos from Club Med in Cancun in the seventies. What is amazing in the Club Med photos is the empty beach beyond the Club Med location... that beach is lined with hotels today!

Just to further the mood, here are a few commercials from Mexican TV in the seventies. And a few more.

Probably the biggest poster child for change since the seventies is Cancun... to this day, the growth there practically happens right before your eyes. Originally a deserted area called Kan Kun (probably meaning "nest of snakes"), the area was targeted for development by the Mexican government. The Cancun Project was approved in 1969 and development started in 1970. That is why our Tiburon travelers went to Cozumel to enjoy the Caribbean beaches... there was not much Cancun to visit at that time.

The Cancun Project master plan called for a tourism zone that did not include residential areas, a residential zone for permanent residents (with schools, hospitals, etc.) and an international airport.

First, they built the infrastructure. They sunk 16 wells, 62 miles of sewer ditches, and brought in electricity from Tizimin, the closest electricity at the time. That was just for the residential area. They also brought in acres of topsoil for golf courses. And they dredged 372,000 square meters of mangrove forests to create water exchange between the lagoon and the sea.

The first three hotels opened in 1974, the Cancun airport was inaugurated the same year and Fonatur, the National Foundation for the Promotion of Tourism, was formed from Infratur and Foqatur government agencies that had overseen the project. That same year, Quintana Roo became a state of Mexico... and the rest is history.

The travel agencies that the travel agents for our travelers from Tiburon talked to were probably located in Merida. The people who owned the companies that dug the wells in Cancun, built the hotels and restaurants, trucked in the top soil and dredged the mangroves... they all lived in Merida. And their families probably still live in Merida today.

In fact, the idea to create a travel destination on the Yucatan Peninsula originated in Merida in the early 20th century, when Felipe Carrillo Puerto was searching for a way to employ all the Maya when they were no longer enslaved on the henequen plantations. He reasoned that the Maya patrimony of hundreds of ruins and archaeological wonders would bring millions of tourists to the Yucatan Peninsula, and he set about communicating his vision and enrolling his fellow Meridanos in that vision.

The Barbachano family, still owners of Mayaland, Hotel Uxmal, Casa del Balam and Hacienda Chichen, were collaborators in this vision from the beginning. Mr. Fernando Barbachano Peon started promoting Chichen Itza to cruise passengers who landed in Progreso, and he never looked back. He would take tourists to the ruins in an old Ford Model T, using it also to tour the ruins which were less easy to navigate in those days. Mr. Ernest Thompson, the United States Consul, was expelled for dredging the cenote with a machine and destroying artifacts, as well as stealing them to take to the United States. That machine is still located near the restrooms in the building at the entrance of Chichen Itza. Barbachano built Mayaland across from Hacienda Chichen where the archaeologists made their headquarters, and eventually bought Hacienda Chichen from Thompson's heirs.

He also created the Barbachano Travel Agency which prospered for many years, promoting Uxmal and Chichen Itza in particular, and which probably sent those brochures to Tiburon. Don Fernando also built Hotel Hacienda Uxmal. At his death, his children Carmen and Fernando Jr. split his properties. Fernando Jr. inherited the Barbachano Travel Agency, and his mother inherited Mayaland. His daughter inherited Hacienda Uxmal and Hacienda Chichen, and she formed a new travel agency called Merida Travel. Carmen then built Hotel Casa del Balam in 1970.

Travelers who came to Merida in the seventies were often on a trip that went from Mexico City, to Merida and then on to Guatemala. The airplane that carried these tourists was affectionately called the Papaya Voladora, or the Flying Papaya. The Barbachano agency was usually the agency representing these trips, and during the off season, would send their best employees on trips of their own. According to Lucy Medina, a friend who was actively traveling and leading tours to places like Peten and the Usumacinta River at that time, Merida was teeming with tourists before Cancun came into play. Merida had direct flights to Kingston, Frankfurt, Bahamas, Miami, New Orleans, Mexico City, Oaxaca, Belize, Guatemala, Monterrey, Villahermosa, Carmen, Campeche and a few more.

There were many people who worked together to increase tourism to the Yucatan Peninsula. One story we like is that of Víctor Segovia Pinto, an archaeologist with INAH who loved to bring tourists to the places he had studied. After a while, Don Victor started planting orchids, bromeliads, cactii and other plants on the road to the cenote at Chichen Itza, and then also in Tulum, where he added sea grapes. We are probably still enjoying the fruits of his planting efforts to this day.

The first cruise ship visits to Progreso also started during this time, during the winter of 69-70. Because the long dock had not been built yet, smaller ferries came from Cozumel the night before in order to bring tourists to the beach in Progreso. Buses met the tourists at the beach and took them to Chichen Itza and Uxmal, just like they do today. They also brought them to see the mills at Cordemex (now the site of the new Costco, among other things...) and to a brick factory.

The Old and the New

Tourism to Yucatan has grown exponentially since the idea germinated in the 1920's and grew from there. The first man that put his shovel into the ground in Cancun in the late sixties could scarcely imagine how it would grow over the next forty years. Elsewhere in the Yucatan Peninsula, growth has continued with cities like Playa del Carmen, Tulum, Valladolid, Izamal, Progreso and of course, Merida seeing amazing growth as well. Tourism in Cancun and the Maya Riviera is as much about relaxation, the beach and the Caribbean as anything.

But tourism in the rest of the Yucatan Peninsula has almost always been tied to the past and the rich history of the area that comes alive in streets, the events and the buildings. As Merida and the Yucatan speed towards the future, we wonder how that will affect the growing influx of tourists so eager to connect to its past.

Did you come to the Yucatan Peninsula in the 1970's? Tell us what it was like for you... 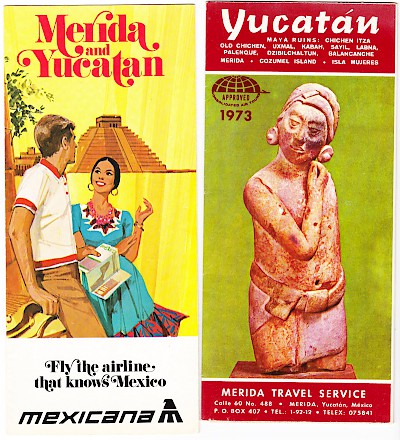 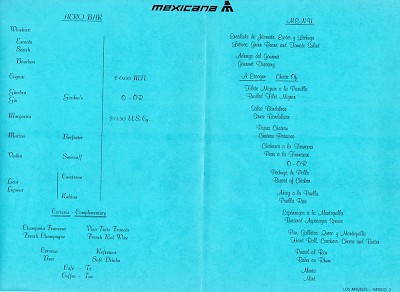 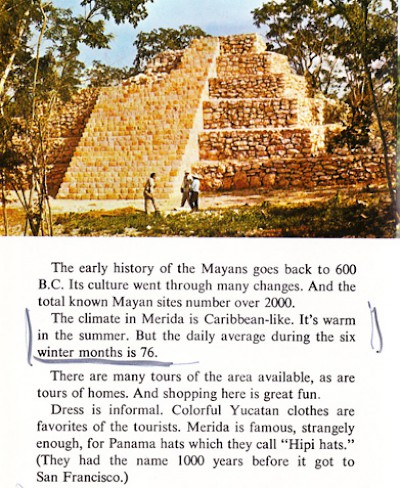 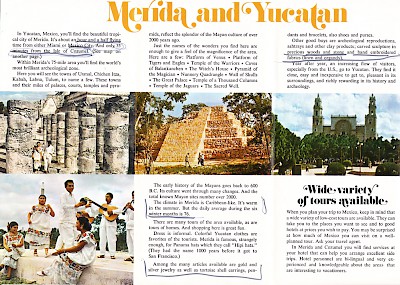 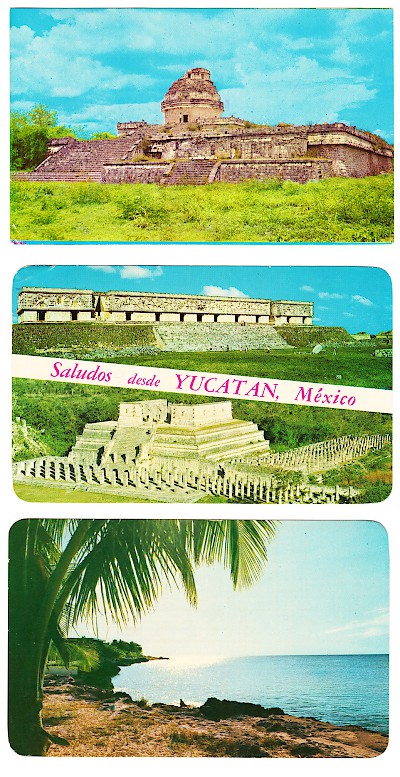 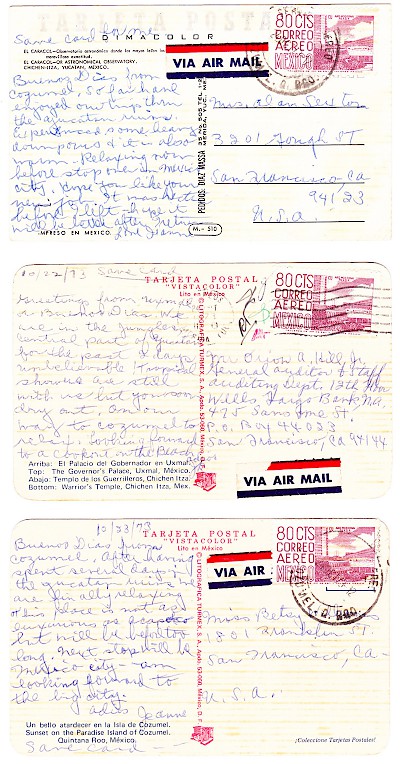