The history of the Yucatan Peninsula has got to be some of the most interesting we have ever come across. The longer we are here, the more we learn about the people who walked these streets and paths before us. This article is about one of the more colorful explorers who was one of a group of archaeologists, artists and adventurers who 'discovered' Chichen Itza and helped uncover the rich history of the Maya people in the Yucatan.

No One Likes the Jungle

"Only liars and damn fools say they like the jungle." Anonymous Yucatan Explorer

Who knows who really said this, but it could easily have been Sylvanus Griswold Morley. Rumored to be Stephen Spielberg and George Lucas' inspiration for the fictional archaeologist Indiana Jones, Morley worked nearly three decades deciphering Maya hieroglyphs and excavating ruins in Mexico, Honduras and Guatemala. Since 1839, there have been a steady stream of explorers and archaeologists who have attempted to unveil the mystery of the Maya and their pyramids, many of whom spent time at Chichen Itza or in other parts of the Yucatan. Although each of these mavericks deserves a stellae in the Maya hall of fame, rising to the top like Venus on a new moon is Sylvanus Griswold Morley. You might even say Morley was the grandfather of the expatriates who have continued to travel to and fall in love with the Yucatan, bringing energy and money to renovate its many architectural treasures.

Sylvanus Morley was born June 1883. He began his studies in civil engineering and then attended Harvard, where he developed an interest in archaeology shortly after Harvard's Peabody Museum received Edward H. Thompson's treasure trove of artifacts from his dredging of the sacred well at Chichen Itza in 1904. This haul is ignomiously commemorated to this day by a display of the dredging equipment outside the restrooms at Chichen Itza, and may have been the spark that ignited Morley's interest in ancient civilizations.

Following his bliss led him to finish his degree in archaeology, despite his father's disapproval. His degree along with his involvement in antiquities then took him to Santa Fe, New Mexico, where he cut his eye teeth on researching and exploring Native American cultures. Morley's influence in Santa Fe was so great that later on, he and a group of his contemporaries, which included the famous artist Georgia O'Keefe, would define what has come to be known as the Santa Fe style of architecture.

Between 1909 and 1914 Morley did field work in Central America and Mexico for the School of American Archaeology. During this period it is thought that his early archaeological expeditions were used as a cover for espionage activities for U.S. Naval Intelligence during World War I. The extent of his activities only came to light after his death, but according to one source, though his wartime activities have been largely forgotten, he laid the groundwork for modern U.S. intelligence efforts.

After the war, Morley became a research associate for the Carnegie Institution of Washington and applied for the position to head up their explorations in Southern Mexico, Guatemala and Honduras. Soon after, he presented Carnegie with a proposal asking them to fund an unprecedented restoration project at Chichen Itza.

Morley proposed a 20-year plan to restore Chichen Itza, one of the Maya's greatest ceremonial centers, to its former grandeur which would allow it to become a draw for tourists. Morley believed that once people knew about the incredible buildings buried at Chichen Itza, public interest alone would help fund the project. He chose Chichen Itza because it was close to Merida and relatively easy to reach, thanks to progressive governor Felipe Carrillo Puerto's efforts at building a new road connceting Merida with the soon to be famous tourist site. Felipe Carrillo Puerto shared Morley's vision of creating tourist attractions out of the ruins of the formerly splendid Maya civilization, and replacing the problematic henequen industry's income in the state's coffers. Carrillo Puerto was also interested in finding other work for the Maya themselves, who had been enslaved as workers in the henequen fields and would need alternative means of support when they were freed.

Before Morley's excavation, the Chichen Itza site appeared to be clumps of grassy mounds. (You can see a 'mound' like this in present-day Ek Balaam, where one of the structures has been uncovered and another appears to be a hill next to it, covered with jungle growth). Morley's proposal was accepted by the Carnegie Institution in 1913 but was delayed by fallout from the Mexican Revolution and World War I until 1923.

By 1923, the Mexican government itself was engaged in restoration of El Castillo, the most famous of the buildings in the Chichen Itza complex. While other foreign archaeologists before him, such as Le Plongeon and Thompson, had also done some excavation work in the area earlier, nothing on the scale of the Carnegie Project had yet been undertaken. Morley worked with other famous names such as Earl Morris and his wife, Anne Axtel Morris, as well as the artist Jean Charlot. They would first uncover what is now known as the Temple of the Warriors, with its rows and rows of columns, and go on to restore many of the other structures that are today an integral part of the Chichen Itza experience.

It is interesting to note that during this time, Morley and the other archaeologists lived at Hacienda Chichen, now a popular hotel that has maintained its aura of civilized grandeur from its earlier days, and has preserved the names of some of its most famous occupants in the names of its buildings and rooms. Morley would end up working on the excavation on Chichen Itza for 18 years, until 1940, with Hacienda Chichen becoming his home away from home. After the project was completed, he and his wife moved into Merida and stayed for awhile at Hacienda Chenku. A few years later, he returned to New Mexico and, in 1946, he published his famous book "The Ancient Maya", a comprehensive account of the Maya civilization.

Not only was Sylvanus Morley important to the history of modern-day Chichen Itza, but he supported and mentored others who also made their own contributions. Both J. Eric Thompson and Tatiana Proskouriakoff were protegés of Morley's. Thompson went on to become a leading mid-20th century anthropological scholar with a deep understanding of Mayan hieroglyphics. Proskouriakoff also grew into a formidable Maya scholar who had a long career with the Carnegie Institute.

The rain forest held no romantic glamour for Morley, nor did he relish spending the night in a flea-infested palapa, eating canned goods, fighting insects, fearing snakes, drinking water from a filthy water bag, or running the risk of contracting serious tropical infection or disease. He often said he detested the jungle, but endured it all for the sake of finding those hieroglyphs. Known for his engaging speaking manner and his ability to explain his work to a wide audience, Morley always dressed the part of the archaeologist, looking like a cross between Bill Gates and Harrison Ford, with an ever-present pith helmet.

His biography by Robert Brunhouse details how, at every turn, his good health was sabotaged by every malady known to man. Seasickness seized him whenever he boarded a boat. In the early years of his explorations, he contracted malaria, threw it off for several decades, and then contracted it again. He was continuously in and out of hospitals for tests and sometimes for long recoveries.

At one point, amoebic dysentery forced him to leave Chichen Itza and spend several weeks in a New Orleans hospital. On returning to the Yucatan, he felt his energy was too great for his emaciated 109-pound body and was quoted as saying he had a Rolls Royce engine in a Ford Motor body. His continued dedication to his project can be seen as a model of perserverance.

He hated the jungle, he said, because he dearly enjoyed the comforts of civilization. Despite that, and even in light of the ill health that plagued him over the years, his enthusiasm for advancing the knowledge of the Maya was in no way diminished. While many of his theories have been discounted by more recent research and discoveries, his contribution to the field is undeniable.

After Morley had spent many years in the Yucatan, had established himself at Chichen Itza and was well known to the local population, Maya leaders asked him to help convince Queen Victoria to form an alliance with the Maya to drive the Mexicans out of Yucatan once and for all. (This was before the final truce had been signed for the Caste War of Yucatan, when the Maya of Yucatan were trying to establish their independence from Mexico). After explaining that Queen Victoria was long dead, he became the unofficial spokesman in the English-speaking world for the Yucatec Maya from 1923 until his death in 1948, a measure of the respect he had obtained among the local people.

When he departed from Chichen Itza in 1940, he said he would never return. He never did, but his love affair with the Maya culture lasted a lifetime. He was a scholar and an explorer, an informal diplomat, a secret agent, a planner and an educator. His explorations and excavations did much to put Chichen Itza and the Maya people on the map, where they remain to this day.

Jeanine Kitchel writes about Mexico, the Maya and the Yucatan. Kitchel's non-fiction book, 'Maya 2012 Revealed, Demystifying the Prophecy' will be out in May. Her journalistic background brings a pragmatic approach to the end date debate, with emphasis on who are the Maya, the code, 2012ology, the calendars, collapse, and what Maya elders are saying about it all. Contact the author through her website.

Archaeologists who stayed at Hacienda Chichen.

A great website with everything you ever wanted to know about Chichen Itza. 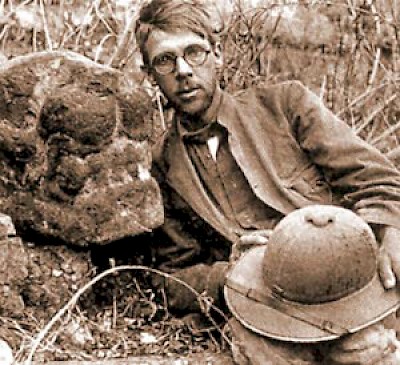 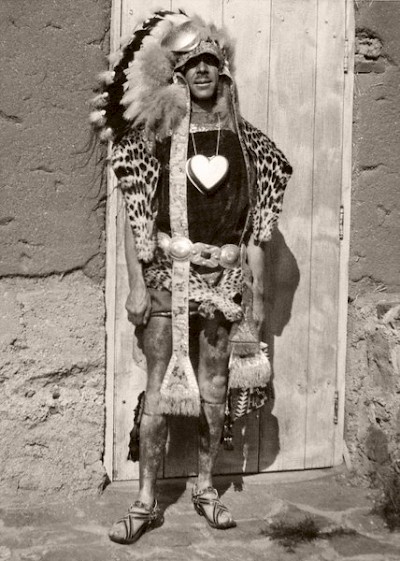