Sunken Treasure of the S.S. Merida

The other day, a search in Google turned up a story about a passenger ship called the S.S. Merida. Amazed to have never heard of it in all the years that we have been writing about and searching in search engines for Merida, we investigated further and learned this fascinating story.

According to an article recently printed in the website PilotOnline.com (linked below) and written by Robert Burgess Hitchings, an historian and archivist in Norfolk County, Virginia, the S.S. Merida sank off the coast of Virginia on May 12, 1911 at 5:55 AM, 115 years ago. The ship weighed over 6000 tons, was 400 feet long and had been built in Philadelphia. She was one of the faster ships providing service between New York City and Havana, Cuba, and she was coming from Havana on that fateful night.

Though the sea was calm on the night of May 11, there was fog. Quite a bit of fog, according to the reports... so much so that the captain, Captain Archibald Robertson, decided to stay on the bridge and cut the speed down to 7 knots. Despite these precautions, the captain watched as first headlights, and then the steamership S.S. Admiral Farragut, a ship chartered by the United Fruit Company, emerged from the fog and crashed into the S.S. Merida, ripping a hole in the starboard side.

Passengers were thrown from their bunks. Minutes later, all the lights went out. And just like the sinking of the Titanic, which was to happen eleven months later, events progressed from there. Passenger and the fire stokers who worked at the bottom of the ship rushed towards the top deck. The wireless operator, Mr. Herbert Benson (pictured to the right), rushed to send out an S.O.S. He did this quickly, before the ship lost electricity, and the signal was picked up in Cape Hatteras. When the Captain realized that his ship had no power, he ordered Benson to board the S.S. Farragut to send out more S.O.S. signals from there.

When Benson got onboard the Farragut, he discovered that the aerial was broken. He labored hard over the next five hours with the Farragut's wireless operator, C.B. Leech (also pictured), to get the aerial working and sent out another signal. This time the signal, though faint, was picked up by a nearby ship, the Hamilton, which quickly wired back that they were on their way.

According to the article we read, the crew were mostly Cuban and Mexican. An eye witness said that first the deck seemed to be full of screaming women, and then the men started coming on deck and joining in. After a large crash was heard, the Cuban and Mexican firemen also came running. Gradually, the Captain and his stewards got everyone calmed down and began filling the lifeboats. They even found and lit candles to help guide passengers through the now-dark passages inside the ship and up onto the deck.

All the passengers were put on lifeboats and brought to the S.S. Farragut, and then transferred to the Hamilton. Unlike the famous Titanic, there apparently were enough lifeboats for everyone and everyone was saved. The captain and his crew stayed on board until the last passengers were rescued, and then they too left their sinking ship. They watched it sink under the sea from the deck of the Hamilton.

The Hamilton brought all the passengers to Norfolk, Virginia. The owner of the S.S. Merida, the Ward Line, paid for about 100 first class passengers to be put up in hotels in Norfolk. And it was reported that many local businesses, such as haberdashers and general stores, made a pretty penny over the next few days as the passengers stocked up on needed items.

And who were those passengers? An article written in the New York Times on July 3, 1925 says that the passengers included a "Montes banker", a "controller of sisal production", the Archbishop of Yucatan and Augusto Peon. Carlos Zetina, a "millionaire shoe manufacturer" was also on board, as were a number of other "wealthy Mexicans". In general, the Times article said that the passengers were "the wealthiest Mexicans".

Another article we found said that "the ship had set sail with 17 tons of silver, gold, copper and jewels. Much of the treasure that was thought to be on board the Merida was gold and silver Mexican bullion and coins of wealthy citizens fleeing the Civil War. Also the 80-year-old president of Mexico Porfirio Diaz was shipping his assets out of the country, as he was about to be overthrown in a revolution."

Augusto Peon, owner of Hacienda Yaxche de Peon (among others), was traveling with his injured wife, Jacinta Bolio de Peon. As we know, the Peons were one of Merida's wealthiest families. His list of lost articles included a pair of French shoes, a cashmere suit, silk socks, and a case of literature and medical texts, valued at $1,064.60 USD. His wife Jacinta’s list included corsets, a Japanese kimono, several ostrich feathers, and necklaces of black pearls, emeralds and diamonds. Her jewelry alone was valued $41,500 USD (in 1911 dollars).

Other Valuable Cargo, Including Parrots

The purser for the ship, a M.J. Trazivuk, who lived in Mexico City, said that the ship held valuable freight that consisted of silver and gold bars, as well as copper. The actual cargo was hemp, beans, chicle and sugar... all exports from Yucatan, no doubt. But the most valuable cargo on board was kept in the purser's office on the main deck. That is where he said there were "several tons" of silver and a few gold bars. Apparently, the locker was so heavy when it was loaded up, the skipper had ordered extra bracing to deal with the crushing weight. In addition, the purser said that there were forty-five sealed envelopes from passengers containing money and jewelry, as well as some money from the steamship company. Despite all the wealth that he knew about, Trazivuk speculated that the richest treasure would be found among the passengers' personal luggage.

The New York Times article also mentions that the S.S. Merida was carrying forty crates of parrots, which could be heard screaming until the ship sank.

Now, all this was at the bottom of the sea.

Why all this interest in the S.S. Merida? The New York Times article was written because the wreck of the S.S. Merida was located in 1925. Two trawlers, the Foam and the Spray, left the New York harbor in June 1925, hoping to find the sunken treasure. But to this day, neither they nor any others have found the treasures which purportedly are still hidden either in or beneath the ship's hull, which is buried now under 20 feet of sand beneath the sea. In fact, according to one article, "the only piece of treasure that has ever been recorded as being recovered from it was a single silver ingot found by an Italian salvage outfit in 1939."

In 2013, a shipwreck hunter named Gulfstream Ventures "secured a US federal judge’s order to detain the ship to protect it from would-be competitors." As proof of their findings, they supposedly provided a fork that beared the shipowners mark and had been recovered from the vessel site. According to a post on a Shipwreck Facebook site, they were still searching for treasure as of a year ago and there was no news as of August 2015.

Just another chapter in the fascinating history of the Yucatan Peninsula. 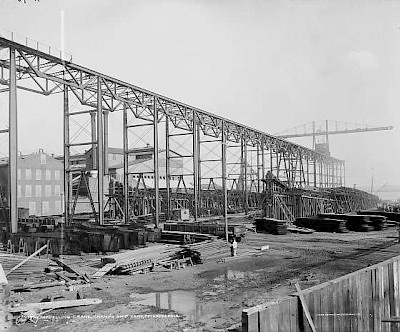 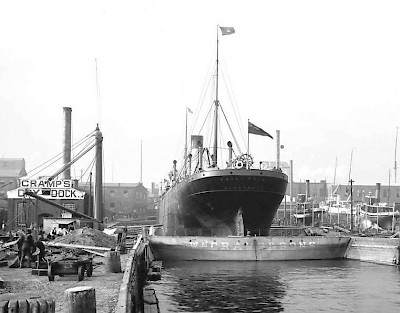 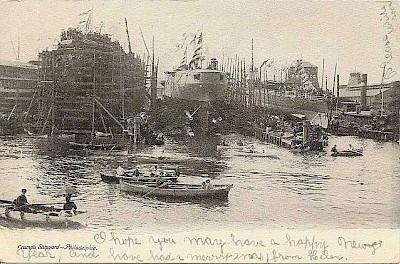 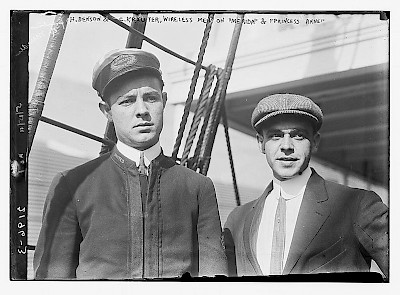 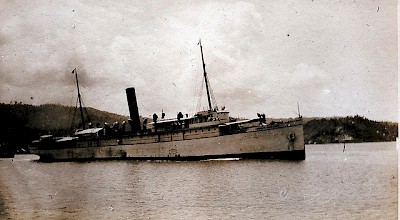 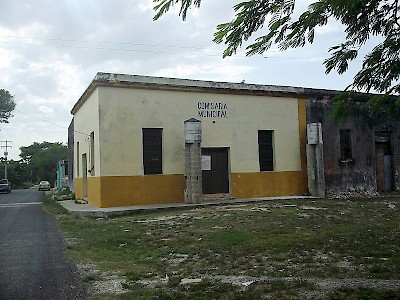 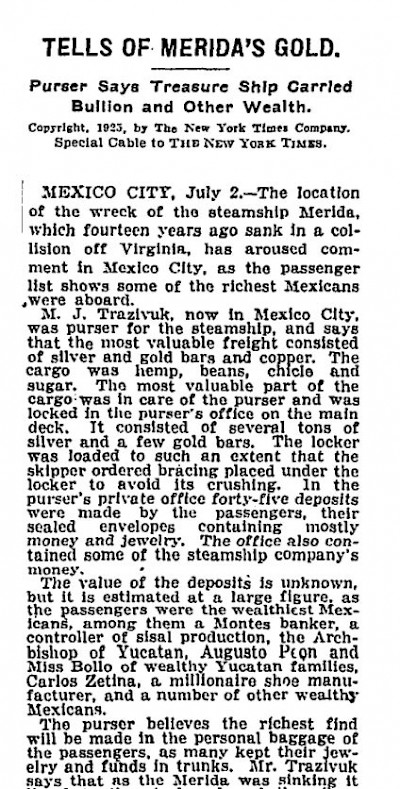