Before long, the notes of an orchestra playing at a dance reached his ears. The celebration would be at one of several private homes hosting dances this season, and near the house he met several groups of people, more than a few wearing masks and some making wisecracks at him in passing.

How frequent and how painful the contrasts he observed in life! That music, that uproar, seemed to be ridiculing his sorrow, a derision with which luck wounded him upon seeing the state of his spirit, embittered following the miserable scene he had left at his home.

His poor sister! What if she’d had another attack? And without being able to count on any more than the insufficient help of her oldest son, still with no experience in these cases.

It took him no little effort to wake the drugstore clerk, an acquaintance of his who got up complaining about people who get sick in the middle of the night causing others to interrupt their sleep. Through the shutters, the man asked for the prescription and the bottle, rubbing his eyes and launching a yawn, then took his time filling it. Don Hermenegildo paid the bill and thankfully took his leave, beginning to walk hurriedly, eager to dole out the first dose of the concoction as soon as possible. Suddenly he stopped. From the next street that crossed the one he was on, he heard laughter and a voice that seemed to be Lupita’s. The young woman lived very near there. What could that be, and at that hour?

He immediately hid behind a window next to the corner, where, thanks to shadows cast by the streetlamp’s scant light, he could observe without being seen.

Four partygoers in masks appeared, conversing happily and without disguising their voices, secure in the fact that they were not in the presence of people at the dance. The voice that had caught don Hermenegildo’s attention could still be heard.

It was her without a doubt. She was coming from the dance and was among the last to leave. Why had she deceived him? Would this by chance be the only night she had attended a similar party after promising him she wouldn’t go again? In any case, why didn’t she let him know when she decided to go as she was accustomed to doing?

The group turned the corner in the direction opposite that of don Hermenegildo and a little later stopped in front of Lupita’s house. There they continued to chat for a moment before the others said goodbye to her and continued on their way.

Don Hermenegildo hadn’t left his place. Standing with his arms at his sides, the bottle in one hand and his head tilted toward his chest, he widened his eyes to look steadfastly at the place the young woman had just entered. He lost all reason in a sea of thoughts, no longer remembering even his sister’s serious condition.

He didn’t know how to explain Lupita’s conduct to himself, and he became more inclined to believe that that hadn’t been her only escapade. What motives did she have for keeping it from him?

A new character appeared on the scene: a young man traveling in the same direction as the masked group and who from the corner glanced all around for a moment as if he was looking for something. Either the stealthiness of his steps or don Hermenegildo’s preoccupation made it so that the newcomer didn’t give away his approach until he came into view.

The streetlamp’s light illuminated the recent arrival’s features, and upon recognizing them, a convulsive shudder made its way through the bachelor’s body. What was Luis Robles looking for there?

Before he had time to go any further with his assumptions, the young man set out, in the same direction those in the masks had gone, walking cautiously as if trying not to make noise.

Could it be possible? Was Lupita perhaps waiting for Luis at the shutters and, not tired of talking at the dance, were they going to begin another romantic conversation? Could that playboy without conscience, so successful with the women, be coming like the parable’s wealthy owner of flocks to rob him of the only lamb he had succeeded in securing for himself?

His heart was beating with a desperate violence, his head was spinning, and he felt like his strength was about to leave him.

But one hope came to save him from such a distressing situation. Perhaps Luis would pass by; there might be some other purpose that brought him to that street.

Luis Robles, however, stopped. Don Hermenegildo, containing his labored breathing, sharpened all his senses in order to perceive the best he could, and he heard the scraping of the door. A little later it seemed to him that the door was opening, although he couldn’t see anything clearly. The young man disappeared through it and everything was left again in absolute silence.

Fixed on the sidewalk like a statue, in that quiet hour, in the midst of that solitude, and faced with the tremendous battle of emotions he was suffering, the unhappy man wasn’t thinking. Had the world crumbled at that moment, he wouldn’t have even been able to lift his head to look. An immense weight had fallen upon him, annihilating him.

Afterwards, he couldn’t remember what happened during that semblance of imbecility.

As if waking from a dream, he suddenly straightened up assuming a threatening stance, remembered his desperate situation, and asked himself this question:

"And me, who hasn’t hurt anyone, why do they treat me with such infamy?"

An immense wave of hatred, a deep hatred toward humanity, flooded the heart of that long-suffering man. He, incapable of killing an insect, would have given the rest of his life, all the world’s treasures, to have those causing his desperation in front of him, so that his twitching fingers could grab them by the throat and strangle them with all the rage he was capable of feeling.

Suddenly, making a decision, he headed with giant steps toward Lupita’s house. Upon arriving at the door that Luis Robles had entered, he gave it an energetic punch, and immediately, as if he had only wanted to get their attention so they could hear him better, he shouted an insult to that woman with all his might, a single and tremendous word that reverberated in the street within the silence of the night . . . . . and he started running.

It was about nine in the morning when the doctor, in order to announce himself, gently knocked three times on the door of don Hermenegildo’s house. He was there to make his visit to the bachelor’s sister, and once he had completed the examination, questioning, and prescriptions for her, he realized that he also had to turn his attention to the clerk. An intense fever had overtaken him sometime before dawn.

Considering it unusual to find him in such a state just a few hours after seeing him apparently healthy, the sick woman, who was listening, exclaimed:

"Maybe the poor man went out without a coat looking for you to come see me and the early morning chill was bad for him."
"Yes," said don Hermenegildo, "That’s it. It has to be what my sister says. I know what I’m talking about."

And he hastily dried a tear that was about to escape his eyelid.

By chance, in order to conceal his emotion, he raised his eyes, glistening with moisture, and on the hammock ring he saw the mask with its eyes vacant and mouth cleft by a sneer. It was as if human shamelessness was making a mockery of gentlemen and their most candid feelings.

And so our story comes to an end. The translator, Nadine Calder, has this to say about the ending, when I remarked to her about how abrupt and anticlimactic the ending seemed to me:

Yes, Ellen, the ending is no more to today's taste than were the sentimentality and flowery language. It may help to understand that Moreno Canton is considered a naturalist, and I've copied below what Wikipedia has to say about that. Do you think there are readers who care enough about don Hermenegildo to submit comments? His story is indeed of a type. Hopefully, any who object to Moreno Canton's naturalism can at least appreciate what his costumbrismo contributes to his depiction of early Mérida.

Here you can read Nadine's excerpt from Wikipedia about Naturalism:

Naturalism was a literary movement or tendency from the 1880s to 1930s that used detailed realism to suggest that social conditions, heredity, and environment had inescapable force in shaping human character. It was a mainly unorganized literary movement that sought to depict believable everyday reality, as opposed to such movements as Romanticism or Surrealism, in which subjects may receive highly symbolic, idealistic or even supernatural treatment.

Background:
Naturalism was an outgrowth of literary realism, a prominent literary movement in mid-19th-century France and elsewhere. Naturalistic writers were influenced by Charles Darwin's theory of evolution. [1] They often believed that one's heredity and social environment largely determine one's character. Whereas realism seeks only to describe subjects as they really are, naturalism also attempts to determine "scientifically" the underlying forces (e.g. the environment or heredity) influencing the actions of its subjects. Naturalistic works often include uncouth or sordid subject matter; for example, Émile Zola's works had a frankness about sexuality along with a pervasive pessimism. Thomas Hardy can also be grouped under the umbrella of naturalism, because of his realistic outlook on life evidenced in novels such as Tess of the D'Urbervilles. Naturalistic works exposed the dark harshness of life, including poverty, racism, violence, prejudice, disease, corruption, prostitution, and filth. As a result, naturalistic writers were frequently criticized for focusing too much on human vice and misery.

So, what do you think, dear Reader? Leave us a Comment with your thoughts!! 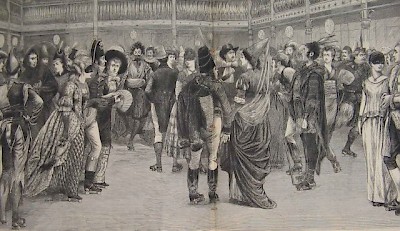 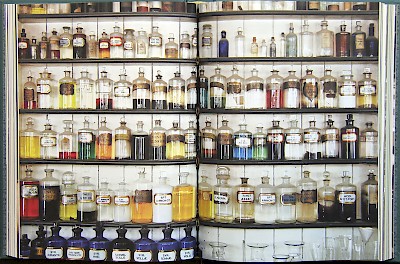 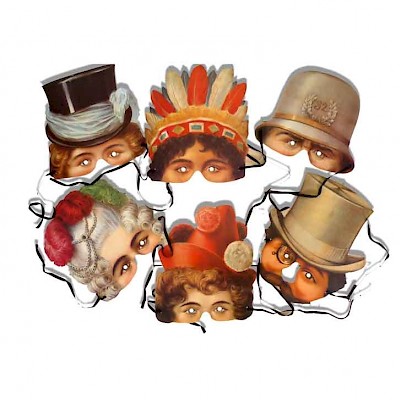 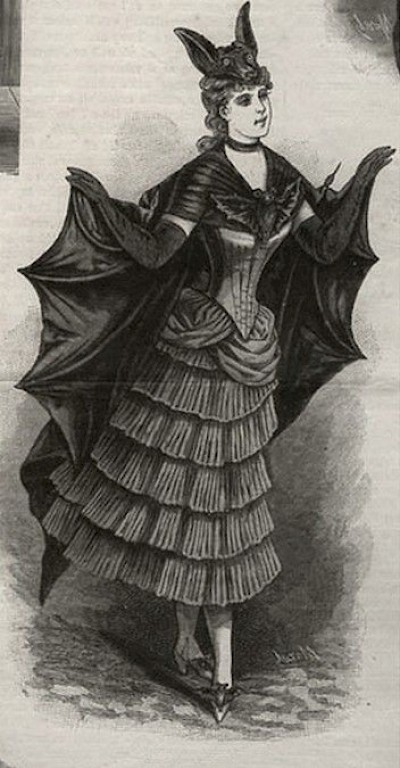 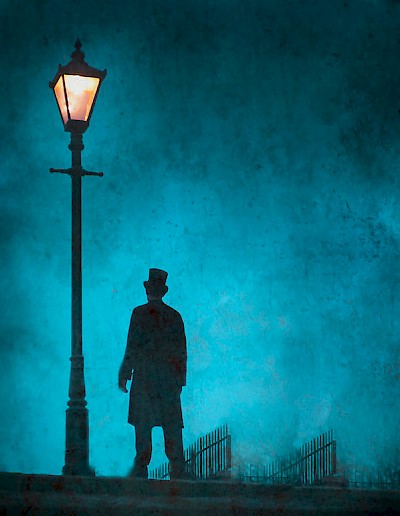 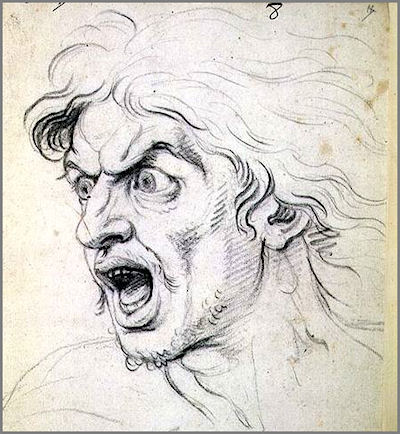 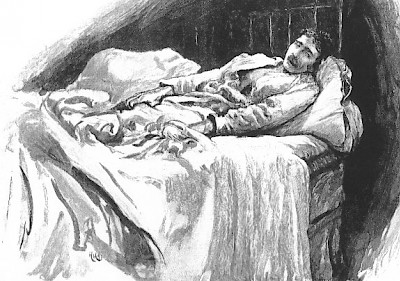 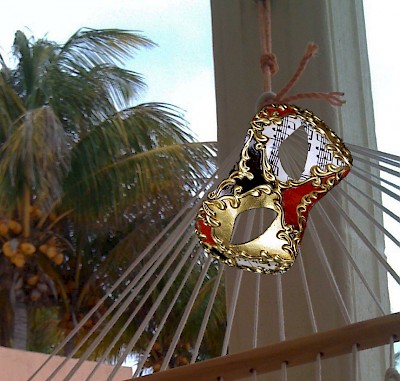 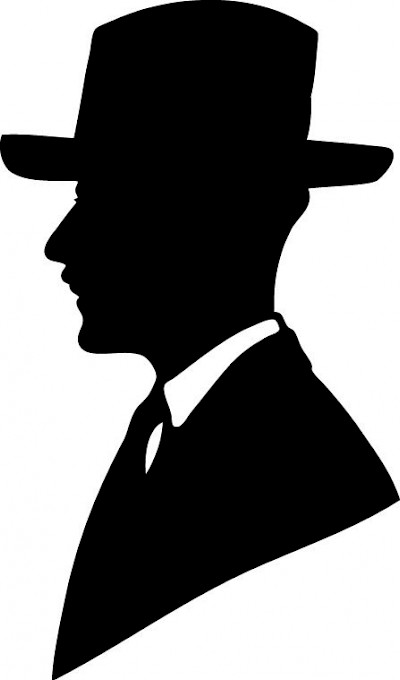