It must have been one in the morning when the exhausted and quintessentially annoyed bachelor, feeling the unaccustomed effects of staying up until the early hours of the morning, managed to leave the dance with his companions after laboriously getting them to come to that decision.

Upon seeing that it was midnight, he thought it too late to be away from home and set about convincing them to leave. But when he succeeded in joining them somewhere, the orchestra would start up again, young men approached to invite the girls to dance, and it wasn’t like them to turn down a mazurka or a waltz. At times when he got the two together alone, one would be carried away, and then he would resignedly dance with the other without noticing which one, as if taking on a task in spite of himself.

Lupita had him worried. He saw her dance three times with Luis Robles and while dancing they were talking nonstop, like people who have much to say to each other and not enough time to say it. She told the clerk that Luis was getting to know her better because he wanted to tell one of his friends, Gregoria Villa, about her. She had confused Lupita with others and until then hadn’t been able to place her.

Don Hermenegildo danced four times with his fiancée and three with others in the masked group that was with him. But the pleasure that he had hoped for at the dance turned into bitter anxiety caused by seeing Lupita talking with Luis Robles.

The jealousy was consuming him. What kind of luck was it that pursued him, him who never hurt anyone?

The young widow stepped out into the street trying to hide her irritation. She had wanted to stay longer. The conversation with the journalist that didn’t stop at mere acquaintance, above all because she for her part had something to contribute, interested her more than she could have ever imagined.

She walked for a long time without saying a word. Don Hermenegildo too was lost in his own thoughts. Only the others chattered happily and laughed when one happened to trip as her mask obstructed her view of the street.

The bachelor, who was walking arm in arm with his fiancée, was the first to break the silence.

"And do you like these dances a lot?"
"A lot, no. But I enjoy myself there."
"Well, quite frankly, I was really annoyed."

Lupita understood the cause of that annoyance, even if the good gentleman felt the need to vent his displeasure rather than tactfully making up his mind not to do so, and she asked him:

"Would it please you if I didn’t go again?"

The question had the desired effect. He who had been challenged needed some time to respond.

"I will never be so bold as to oppose you, but I would prefer that you not go."
"So I won’t go again and that is that. Things have been just fine for me during the time that I haven’t gone to dances."

Lupita believed she owed these amends, this comfort to don Hermenegildo, and she provided them. The poor man must have suffered.

He had reason to be jealous because he was well aware of the background of that young man who had courted her in the past. But what harm could come from this? None. There’s no harm in talking and dancing. Those are things everyone in the world does.

The months flew by and the wedding, set for April, was drawing near. It seemed impossible to don Hermenegildo that he was finally going to realize his lifelong dream.

When he thought back on being at the point of giving up, when he considered that he had placed over his heart something like a funeral slab that would bury those illusions he had harbored since his youth, drawing him toward married life . . . True, he had failed at many attempts, although a few had seemed only steps from being realized. For that reason he had made up his mind to think no more about it. For that reason he had submitted himself to the tyranny of that bad luck that would oblige him to live alone and die leaving behind none to mourn him.

Who would have thought it! Thanks to his friend doña Raimunda, whom he couldn’t praise enough, he had decided to make this one last effort, and this last effort was going to turn out well for him.

Lupita loved him. Blind as he might be, he didn’t fail to understand that. With each day she was showing more affection for him, and even the child was more affectionate. It was everything he could have hoped for.

The month of February arrived and the bridegroom had already purchased the things most needed for a wedding. There wouldn’t be much of a fuss. Everything was going to be simple. Why put oneself in the position of running up bills?

The sponsoring witnesses had been chosen: doña Raimunda and her husband el señor licenciado don Felipe Ramos Alonzo. It was an homage of gratitude to the good and respected friends who had taken him under their wing.

Lupita saw time fly by and the appointed date grow near, and she didn’t know whether to be happy or sad.

She had no hope that Luis Robles would abandon his marriage with Antonia Pacheco for her, so the fifty-year-old was the only acceptable choice available to her.

Although she had promised don Hermenegildo she would stop going to the dances, she couldn’t resist their allure, prompted by her memory of the journalist who was so pleasant with the ladies and who had such an original way of paying compliments. She saw no harm in that. If she should enjoy talking with someone, what was unusual about that?

And on the nights when there were dances, when don Hermenegildo, his visit ended, contentedly returned to his house, she hastily disguised herself in the room next to the parlor, where everything was ready beforehand, and at a prearranged time, eagerly went out accompanied by Chonita and Chonita’s husband.

Meanwhile, her fiancé let his thoughts wander, taking him to Lupita’s bedroom. He could imagine her sleeping peacefully, her lips parted in an enticing smile. How happy he was going to be with her!

Every night before going to sleep, he spent quite some time eagerly relishing the happy life that awaited him and sprawled in his hammock, he debated with himself how they would best spend their time at home. While lying there, his eyes frequently encountered an object dangling from the ring on which the hammock was hung, at the opposite end of where he lay his head to sleep. It was the mask he wore the night of the costume ball, swaying in time with the hammock.

What a disturbing memory stirred in don Hermenegildo’s heart! But all that had passed. On her own, Lupita had promised him she wouldn’t go to those dances again. What a good person she was!

We already know how she kept her promise: an innocent ruse for which she compensated the poor man by treating him with increasing sweetness and flattery. He knows nothing and by keeping the secret, she thought, she avoids upsetting him. If she had understood that something bad would happen as a result, she would never have done it. But don Hermenegildo was not being reasonable, and by making him think that she was accommodating his wishes, everyone was happy.

Given this history, it’s understandable that not a single shadow clouded the gallant clerk’s satisfaction with respect to his wedding plans. And he would have had no reason at all to curse the luck that had haunted him since birth, leaving him an orphan, if it weren’t for the worsening condition that occasionally dug its claws into his sister’s chest, consumption born of misery and overwork.

The illness was progressing slowly, thanks to the fact that the poor woman had passed the age at which its course is most rapid and deadly. But she suffered, and at times the threat of a fever left her prostrate and unable to work. With all this, the expenses were mounting as she had to buy medicine, but nothing more, because the doctor always tended to her at no charge.

So precisely when don Hermenegildo, with his wedding coming up, had most wanted to see her healthy and happy, as if to ensure that he didn’t escape some misery, he had to see his sister sickly and in pain.

One night, at about twelve-thirty, a strange snorting sound from the next room caught his attention, as if someone were suffocating, and he ran to see what was happening.

To his astonishment, he saw his sister seated on the edge of her bed with her head bent over a huge puddle of blood. Her affliction knew no limits. He touched her forehead and felt that she had broken out in a cold sweat. He helped the señora lie down and although she told him in a weak voice that the spell had passed, he shook his oldest nephew awake so that he could watch over his mother, and he went running in search of the doctor.

The family members who opened to his repeated pounding on the door told him that the doctor couldn’t go out, that he hadn’t felt well the night before and had taken a soak that made it necessary for him to stay indoors. Don Hermenegildo took this to be nothing more than a pretext, so he begged and painted such a grave picture of the situation that reluctantly, the physician finally came out, bundled up and covered from head to toe.

Arriving at her house, he gently checked the woman’s pulse and, by the light of a candle, examined the blood that was still on the floor. After calming her frightened family, he wrote a prescription, recommending that she begin talking the medicine before dawn if possible. If the attack should return, they should have the patient swallow common table salt because this would stanch the flow of blood.

With an empty bottle in hand, don Hermenegildo accompanied the doctor as far as his house and continued on in search of a drugstore willing to serve him at such an untimely hour, for by now it was after one in the morning.

For more information about how this story has been translated, please read the Introduction. 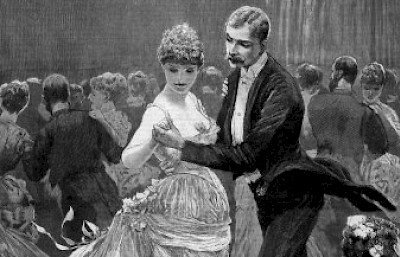 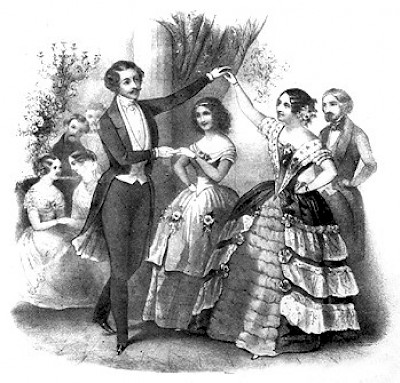 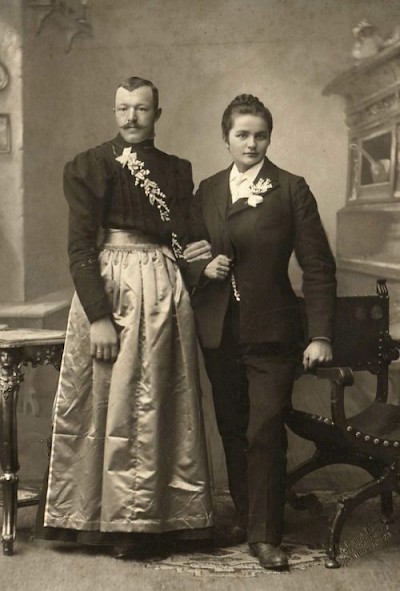 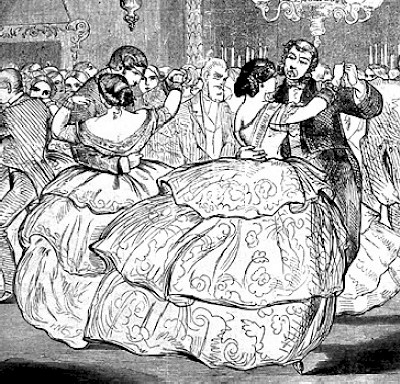 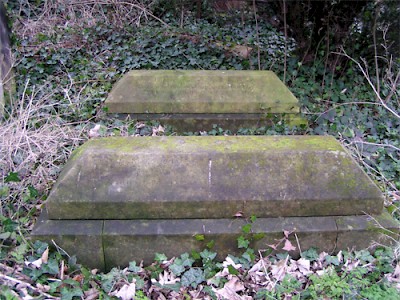 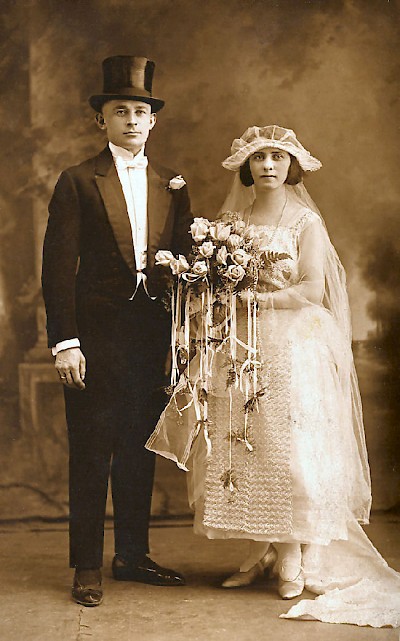 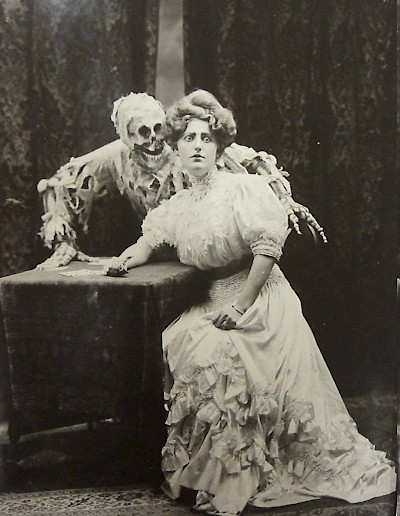 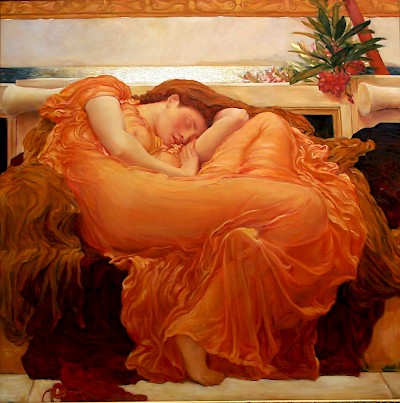 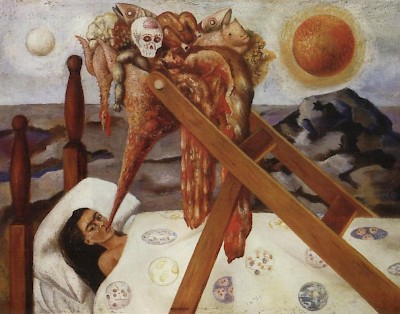 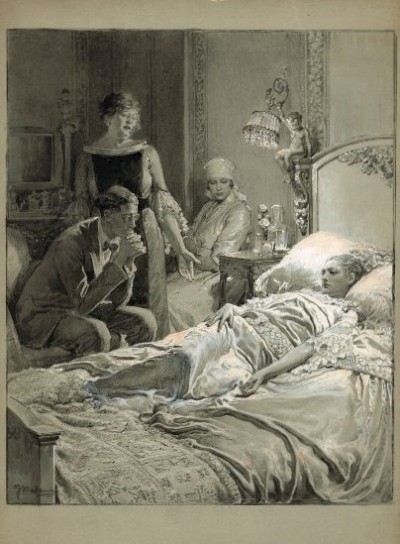