For the introduction and beginning of this story, please click this link: Intro and Chapter One of One Last Effort.

Next to the lawyer's house, there lived a federal second lieutenant, married for a few months; next, and due west, a doctor. Then there was another building inhabited by a proprietor of rental coaches and after this, the corner store. Facing the store lived the widow to whom we referred when speaking of doña Raimunda's gatherings, in a zaguán-style house with four windows, two of which were on the same street and two around the corner.

That corner was a meeting place every night for five or six youths who whiled away the hours conversing happily, just as likely to be seated on the bench in front of the store as standing on the sidewalk across the way, or strolling down the street one by one or two by two, and not infrequently in a group.

And just as many as not came with romantic intentions. The daughter of the carriage owner had her boyfriend. Two of the four sisters, fruit of a carpenter's marriage, weren't lacking theirs, either. And it is worth noting that one no less than Guadalupe, the daughter of the widow doña Prudencia, besides belonging to the most well-to-do family on the street, was like a woman, the most beautiful you could meet there.

It's true that she was still little more than a child, but her femininity was already manifesting itself elegantly, rounding her figure and imparting to her eyes that expression they acquire as they forget childish pastimes and envision other horizons. More premature in manifesting itself, however, had been the vanity of dressing up and adorning herself, as even when she was still in school, the widow's daughter had become scrupulous in dressing, and she would not leave for class unless she had powdered her face in front of the mirror, gracefully arranging the part of her hair that fell to the front and smoothing her dense, dark eyebrows that were arched so artistically. And in keeping with that, when she noticed that some man was watching her, she turned her face aside, smiling in spite of herself and displaying the pretty dimples that adorned her cheeks.

Doña Prudencia made her abandon her studies in light of her age and because, so they say, she had learned enough. Lupita, as she was generally called, had been in a high school of modest pretensions in which the girls were instructed in Christian doctrine, needlework, and a few more courses, enough only for the woman to learn to take care of herself, take care of her house, and acquire the knowledge necessary for life. This didn't satisfy the good señora, and desirous of taking pains to give her daughter the best instruction, she enrolled her in a school in which were taught literature, world history, French, etc., etc.

Doña Prudencia was beside herself with satisfaction when her daughter said ma mere or something similar to her.

"And what does that mean?" she asked her the first time she heard it.
"My mother, mamá; hey! don't you know that?"
"How can you expect me to understand that nonsense? If you don't speak to me in Castilian . . ."

She never ceased to admire the way in which the girls of the times studied so many subjects. She herself had barely learned to read poorly and to write even more poorly. As a result, it was not unusual that upon seeing for the first time the geographic atlas she bought for her daughter, she was amazed that at such a young age, the girl was taught with such a big book.

In truth, Lupita had not learned much of anything in either of the two establishments. Not for any lack of intelligence, but because she did not study, and her mother did not try to make her do so, figuring, without a doubt, that it was the instructors’ responsibility to inspire in her the knowledge available to her only in school.

And that proved to be true. It was rare that Lupita did not figure among those who had to recite some poetry during awards ceremonies, because if her talents at the podium were not admirable, on the other hand, neither the place nor the occasion was bad for allowing one of the most beautiful ornaments of the school to show herself off to good advantage.

After leaving this school, Lupita had remained at liberty to indulge her every whim at any hour of the day except for the few times she was pressed into service as her mother's secretary. Her piano class, which was every other day, was not very demanding, and she entertained herself with the instrument at times, more setting out to learn dances or other danceable pieces than to grudgingly study the lesson. Housework is a gift from God. The maids knew that and, to some extent, so did the mother, who once in a while put in an appearance in the kitchen and scolded if some piece of clothing had gone without mending. The rest of the time, the good señora never thought of the good she could have done her daughter by getting her used to understanding domestic chores, something indispensable to the good education of a woman. And she left her to languish in perpetual idleness that allowed her to spend the dead hours falling in love with herself in the mirror, pondering in which house of a friend her age she would spend the afternoon or the next Sunday, or what is worse, gorging herself on whatever novel she could get her hands on, the more romantic, sinister, or filled with gallant adventures, the more greedily read.

Manuel, doña Prudencia's other child, had a different life. Upon his father's death, he insisted on going to run the plantation, and there he spent the better part of the year, becoming more dull than he already was, which was no small amount, and working for his family without neglecting in doing so the cultivation of land bordering on his mother's land, which he bought with savings from what he earned as manager. A worker like few others, he spent up to a month without coming to Mérida.

In the afternoon, after eating, Lupita opened the window nearest the zaguán that faced the aforementioned street, which was more densely inhabited and busier than that on the other side of the house.

In a rocking chair set in one of the doors, she seated herself with a novel in her hand and didn't take her eyes off it except to change position, turning her beautiful bust to the street, with the intention of seeing if someone was coming. When such was the case, feigning attention to the book, she watched out of the corner of her eye to see if the passerby had noticed her and if so, with interest.

In the evenings, Asunción, the daughter of the carriage owner, used to go to converse with Lupita until the arrival of the young men on the corner, when she would return home to better attend to her own affairs, as she was at the point of finalizing an understanding between herself and a young mechanic, with whom she had celebrated some preliminaries in the doorway of her house.

Lupita, for her part, was not neglecting her own interests. At various times she leaned out the open window, played a little on the piano or seated herself in the parlor to talk with her mother when the latter had not gone to doña Raimunda's house, and not infrequently she would go to one of the shutters facing the other street.

From this location, she could see the group on the corner. In it was Fermín Dorantes, who for her and only for her spent so much time every night waiting for the opportunity to talk with her. She could also hear the voice of Luis Robles. Poor Luis! How in love he was! And he was a good boy, and very nice, although a little crazy. But Fermín had beat him out and Luis knew it. Still, it did not matter. Every night, there among the first arrivals, and very resolutely, when he saw her in the window, he approached. The poor boy! Naturally, Lupita went inside.

"Go ahead, my dear, go inside," Luis then exclaimed. "I like the ones who make me work" and he continued his fresh remarks.

One night, she was caught off guard and while she looked unawares to one side, he approached from the opposite.

"Listen, Lupita, do you want me to throw myself down from the cathedral tower? Just so you can see how a man fractures his skull?"

And without answering him, the girl went inside because she couldn’t contain her laughter.

"Even that, my dear, just the pleasure of seeing that little mouth smile."

And all in a loud voice, even though the neighborhood was within earshot. That Luis!

When Fermín was at the shutter talking with her, the things that happened to him! It was unbearable! He began to sneeze, to cough, to wheeze. Naturally, the conversation didn’t last long and Fermín became furious and demanding. One of these days they would kill each other. Poor Luis! The truth is, a man cannot help but be sad upon seeing another man talking with the one he loves.

Lupita had similar reflections. At times she wondered if she might like the slighted suitor as a boyfriend better than Fermín. But Fermín was a good boy, very responsible and a hard worker, and although a little gangly, not a bad guy and she liked him very much.

Luis didn’t show himself to be less enthusiastic, but it was said that he loved all women. For this reason, Lupita would have responded to him only to see if, as her boyfriend, he would dare to love another.

And he has a reputation . . . What a shame! because he is very bright and likable.

In reality, the young woman loved neither one nor the other. The two glorified her vanity about being beautiful and nothing more. Fermín arrived at that stage when Lupita was dying to hasten the time when she could lengthen her dresses and find herself old enough to flaunt and be found dazzling with her beauty. It would not be long after first having a boyfriend that she would be elevated to the status of woman, and so it happened after a prelude of only a few days. Later Luis Robles appeared on the scene, and from that time on, no one on the street other than she had two suitors. What pleasure! 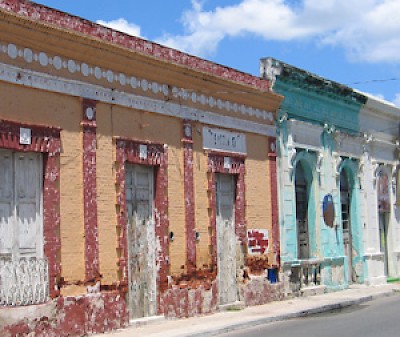 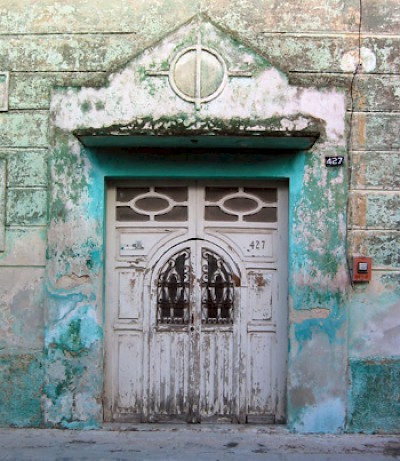 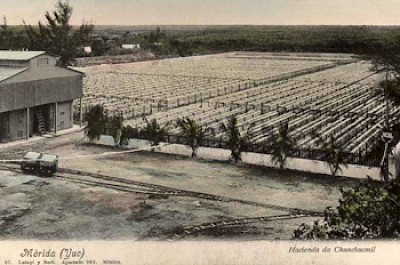 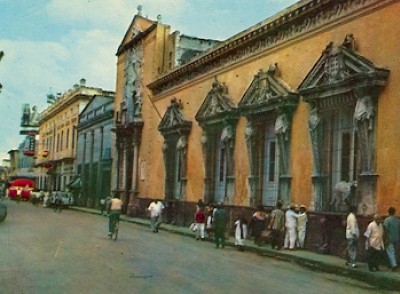 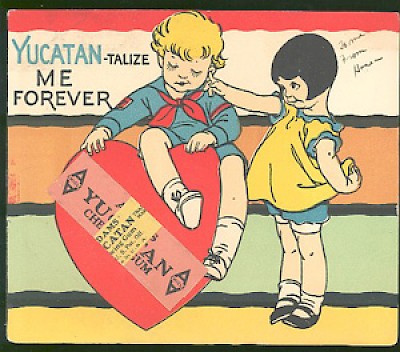