In most cases, married life produces conflicting effects on women. Some slim down, others gain weight, this one loses her looks and that one becomes more beautiful, and very few are those who remain the same. The fresh and beautiful Guadalupe, who after a half year of marriage began to lose the color and fullness of her cheeks, did not fare well.

Certainly it is true that the lifestyle of a husband like Pancho Vélez would not augment positive signs of health in his wife, who for as much as she tried to avoid it, couldn’t help but lose sleep waiting up for the night owl.

Her impressions of her new life, into which she had entered with the curiosity of a child, were reason for her not feeling the full weight of pain that her mother’s death must have caused her. And when the rosy clouds that huddle in the honeymoon’s sky began to come undone, the terrible reason that precipitated her marriage had been held back only to awaken in her the need to pay the full tribute of tears that she owed to the memory of the woman who had given her life.

Furthermore, other family questions were attracting her attention and bothering her deeply… those were the differences arising between her husband and her brother Manuel over the lack of a will, and the latter’s displeasure reaching the point that he had completely stopped going to his brother-in-law’s house.

The estate was put up for auction and Manuel kept the plantation, paying the difference at his own expense.

The newlyweds had moved into a decent annex, spruced up with some nice furnishings, not far from the street that was the scene of their first conversations at the window. They acquired it as property with the inheritance, and the eighteen thousand pesos left over from their share of the hereditary package were invested in a trading house that paid them twelve per cent a year, that is one hundred eighty pesos a month. With this, they could have gotten by quite handsomely, small as the family was, if the husband’s personal budget had not had outlays that were like a hole through which the fortune of a Croesus could seep.

Lupita had to resign herself to seeing that, little by little, the enchanted castles she had manufactured in her maiden’s fantasy, and that she had hoped to see upright and dazzling when she was married, were crumbling. How many times then had she imagined herself going to gatherings, attending dances, riding in a coach through the avenues dressed elegantly and always accompanied by her adored Pancho Vélez, who would show her off in the best society, like displaying a rich treasure that stirs the envy of others.

But the distinguished playboy was not fulfilling such beautiful dreams, and not because of the prescribed mourning period. In fact, even when this was past, when his wife managed to have him take her to a party, he would leave her alongside a friend, if not a stranger, and return for her later.

And it even happened once at an open-air concert that the music ended and Pancho Vélez didn’t appear. Lupita found herself suffering the mortification of having to be taken home by the kind Chonita and her mechanic husband, while her own was perhaps arguing in a cantina, if not wandering around someplace less licit.

At one in the morning, he came home. His young wife, awake and upset, heard him come in, and while he calmly took off his coat and unknotted his tie, she said to him in an ill-tempered voice:

“You really treated me well. You had a lot of nerve leaving me stranded.”

“Before the concert ended I was desperate walking through the plaza looking for you. But girl, with all those people!”

“And that’s why you didn’t come to see if I was already here?”

“I didn’t think it was necessary. Where were you going to go? I supposed that you were with Chonita, whom I seated you next to and you would have expected to come home with.”

“What fun I would have had following you around waiting. Who knows where you were at that hour?”

“So I believe it; and the friends are those who give you flowers like the one I found yesterday in your pocket.”

“Flowers? Ah yes. You know that I’ve always liked flowers. The day before yesterday I bought them from a boy to give them to you, and you don’t thank me.”

“I thank you very, very much,” grumbled Lupita.

At first, such scenes were more violent and they made her cry.

“Tears?,” he said then. “Well, the sensible thing is to get away from where it’s raining to keep dry. If you keep crying, I’ll leave again.”

Fortunately, maternal care and affection came to make married life’s difficulties more bearable. A little after one year of marriage she had a child to whom they gave the baptismal name of his father.

The new being came into the world somewhat weak and sickly, but to Lupita he was the most beautiful child on earth and she dedicated herself to caring for him, spending long hours looking at and caressing him.

When Pancho Vélez first came in to see his heir, he let out a grunt. And he still had not figured out if he liked him or not. But little by little he was beginning to feel affection and even showing great satisfaction at feeding time by cooing to the little guy. He often brought him sweets or toys appropriate to his age.

Because of that, it should not be believed that such domestic digressions were changing his behavior. His late nights were the same, with the difference that Lupita became accustomed to them and no longer offered a single reproach, and only occasionally one concern or another about his health, as Pancho Vélez was day by day becoming yellow and wrinkled, and a suspicious cough was beginning to bother him.

The womanizer’s mother had given up any hope that the holy knot could bind her son strongly enough.

What more did Lupita need than to receive without letup the news that her husband had given that woman an expensive dress or the other a very elegant fan, all of them women of questionable virtue?!

How many things had been brought to her attention and how urgently she wanted to do something about them.

The details, which seemed too impossible to talk about, came to her and irritated her and gave rise in her spirit to a dangerous desire.

One night, during theater season, someone told her that her husband was in a restaurant dining in full view of everyone with an attractive chorus girl, and she was tempted to go out in the street and, taking the arm of the first young man she happened on, look for Pancho Vélez and in front of him and the chorus girl, closely embrace the other man, provoke a jealous explosion, and feel the pleasure of revenge. 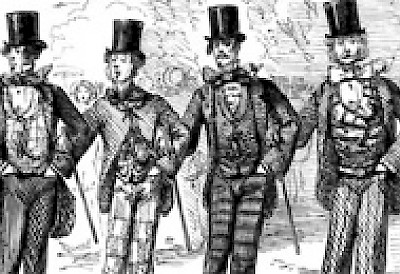 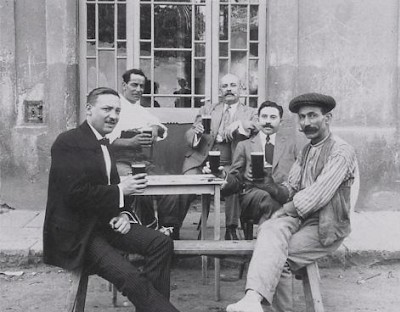 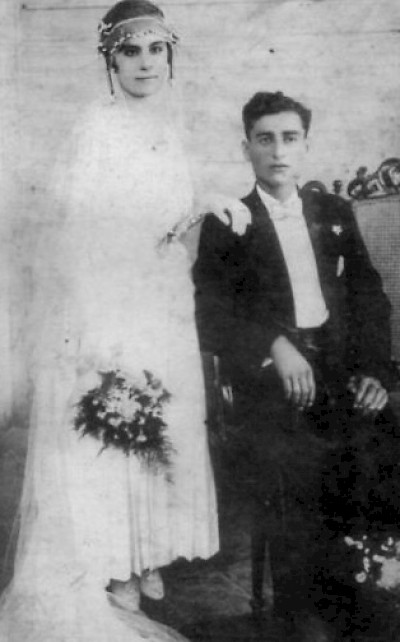 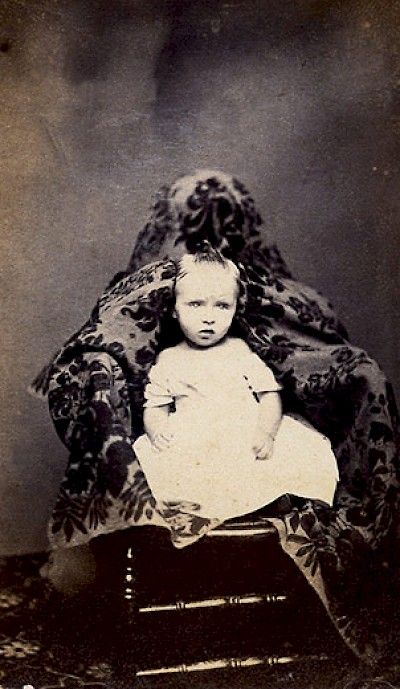 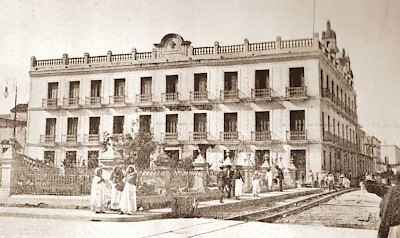 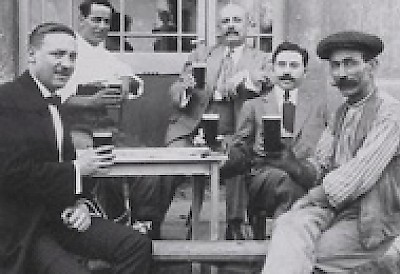 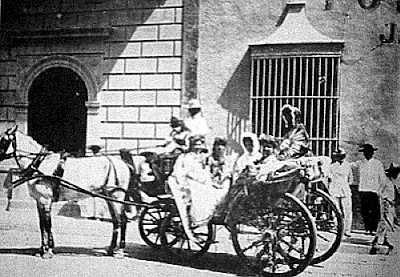 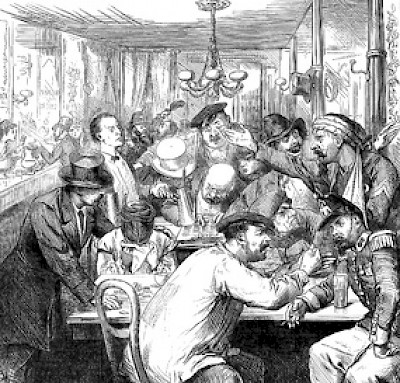 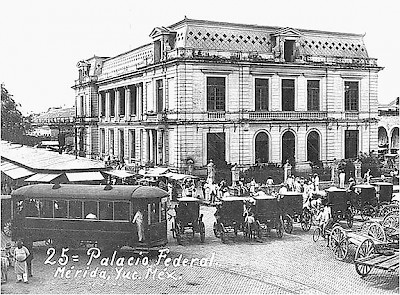 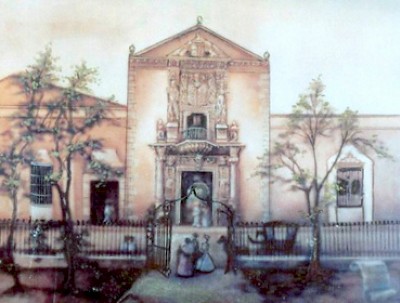 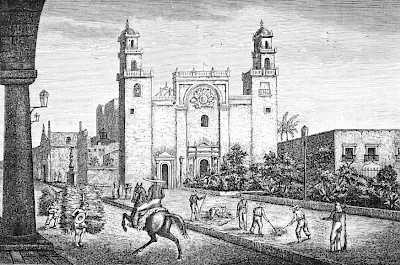