Don Hermenegildo gave his hat a final brushing, placed it on his head, and taking up his walking stick, said good-bye to his sister.

Deep in thought and brooding, he set out on the delicate and serious task to which he had agreed, determining the best ways to handle it so as not to leave the impetuous young man unhappy and not to displease doña Prudencia, something that would have caused him one of the greatest anxieties of his life.

When he arrived at the widow’s house, she was leaving with Guadalupe for the dance.

“Hello!, he exclaimed upon seeing them. You going out? And someplace nice?”
“To a little dance that’s going to be at the Ortegas’ house. Did you come to visit us?”
“Yes, but I’ll come another time, and I can accompany you now if you’ll allow me that favor.”
“With much pleasure.”

And they set out together with don Hermenegildo walking alongside the señora.

Don Hermenegildo had not forgotten doña Raimunda’s advice and he felt himself getting flustered alongside the woman who seemed to him the most suitable to bring him out of his aching celibacy, going beyond his limits to the point of indirectly insinuating the idea of a new marriage. It seemed to him he had said too much, but enlivened by his companion’s eloquent silence, he continued:

“Well, of course, you could get married again. It seems impossible that you should have a thirteen-year-old daughter.”
“Fourteen, don Hermenegildo.”
“Fourteen? It’s that she’s very beautiful, but it’s hard to believe she’s that age upon seeing her mother. You are still very young.”

At this, doña Raimunda came out of her house and joined the group, interrupting don Hermenegildo’s burgeoning momentum.

With nothing worth noting, they continued on their way to the dance, and there their companion stepped aside, as he had not been invited, when Perico Ortega, who had seen him, insisted on introducing him.

Off to one side, there were four rocking chairs for the mamás, two occupied by the señora of the house and Chonita’s mother. Doña Raimunda and doña Prudencia seated themselves in the others and don Hermenegildo took a chair nearby after politely saying hello.

Upon her arrival, Guadalupe was surrounded by her companions. Those of the opposite sex were approaching, first Pancho Vélez and then the others, grouped together, asking her for different dances and placing her in the difficult situation of responding to all their demands, then holding in her memory that sea of commitments to which she was unaccustomed.

This new development held great importance for her, as it seemed to promise a series of triumphs in life, based on the happy outcome of one small entrance into the world. And it did not escape her that Pancho Vélez had been the first to approach her in a way that was obvious to everyone. It was known that this young man was from one of the leading families, despite the modest position of his cousins, the Ortegas, even though the cousin relationship was unclear to everyone except the girls’ mother, who would explain it to anyone who wanted to disentangle the genealogical skein she put before them.

In a corner was set up the music, composed of a piano and a violin. In the hall next to the parlor several older men were chatting. And outside on the street, the curious craned their necks to peep through the sole window’s shutters. The door had been closed since the last guests entered.

Among those on the street was Fermín Dorantes, snorting because inside he could see Luis Robles, whose strategic moves he had observed. He watched Luis approach the girl along with the others and then be the last to leave her, and he figured it was certain that his impertinent rival would dance with her and not pass up the opportunity to talk with her to his heart’s content.

Indeed, Luis Robles had achieved the promise of nothing less than the first dance, which is typically the cuarta and the polka. For this reason, Lupita resisted somewhat, because she had never danced. But in the end she agreed, counting on her partner’s expertise and the fact that she had practiced alone in her room, humming in the absence of other music.

Everything went perfectly in the beginning. Luis Robles, the first dance; Pancho Vélez, the second and the lanceros. But after that, Lupita could not remember how she had distributed the rest. As long as the young men opportunely presented themselves to jog her memory and there was no one to dispute their claims, she didn’t come up against any difficulty. But it so happened that Perico Ortega, mistakenly or maliciously, let her know that the fourth dance, coming up next, was promised to him. The girl agreed, but as the young man of the house stepped away, Luis Robles approached, saying:

“I’ve just told the musicians they shouldn’t end this next dance they’re going to play until dawn.”
“Why?”
“Because this, the first, and the polka will be the most enjoyable that I’ve danced in my life.”
‘So who do you have it with?,” she asked with alarm, suspecting what was the matter.
“What do you mean, who with?”

And so followed the clarification and Lupita’s dismay. Luis Robles was adamant, but he finally had to give in, assuming a gracious persona and the girl’s promise to dance the following one with him. He walked away to see who had agreed to be his other partner for the fifth dance and to arrange a partner for the fourth. This was Belita Ortega, captured at the far end of the room by Pancho Vélez, who had stealthily passed the lulls between dances talking with her.

Everyone said that Belita Ortega was Vélez’s girlfriend, and she, like the other members of her family, assumed that the fair and natural outcome of their encounters would be a wedding. But for anyone not wearing a blindfold that prevented them from assessing the circumstances, the heartthrob had not even in jest given a thought to descending from the heights of his position to introduce the appetizing Vélez branch into the modest Ortega family tree.

Guadalupe knew all this and more, and she did not fail to consider the probabilities and the pleasure she would take in displacing her friend.

Pancho Vélez, playboy that he was, was regarded as an excellent catch in the common sense of the word because his family was one of distinction and considered rich, although in reality they were not much so, as they endured serious hardships to maintain old decorum and not be diminished among their relatives.

But let us return to the dance, where the beginning of the fifth dance is sounding, and the gathering is putting itself into motion.

Two people plant themselves in front of Guadalupe: Luis Robles and Francisco Vélez.

“At the beginning you gave me the fifth.”
“Remember; you gave it to me.”
“And what am I to do?” awkwardly exclaimed the young woman.
“Well, dance it with me because you gave it to me,” observed Pancho Vélez.

And taking drastic action he took his disputed partner by the hand and began dancing.

“Don’t be rude”, Luis Robles accused him in exasperation, and let her decide.

But Vélez either did not hear him or pretended not to notice, because he continued swaying and turning in step with the music. The young woman’s heart was in her mouth. She could not figure out how to appease Luis Robles.

Preoccupied with this, she did not even see the forgotten Fermín Dorantes’s upset face at the shutter, although she had seen it earlier without reacting in the least. And she was drawn out of deliberating about her thankless straits only by the voice of Vélez, who began paying her compliments to which she responded with the traditional “You are very kind…” (Muy amablé…)

As the dance ended, Pancho Vélez felt a sharp tug on his coat tails at the same time that a voice said, with a commanding and arrogant tone, “Come over here!” He immediately went out into the hallway with Luis Robles, who had tugged at him, and they got into a dispute exchanging acrid and provocative words.

The fuming Luis wanted them to go from there to the street, but due to the others’ voices of reason, they left the matter for later.

News of the incident circulated within moments, and Luis Robles, figuring that his cause would be the worst bet, especially in that tribunal of cousins, took the option of leaving as the most prudent.

The dance ended a little later, as much because of the incident as the fact that it was already ten-thirty at night. Lupita was the first to leave, accompanied by her mother, by doña Raimunda, and by don Hermenegildo. The latter, as soon as he walked the women home, returned to the dance, trusting that his words of wisdom would pacify the irritable young men.

Pancho Vélez was not allowed to leave because the Ortegas, especially Belita, feared a disaster. But in the end he left with don Hermenegildo in the direction of the corner where Luis Robles was waiting surrounded by the others.

“Now I want to see, right now,” the latter exclaimed, “if you dare to repeat here what you just said.”
“Do you think I’m scared to death? Not of you or your father or all your family,” answered Vélez.

Just then a furious wallop knocked him backwards. But recovering immediately, he went at the other delivering a punch to the face. Robles, blind with rage, gave him such a kick that don Hermenegildo, waving his hands like an olive branch, intervened shouting, “Calm down, gentlemen, calm down!” But the contenders did not hear him and amidst the clamor of battle, he mistakenly received a slap on the head that sent his hat rolling in the dust.

Both contenders had moved in close and were exchanging blows to the head and face until they fell down in a tangle. As he got back up, Pancho Vélez took out a revolver and prepared to shoot, but two of the spectators grabbed him from behind to make him drop it while others, with the help of don Hermenegildo, contained Luis Robles, who had armed himself with brass knuckles. The others disappeared as if by magic, questioning their safety given the new turn of events.

This was brought to an end with the friends’ intervention and each one went off in his own direction: Luis Robles with a bump on his left cheekbone, Pancho Vélez with an injured hand, and don Hermenegildo cleaning his hat with his handkerchief.

Lupita had trouble sleeping that night. What might be happening? She would have given anything to know. Luis Robles is crazy and Pancho Vélez is no coward. They could be tearing each other to pieces and all for her, for her alone. 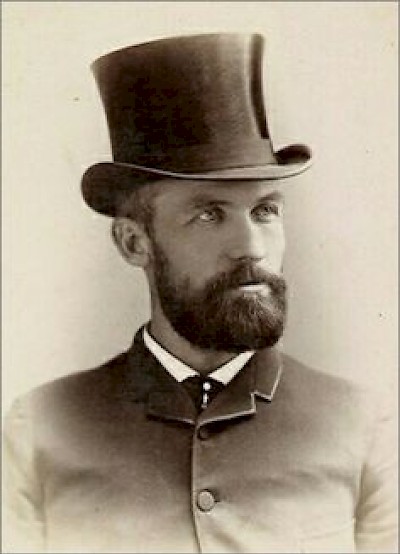 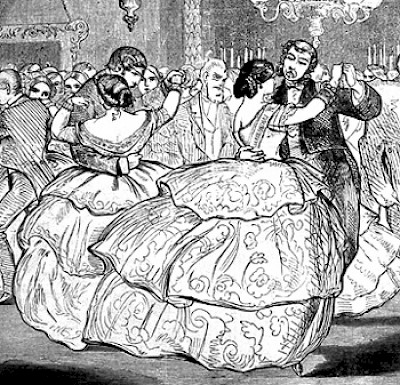 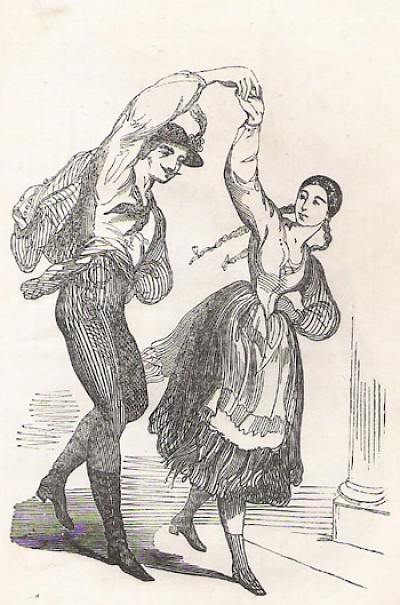 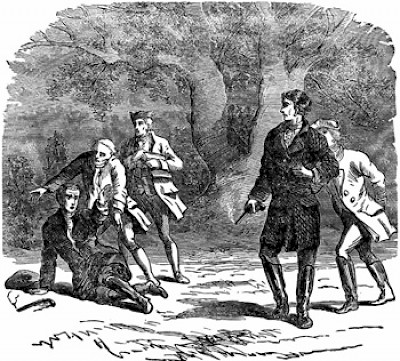 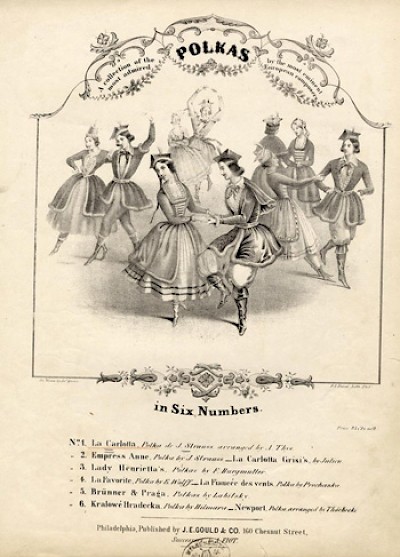 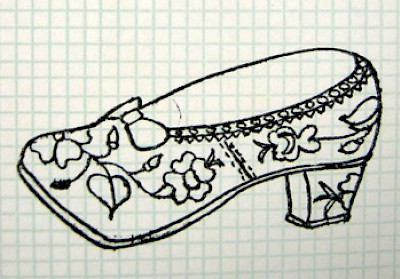 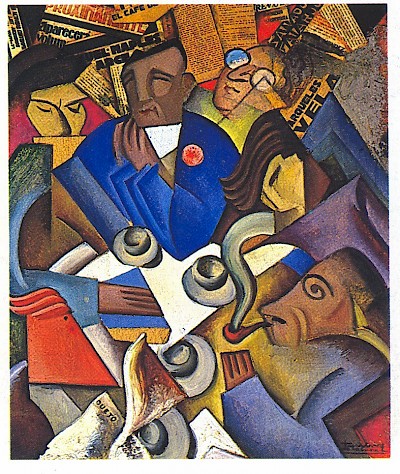 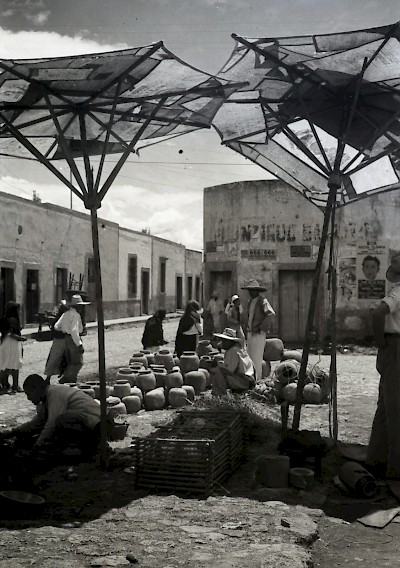 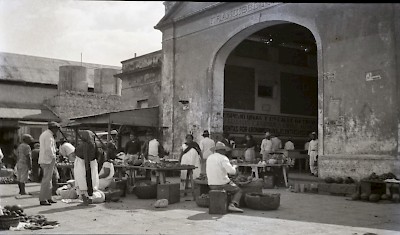 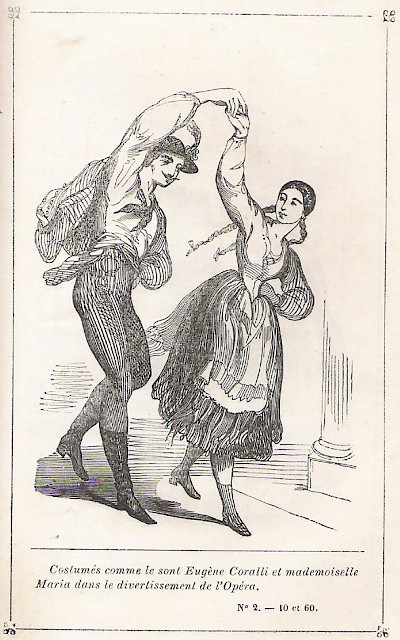