It was quite something to see how doña Raimunda enjoyed the narration, bursting out in laughter from time to time as don Hermenegildo gave some account of his rejected advances. And she had more than enough cause to do so: the pained grimace, the wistful look on his face, the timidity that rendered him childlike, and above all, the hesitant and solemn intonation he often gave to his words… all were triggers for the señora’s laughter.

He fell in love with a neighbor of his who had many admirers. What happened to him upon seeing that woman? He turned red when he passed by her house and he trembled upon greeting her while she blindly laughed at him.

It seemed he might be her favorite, but those traitor nerves, that blood so restless that it rose to his face, caused him to decide it would be madness to speak to the charmer of his intentions.

Paper doesn’t tremble or blush. So there were letters and more letters.

That, however, couldn’t continue, and in fact did not continue, but for a reason very different from what he would have wanted. A friend of his revealed to him that everything he had written to the neighbor was now in the possession of a young man already accepted by her and who was regaling his buddies with don Hermenegildo’s stolen love letters.

“Laugh, señora, go ahead and laugh, as it was well deserved thanks to my foolishness. Everyone on the street except for me knew that they were kissing and cuddling at the shutters. You must agree, however, that a man who sets out to conduct himself with honor doesn’t deserve that treatment. As for me, he added shaking his head, it makes me feel bad all over. Believe me, I know what I’m talking about.”

The second fortress he tried to conquer was the heart of a brunette with a maddeningly sweet gaze, daughter of a lieutenant colonel famous in the political revolutions and then aligned with the Government. Her house was on one of the streets that don Hermenegildo took on his way to court. He had been walking that way for a little more than a month when one night, the father, who had a sour temperament, came fuming at him, and after calling him a vagabond and other things that made him feel lower than dirt, ended up threatening to take a shot at him if he came anywhere near the house again.

Doña Raimunda was holding her belly, which was hurting from laughing so much.

“Just to go to the office I had to change streets!”

“But you had the consolation of knowing that this girl liked you”, the señora pointed out, looking at him and preparing to continue laughing.

“She never got around to telling me that, because I didn’t even ask her. The chance to talk never came up.”

“You didn’t talk to her, don Hermenegildo? And what were you doing for more than a month? Was she dissatisfied with you?”

“No, on the contrary. But the truth is that I’m no good at those things. Believe me, I know what I’m talking about.”

“That’s understood. Being so shy. . . . Certain matters call for resolution. But didn’t you finally get a girlfriend, don Hermenegildo?”

“Aha! What do we have here? And why didn’t you marry her? Could it be that her parents didn’t approve?”

“No, to be honest, not that. I have no complaint in that regard. But the misfortune that doesn’t seek me out from one side, comes from another. Since I become extremely agitated when I speak of love to a woman, I arrived at an understanding with her because a cousin of hers helped and encouraged me, knowing that my intentions wouldn’t be poorly received. I had to explain to her parents the honorable purpose of my frequent visits to the house because they told their daughter: serious matters must be handled formally. I complied with their request. When they asked me about the length of the engagement, it gave me a chill. I hadn’t thought about that. I set it at one year. I had hopes of bettering my situation, but the days and months flew by and I was continuing at the same level as far as my finances were concerned. She was as poor as I, so I couldn’t hope for anything more than my own resources. Many things could happen in six months and I asked for extra time. But what happened was that, in a very refined way, they dismissed me from the house, reminding me that I was going there to marry their daughter, and I was unable to do so. I could hardly prove myself so heartless as to take her from her home to kill her of hunger, and here you find me as single as I was born. This happened almost nine years ago. Convinced that he who was born to weep should not be tickled, I have renounced loving any woman because that is what my luck comes to, doña Munda. Believe me, I know what I’m talking about.”

Don Hermenegildo was shaken, and when he took out his handkerchief to wipe the perspiration from his brow. The señora was certain that he also furtively dried a tear that escaped from his eye.

“Come now, don Hermenegildo, I won’t tell you that you’ve been very fortunate in these things, but let’s agree that to a great extent, you yourself are to blame.”

“You. Just why haven’t you taken much of a liking toward marriage?”

“I can swear to you that there were very few men of my age more inclined to consider marriage a man’s most perfect state.”

“Well, then, the fault, in the first place, is with your timidity; then…”

“But how would you want me to fix that? I can’t help it and, in fact, it torments and weighs on me.”

“And the last one, why didn’t you marry her? You say it’s because of your lack of resources. But although scarce, there were some, and others that God would surely have given you as he never fails those who need him. One thing that could have helped her, you would not have been so lacking in judgment as to snatch her from one poverty to place her in another. Look, perhaps that very thing would have bettered your situation, because it wouldn’t be the first time a person saves himself by paying attention to family responsibilities.”

Don Hermenegildo sat thinking about what he had just heard and, as if interrupting the train of thought that was absorbing him, he replied after a moment:

“All that is very nice, señora, but if those plans had fallen apart, what would have become of us?”

“Fine. You would have been poorer. Others have it worse.”

The señora’s words seemed to trouble her guest. She, encouraged by the apparent success she had obtained, dared to spring this question:

“And today, why don’t you get married?”

“But, señora, with the extra years that I’ve added on…”

“With those added years, you’re still not old.”

“And with such a low salary, I’d be crazy to think about that.”

“Come on. Cheer up and look for a girlfriend and I promise you that Felipe will help me see to it that you improve your possibilities.”

Her husband, who was just then arriving and who heard his name mentioned, asked:

“What’s this about? How are you, don Hermenegildo? A very good evening to you.”

“And to you, sir. How has your day been? You must be tired from all your business affairs.”

“The usual. The heat is what tires me more than anything. Today at noon, I felt a headache coming on.”

“You don’t say!” exclaimed the good gentleman with heightened interest. “And what did you take to get rid of it?”

“Nothing,” responded don Felipe as he came in to take a seat. “It left the same way it came. So then, what were you talking about?”

“I’m encouraging don Hermenegildo to get married. I’ve promised him that we’ll help him better his situation, and even, if he wants, be the godparents.”

“With much pleasure,” agreed the licenciado, seating himself in the chair and pushing it toward the wall to turn it sideways.

They went on talking about a variety of things and a little later the bachelor bade them farewell, wishing the entire family a good night, that the licenciado’s headache wouldn’t return and prescribing, in case it should, sweet marigold leaves.

Read Chapter One, Two and Three of One Last Effort (El Ultimo Esfuerzo). 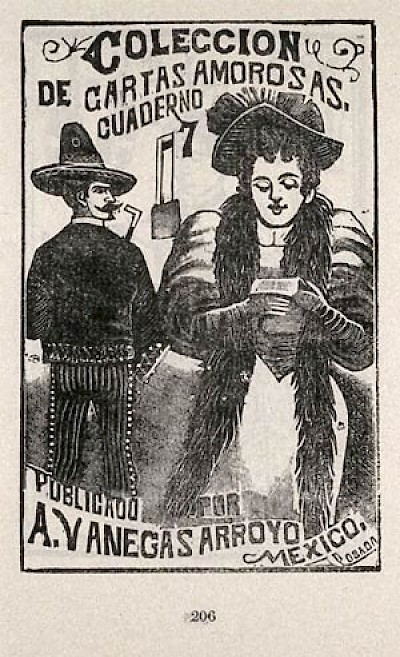 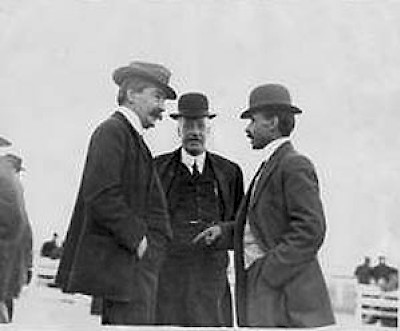 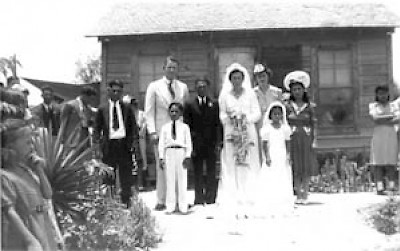 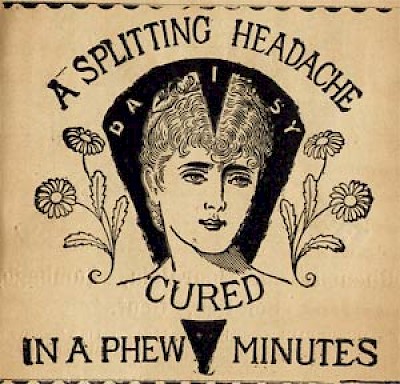