On Thursday don Hermenegildo did not get a reply from Lupita, who put him off until Sunday, then finally settled on giving him an answer the following Friday. The lovestruck gentleman’s pleas had no success on Friday either, but on Saturday he was informed of the longed-for consent that had so tried his patience.

Lupita’s fiancé at last! Fiancé of that Lupita who was celebrated like few other young women. To don Hermenegildo it seemed like a dream.

The misfortune that had pursued him with unshakeable tenacity since birth, leaving him without a mother the very moment he was born; the misfortune that, as if it had wanted to punish its worst enemy, vented its anger on him plunging him into poverty and disrupting all the plans and romantic daydreams that had offered the promise of marriage, seemed to have finally grown tired and left him on the road to good luck. His never-ending complaints continued, because he couldn’t stop, because they were second nature to him and almost as necessary as eating and sleeping. But he felt happy, he looked at the world with a smile, and he felt energized. He had done well not to become discouraged and resign himself to the mindset that his frequent setbacks forced him to take.

It had turned out well for don Hermenegildo to make, as they said, one last effort, the effort of talking to Lupita about his hopes; the effort which, had it failed, would have put an end to the fantasies of marriage’s staunchest but most ill-fated advocate.

The office would no longer be the place where he had to spend annoying hours in order to gain a miserable wage just to keep him from dying of hunger, but a place for the ennobling work that builds good men, strengthens the spirit. And it gave him the opportunity to honorably earn a living for his wife and for his children. Yes, his wife and children. For although he didn’t have them yet, in the future, after a day at the office, they would joyfully see him return to his sweet home and, smothering him with caresses, they would lead him to the table where a simple but nourishing meal would be waiting for him on a white cloth.

And his widowed sister? Every once in a while, don Hermenegildo saw her as a black mark on the horizon of his happiness. What a blow for the unfortunate woman to hear that her brother was going to get married, forming a new family and leaving her behind! The bachelor felt truly down-hearted thinking about this possibility, and he was determined to find some way to dedicate part of his income to help her.

All in all, not everything could go according to his wishes and he would have to put his faith in God.

In the evenings, don Hermenegildo visited Lupita, causing him to absent himself from doña Raimunda’s usual gathering, which he now looked in on only occasionally. He was most tender with his fiancée’s child and more than once, the little boy slept in the bachelor’s lap, lulled by his future stepfather, despite the mother’s insistence that he be turned over to the nursemaid.

And when the child was sound asleep and had to be carried to bed, don Hermenegildo took him in his arms very gently so as not to wake him, stood up, and solemnly leaned forward to deposit that precious cargo into Lupita’s extended arms, with which his own naturally crossed. That moment was the happiest of the day for the prospective bridegroom.

He didn’t see that as a mere scene of domestic life, but something like a ceremony; like the consecration of a loving covenant by which the widow and the bachelor together were caring for that child who was regaining his dead father in his mother’s new husband; and this would be handed over to him after having formally completed their vows, serving to tighten the knot which would secure the hearts of husband and wife in a bond of love.

It was the end of December and the wedding was set for April. The groom was saving in every way imaginable for the necessary expenses and to see his way clear to have a suit made, brand-new, so as not to appear unworthy of holding Lupita’s hand to receive the nuptial blessing.

Everything looked bright. The happiness left him looking to the future, and not a single cloud showed its grey veil to darken the undeserved stroke of fortune that had been the constant illusion of his existence.

But the devil makes fun of mortals. Not much time passed before anxiety would assault don Hermenegildo’s heart. Several times, on the street where his fiancée lived, he had met Luis Robles, that crazy boy who in another time besieged the young woman and even relied upon him, don Hermenegildo himself, to speak to the deceased doña Prudencia. Could Luis be interested in Lupita? This thought made him tremble thinking about the destruction of a happiness that he until now believed was almost in his hands.
What a miserable man I am! Of all the women in the world, when he has just arrived from Mexico City, where there would be many, many more, he comes here to steal my fiancée from me; me who does no harm to anyone; who is poor and in no condition like he is to choose another.

And he felt like he was going to cry.

Ah! He who hasn’t found himself in don Hermenegildo’s circumstances could never appreciate the righteousness of his lamentations. From a very young age, married life appealed to him, but his timidity with women, the scarcity of his resources and many other inconveniences had put up an impenetrable wall between him and his constant illusion. So he spent the years envisioning a somber future and often imagining himself dying forgotten in a dark corner, without friends, because he was poor and without a wife and children whose love would make his final moments less bitter. Then when at an advanced age, still strong, he feels the passion of his youthful spirit reborn, that happiness he had renounced because he thought it to be impossible presents itself and offers him the very future he would have created for himself. And he sees himself as Lupita’s husband, that Lupita as amusing and delightful as children who drive him crazy, but crazy in a happy way. When he seems about to attain his golden dreams, there arrives on the scene one who is favored by luck and lucky with women; and this guy, this villain, sets his sights precisely on the fiancée of don Hermenegildo, who would have given all the world’s treasures, had he had them, to be left living in peace with that happiness he had worked so hard to attain.

"What harm do I do to anyone?" he repeated. "Why does luck persecute me? Don’t they say that Luis Robles is committed elsewhere and it turns out he’s making a play for Lupita? Ah! I’m very unlucky. Believe me, I know what I’m talking about."

The truth of it all, he went on thinking, is that these are misgivings without much foundation. I’m like the miser who believes he’s going to find a threat to his treasure everywhere he looks.

Was Luis Robles going to marry an impoverished widow, and one who retained only the remnants of her former beauty, when his girlfriend was both beautiful and rich? Certainly he could have been a fearsome rival, but without a doubt those fears needn’t exist. Furthermore, Lupita... could she forget her recent promises? It was foolishness to think so and not something to go on uselessly torturing himself about.

With these thoughts, don Hermenegildo’s heart passed from fright to tranquility and from tranquility to fright, according to whether he considered Luis Robles’s intentions real or illusory. He could proceed tranquilly. After all, Lupita had just given him proof of her trust and of her interest. She had decided with Chonita and some other friends to go dressed in costumes to a dance that was going to be held in a private home, one of those dances in preparation for Carnaval, and she invited don Hermenegildo to accompany them. He accepted with pleasure, but not to go in costume.

"That’s impossible," the widow pointed out to him. "They would know who we were because of you. They would see you coming up to us often and it wouldn’t be difficult for everyone else to figure out who you were with. You don’t usually go to the dances, and because of you, it would soon be understood that I was there too."
"But I’ve never put on a mask. I’d be very bad at faking my voice and the end result would be very awkward."
"But you’re not going to entertain the others; you’re going to be with me. Don’t talk with the others and it’s all taken care of."

And so the matter was settled.

Don Hermenegildo was counting on being in seventh heaven at the dance, strolling arm in arm with Lupita, talking with her more openly, since their faces would be covered, and enjoying many dances with her. To that end, he would have liked to have hastened the arrival of that night, for which he quickly prepared, buying himself a mask and borrowing a costume from a friend who enjoyed costume parties and who, with no little amazement, heard the bachelor’s request.

The question of whether to put on his carnaval costume at his house or at Lupita’s was one that concerned him; for while the latter didn’t seem very convenient, he was mortified by the other extreme that would oblige him to exhibit himself alone on the street in that outfit when he went to meet her. After much deliberation, he decided on his house, coming up with the idea of taking, as soon as he came outside, a carriage that would defend him from curious onlookers, although he did object to the cost, his pocket little accustomed to such extravagances. 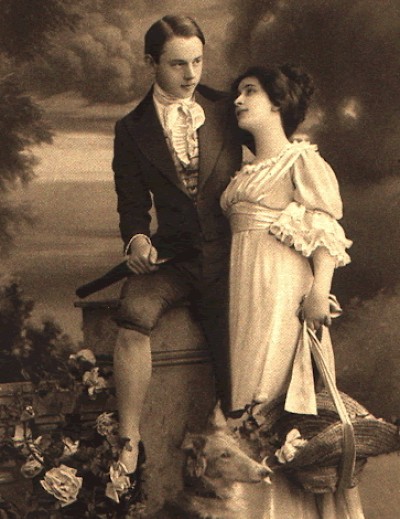 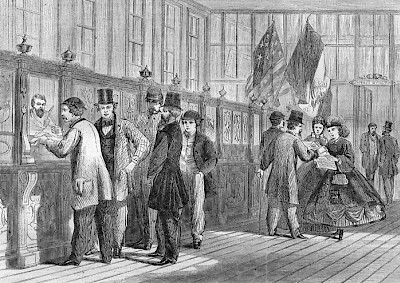 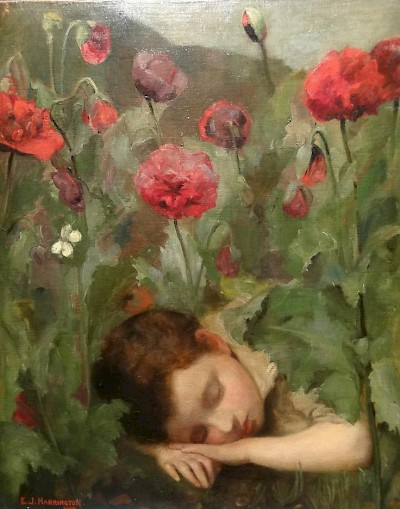 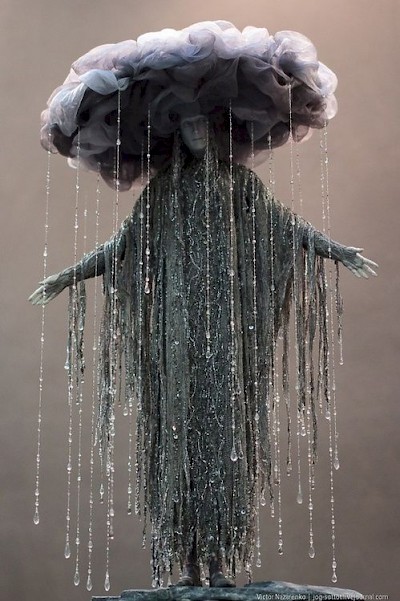 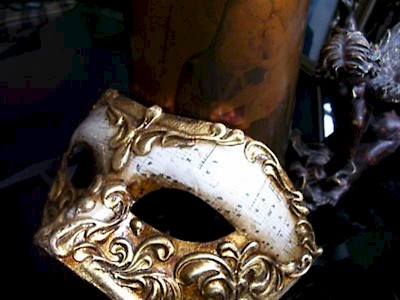 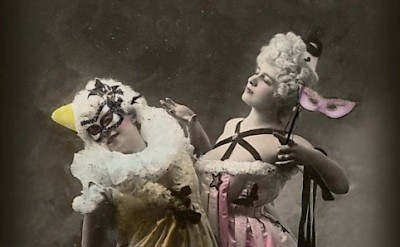 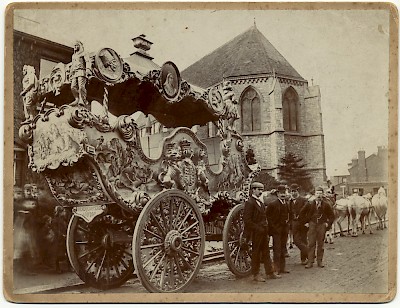