Don Hermenegildo had had to work at slipping away from Luis Robles every time he ran into him, in order to avoid the ubiquitous question about what had come of his request. The bachelor had yet to encounter the señora under favorable conditions, at times because she had visitors, at times for some other reason.

And he was not sure of the motive behind the young man’s strange wish.

“It’s impossible,” he thought, “that Luis can’t understand that everything will come about without doña Prudencia agreeing to his visiting the house to woo her daughter. Why then his impertinent insistence that I provide the recommendation as soon as possible?”

It was undoubtedly just one of that scatterbrain Luis’s crazy urges. On the chance that he could escape a negative situation that was neither improving nor worsening for him, he wanted to test the remote possibility that the señora would accede to his wishes. That’s just the way he was; nothing ventured, nothing gained.

Luis had attended many banquets and other parties without anyone having invited him, and he had thoroughly enjoyed himself.

“You’re very happy-go-lucky,” someone once said to him.
“What? Am I going to let the scruples of a nun keep me from doing what I want? I’m sure that if some people don’t invite me, it’s because they don’t see me in time. I never go into a place if I know I won’t be well-received. And don’t think they’re not still thanking me for that. I’ve arrived at parties that had the atmosphere of a wake, and it took me a while to turn everything around. In those cases I’m more useful than the musicians. One of these days I’m going to publish my rates and start charging people like them a fee.”

Don Hermenegildo resolved to take the bull by the horns. Issuing a thousand provisos and assurances that he knew Lupita’s many merits, and that he spoke only to satisfy an obligation, he presented Luis’s proposition to doña Prudencia. She, without hiding behind rhetorical flowers or walking amid their greenery, said…

“But what can that fool be thinking? Can he suppose that I’ve gone crazy, or that I don’t know what he’s up to? You tell me.”
“No, señora, no. I’ll tell him whatever you want me to, don’t get excited. I’m doing no more than fulfilling a commission. I am neither here nor there. Believe me, I know what I’m talking about.”
“Fine. You can tell him that my daughter is still very young for those things. And even if she were older, not in his dreams.”

The poor fellow grabbed hold of the first part of this response which he would amplify in the most golden of terms, neatly keeping the remainder to himself. And that is just what he did with the result that Luis, as if the response were completely natural, didn’t get upset, quieting don Hermenegildo’s fears that it would precipitate a huge outburst.

Meanwhile, in his own interest, the latter had not failed to move forward, dropping in with more frequency for visits to the widow’s house even to the point, overcome by trembling, of daring to predict to her that some day when least expected, a suitor would present himself and she would get married.

Doña Prudencia took delight in the crazy idea, and laughing detracted from her appearance, aged her, as she said how stupid was the man who would pay attention to her when there were so many women in the world.

“Well, don’t you believe it; don’t believe it. The day you least expect it . . . believe me, I know what I’m talking about.

And they went on speaking of other matters.

Smiling to herself, Doña Raimunda had observed that at her gatherings, don Hermenegildo was noticeably more solicitous and courteous with doña Prudencia, and taking satisfaction in that as an accomplishment of her own, she discretely made a point of continuing her attempt to fan sympathetic flames in the idle heart of the widow and in the almost cataleptic one of the bachelor.

Meanwhile, Lupita went on being touched by the dew of new days that were developing her beautiful body and boldly accentuating her figure. Increasingly more splendrous and acclaimed, her beauty was attracting admirers and feminine envy, and even the charmed Pancho Vélez was making his rounds in the street either in a two-wheeled Tilbury or simply astride a beautiful, prancing dark bay. He then persistently watched Lupita from afar and would greet her with an elegant tipping of his hat when coming face to face with her.

Exhausting the rich vocabulary he reserved for these matters, Luis Robles was seeing red, fearing the consequences of a rivalry with someone so much in favor with the fair sex. As for Fermín Dorantes, he suffered the most discouragement, seeing that his girlfriend’s character was unaffected by his fierce loyalty and considering her behavior with Luis Robles to be a good example of that fact.

The poor Fermín loved her deeply and if at times he considered forgetting about her in face of his shortcomings, he continued showing up on the street in hopes that his thinking would little by little work its way into her frivolous nature.

So much sensible advice, so many affectionate scoldings! Lupita seemed to prefer him and she continued to come out to the shutters to talk with him. But she tolerated Luis Robles more than he would have liked. When the latter approached to talk with her, she no longer always went inside, and despite Fermín’s efforts, at the informal dances she danced various numbers with Luis.

“If you like Luis Robles better, just tell me once and I won’t come back,” he sadly told her one night.
“But, hombre, because I dance one or another of the numbers with him?”
“Yes! And because you laugh at the dumb jokes he tells you and that’s what he wants. And because I’ve asked you not to do it, just like that.”
“Do you think Luis Robles is going to eat me? I don’t know what crazy ideas you have. What does it matter to you that he talks to me and dances with me if I only love you?”
“If you loved me, you would do what I have begged of you so many times.”
“It’s that I think you’re mistaken.”
“Fine, now you know… either Luis Robles or me.”
“You, hombre, you. Don’t be foolish.”

After a few days, the reasons for complaint presented themselves anew and the previous dialogue was repeated with slight variations.

“You are incorrigible. You seem more childish every day,” said Dorantes.

And so things continued until a third party appeared to resolve the lovers’ conflict.

Little by little Pancho Vélez’s visits to the street were becoming more frequent, and Lupita always responded to his greetings with obvious appreciation, showing as much interest as she did for either one of her old boyfriends. One day, as night approached, after Vélez passed by a few times on horseback, he approached the window where the young woman was seated, and making the animal place its front hooves on the sidewalk, he struck up a half-hour conversation with her in full view of Robles, who was already on the corner, and of Dorantes who arrived later. Doña Prudencia, who made a brief showing, greeted Pancho Vélez attentively, a pleasant third in the conversation.

This scene, often repeated, resulted in the other two men going elsewhere, not wanting to continue in their slighted roles: Fermín Dorantes, truly dejected to have lost his hope for a love that had dominated his being, and Luis Robles, swearing that he was now convinced that Lupita was most pleased by men who always rode horseback.

“I’m going to ask for an old nag they use to haul water on my father’s property to see if I can dethrone Pancho Vélez.” 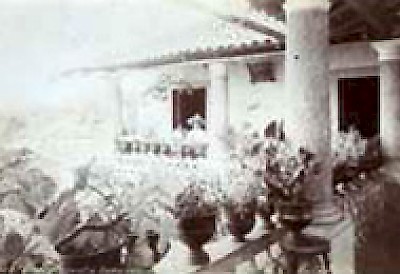 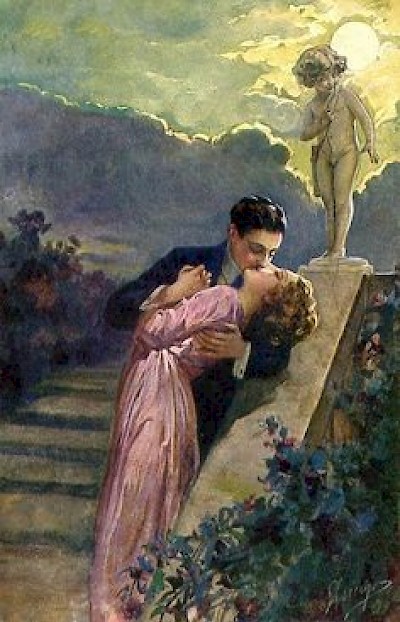 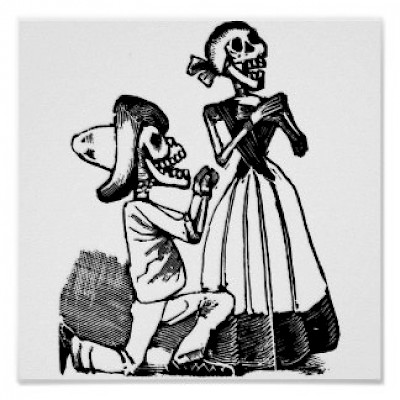 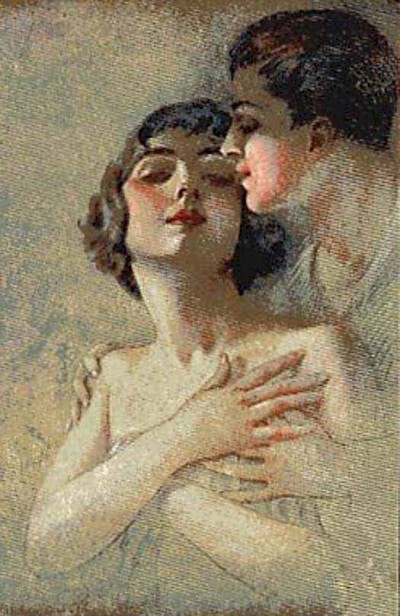