Editor's Note: One of the things we love about Mexico is learning its history... we were taught so little of it in our schools North of the Border. And Mexico's history is full of drama, pathos, injustice and redemption. We like it even better when we find someone still alive who has a personal connection to that history and can tell us how it really was. In Yucatan, there are still a few people who remember the Mexican Revolution (not many...) and even more who remember stories of the Revolution as told by their parents and grandparents. Khaki Scott, our Events and News Coordinator, had a personal friendship with someone who figured significantly in one of Mexico’s most tragic events of the 20th century. The first anniversary of his death is approaching and Khaki shares her memories of this great man with us.

One year ago, on January 25, 2010, Arturo Zama Escalante, a Mexican hero, died of a sudden heart attack. He was only 64 years old.

Not a Very Good Year

1968 was not a good year for Planet Earth. World War II had been over for two decades but tension was running high around the world. It seemed as if not one single nation had learned its lesson from the horrors of world war, and the only thing that kept them from each other's throats was the threat of nuclear war. Even so, small, bloody and useless conflicts raged in every corner of the planet. All over the globe, young people, hurt and disappointed by the world they would soon inherit, flowed into the streets in protest. Governments, some fearful of change and others perpetrators of repression for their own political and financial gain, fought back against their own young people with a vengeance that set much of the world, including Mexico, on fire. It was in this environment that Arturo Zama Escalante came of age in Mexico City.

By 1968, Mexico had a growing middle class that was sending its children to college in record numbers. Like the students in many other nations of that era, they were taking classes in history, political science, sociology, philosophy, and law. The dawn of the Human Rights movement was being born in these students faster than anyone could imagine. From early in 1968, Mexican young people poured into the streets in support of human rights revolutions around the world. They inflamed the government by embracing Communism and Socialism. The government's response was to attempt to control the universities and vocational schools, including course content... but the genie was already out of the bottle. The students would not be controlled or suppressed and the struggle for their future was on. This set the stage for the tragedy that would take place on October 2, 1968.

Arturo Zama Escalante became politically active as a college student. By 1968, he was the leader of the CNED and a member of the Mexican Communist Youth movement. He was arrested with friends in Mexico City, on July 26, 1968, at Café Vienna, on Avenida Insurgentes, for having led a student demonstration in the Juarez Hemiciclo in support of the Cuban Revolution. He was transferred to prison the very next day.

The infamous Student Massacre of 1968 took place two months and a few days later, on October 2, as students were peacefully meeting to protest the assault on the autonomy of their universities and secondary schools. They were also demonstrating for the freedom of their jailed classmates. With the 1968 Summer Olympics just 10 days away, they began to chant ¡No queremos olimpiadas, queremos revolución! ("We don't want Olympic games, we want revolution!"). As the military moved into the Plaza de las Tres Culturas in Tlatelolco, they were fired on. Believing the attack was coming from student snipers, they opened fire. The government claimed that no more than 28 students were killed. Students and other witnesses claimed that number may have been as high as 3,000. We will never know the exact number of young people that died that day.

The 1968 Summer Olympics went on with, by that time, only 40 documented deaths from the Student Massacre. Other nations would not have participated if the real cause of the massacre had been known. However, since the students were being blamed for shooting first, almost every other nation came to the games. With their world sinking into chaos, a number of Olympic athletes showed remarkable bravery by registering their feelings before the world. 1968 was the year of the Black Power salute, the Russian athlete who lowered her head and turned away during her national anthem, and others who wore civil rights badges and human rights badges on the podium and in the parade.

We would not learn the true story of how the Student Massacre of 1968 really began until President Vicente Fox conducted his own investigation in 2001, and made the findings public. That investigation revealed documents proving that the snipers were members of the Presidential Guard. They had been instructed to fire on the military below for the sole purpose of provoking them into attacking the students. Today, October 2 is a day of national mourning in Mexico.

Arturo Zama Escalante and the other jailed students remained imprisoned. They heard the massacre from inside the prison, but were helpless to stop it. Arturo's mother, Alicia Escalante de Zama, a Mexican hero in her own right, was instrumental over the next few years in bringing Amnesty International to Mexico in an effort to secure the release of her son and his comrades.

Originally sentenced to ten years in prison, Arturo ultimately served three years in the notorious Lecumberri Prison, with three more years of exile in Canada. During their years in Lecumberri, he and his fellow student prisoners were able to get textbooks into the prison and took turns teaching the group so they could complete their educations. The course Arturo taught his classmates was English, the same subject he was teaching to another group of college students on the morning of his fatal heart attack a year ago.

When we encounter terrible injustices, we have a choice. We can turn away and allow injustice to continue, or we can become part of the solution. After returning to Mexico from exile in Canada, Arturo Zama Escalante served Mexico as an attorney in a variety of settings, including in the Superior Court of Justice. He also served as chairman of Amnesty International in Mexico, as a professor at UNAM and the Universidad Autonoma de Sinaloa, and participated for several years on the National Council to Prevent Discrimination (CONAPRED). His additional professional accomplishments are too numerous to list.

As the years wore on, Arturo Zama Escalante lived his remarkable life almost completely behind the scenes. Everyone who knew him urged him to write about his experiences, but he would just smile and decline. On the 40th anniversary of the horrible event at Tlatelolco, 40,000 people marched in the streets of Mexico City, but Arturo almost skipped the 40th reunion of those who were arrested with him that fateful summer. Thank goodness, he was finally persuaded to attend, where he was surprised by his friends' invitation for him to come on the stage. The events of that night, including the ovation he received, gave him a memory that he cherished for the rest of his life.

The Man, The Friend

Mexico lost much when Arturo Zama Escalante died, and I lost one of my oldest and dearest friends. His political beliefs never wavered. He was a socialist who had allegiance to no political party. All he ever wanted was for all governments to simply do the right thing for their people. What that earned him was the love and respect of communists, socialists, and capitalists around the world. The same was true on the topic of religion. He would tell you that he didn't even believe in religion and then behave as a living example of the Sermon on the Mount. His personal code of ethics was above reproach, but that didn't mean he couldn't be charmingly irreverent at times. He was quiet and shy, but had mastered the art of making people laugh when they least expected it. He loved art and music and travel. He loved mountains covered in winter snow or spring flowers and was fascinated by ice country. He loved the great cathedrals and marvelous train stations in Europe, and adored the beach at Loreto, Baja California Sur. …and he loved flowers – all kinds of flowers, but he especially loved roses. He loved his family and friends with all his heart, worshiped his children, and was ever the champion of the poor and disenfranchised.

I read somewhere that we should consider ourselves lucky if we have known someone who is so hard to say goodbye to. Unfortunately, that realization doesn't make it any easier for those who are left behind to go through each day without the wit and wisdom of our friend. Perhaps I shall reach acceptance by the next anniversary of the death of this Mexican hero but, with only one year gone since he left us, I still just miss my friend.

Read more about the Tlatelolco Massacre here on Wikipedia

A documentary made about the Tlatelolco Massacre 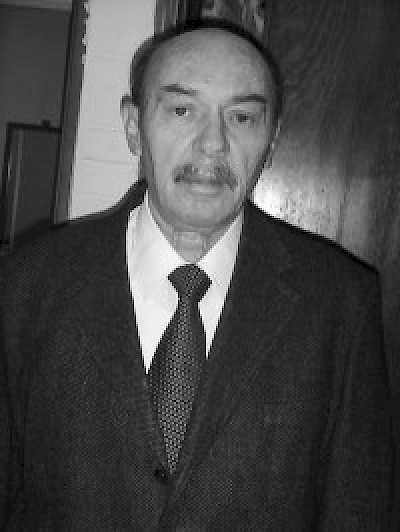 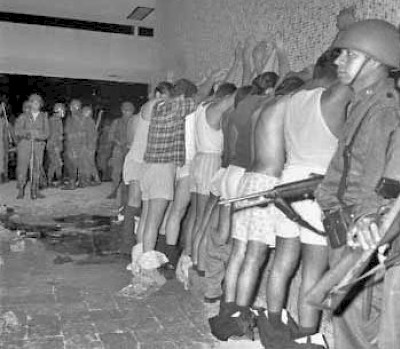 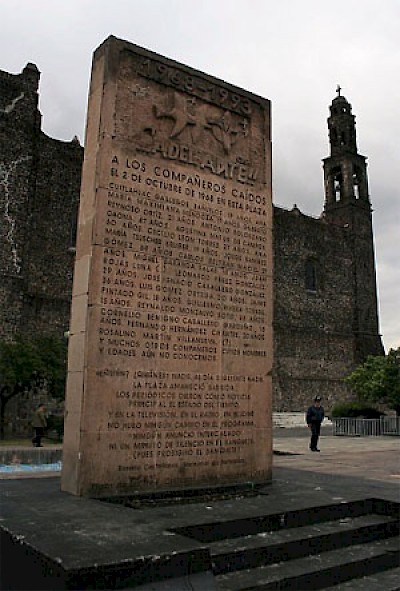