We have been contacted in a personal way by the Mexican government twice in the last two days. Both events were unexpected, delightful and worthy of comment.

First of all, our doorbell rang and we found a young lady with a clipboard at our front door. As the ambient temperature at the front door was about 108 degrees Fahrenheit, we invited her inside without a moment's thought. She was dressed in a uniform, with the INEGI logo on her hat and her shirt. Very neat, very business-like. What is INEGI? Instituto Nacional de Estadística y Geografía. The National Institute of Statistics and Geography. Besides making some pretty awesome maps of Mexico, INEGI is also in charge of the national census, and that, as it turns out, is why this young lady was at our door.

Lately, the Working Gringos have been feeling like they have been in Merida for a very long time (8 out of the 12 years that they have been married, for example). Being interviewed for the census reminded us that we were actually here for the last census (five years ago) as well!

The young lady handed us a brochure to look at while she was getting ready to ask us questions, and the brochure had some statistics from the last census taken in 2005. Among other things, it said that Yucatan was the 21st state in the nation by population, with a population at that time of 1, 818, 948 citizens, representing 1.8% of the population of Mexico. The growth of the population was demonstrated in a graph, which showed a pretty dramatic increase in the last twenty years. In 1900, Yucatan only represented .3% of the population, and as late as 1970, only .8%.

In 2005, the brochure tells us that 33% of Yucatecans over the age of 5 years spoke an indigenous language. 527,107 people told INEGI that they spoke Maya, 618 spoke Chol, 355 spoke Tzeltal and 260 spoke Zapotec languages. This sounds impressive to us, but not when we found out that this number was 11,177 fewer indigenous speakers than in the year 2000.

We looked on the INEGI website to see if we could find out more. We read that in 2005, 2.1 % of the residents of Yucatan had arrived from somewhere else within the last five years (including us!). In the census right before that, in 2000, that percentage was 3%, so the influx of visitors had actually decreased. We also learned that in the year 2000, 8.9% of the population had a college degree (or more). In 2005, that percentage increased to 11.6%.

The young lady in her INEGI uniform was ready to go, and proceeded to ask us questions and fill out her form. How many people lived here? What are our ages? Years of schooling? How many rooms? Did we have bathrooms? Did we have a television? She didn't ask if we had computers... she could see at least three of them from where she sat. She did ask what nationality we were, so we're hoping there is a line item for that result in the next census report.

She finished in about four minutes and then packed up to go. Before she left, she plastered a sticker on our door, indicating that we had been counted. All very efficient, all very professional. We have been counted! And we look forward to the results!

Mexican History Book in Our Mailbox

As if that wasn't enough, the very next day, we opened our mailbox and found a magazine, with a cover letter from President Felipe Calderon. The magazine is really a soft-cover book, entitled Viaje Por La Historia de México (Travel Through the Story of Mexico). The book, he explains, is a gift from the Mexican government in this very important year that is both the Centennial celebration of the Revolución and the Bicentennial celebration of the Independencia de México. For these reasons, he says, this is Año de La Patria (Mexican Heritage Year).

The letter goes on to say that the Independence and the Revolution are the two biggest and most important events in the history of Mexico, and for this reason, "we ought to celebrate with happiness and pride the privilege of being Mexicans... proud to belong to our country, and proud of our culture, our history, our roots and our traditions. We ought to celebrate with jubilation our glorious past and, at the same time, Mexican Heritage Year is an opportunity to think about and start constructing the future that we want for our nation".

For all these reasons, Calderon decided that each Mexican home should have this book, a brief and simple history written by the historian, writer and gran mexicano, Luis González y González.

In closing, he hopes that this year will mark "the beginning of a new age of development with justice, liberty and democracy for Mexico". Hear, hear.

We love the book, really. It begins the history of Mexico with its Mesoamerican past, from the Olemecs through the classical native american empires, establishing these as the roots of Mexican identity. After the conquest, most of the book is a profile of historic individuals, and we wonder how they chose who to include. Diego Rivera is there, but Frida is not. Emiliano Zapata and Francisco Villa are there, of course, but the two most important revolutionary figures in Yucatan, Salvador Alvarado and Felipe Carrillo Puerto, are not, both of whom are painted in murals in the Governor's Palace here in Merida... and on the facade of our house, by the way. Still, it's a very lovely gift from our adopted country, and we are grateful for it.

Thinking of the Yucatan

As we power down our computers at the end of the day today, we will think fondly of the other 96% of the Yucatecans who will be reading this book in their homes tonight, half of whom will be doing so while listening to the sound of their refrigerators and washing machines. Viva, Mexico! y gracias, como siempre. 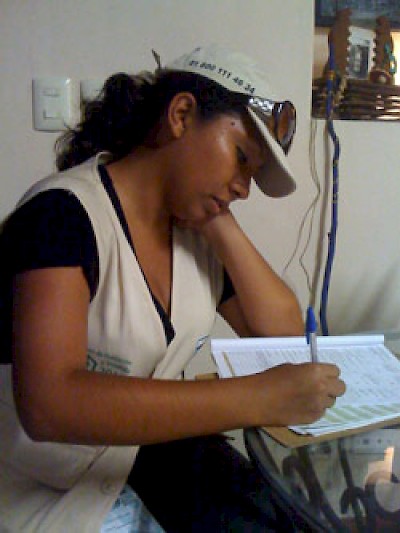 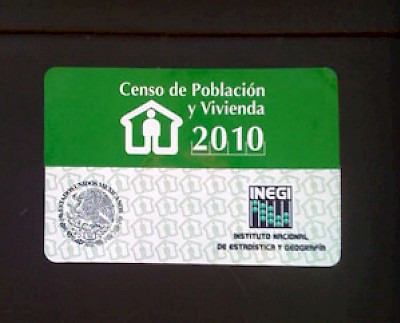 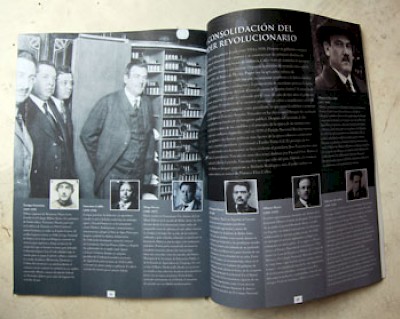