Since we first wrote about dentists in Merida, we have had even more dental experiences here. We have had to go beyond simple cavities and checkups, though of course, we still do those. We have developed dental problems which have resulted in everything from root canals to implants to gum surgery. And we have come to appreciate even more the increasingly professional cadre of English-speaking dentists who are available to serve all our dental needs here in Yucatan.

Most dentists who discover that you need a root canal will refer you to a specialized dentist who makes it his (or increasingly here in Merida, her) business to do root canals. Something you might find a little different here in Merida is that most of the time, your dentist will bring the specialized dentist to his office for your convenience. In our experience, each time we have needed a root canal, the dentist doing the root canal has been scheduled to perform the task under the watchful eye of our regular dentist. And after the surgery is done, the regular dentist takes over with the temporary and permanent crown. Of course, the crowns are created by one of the many dental crown providers here, many of whom also provide crowns for dentists in the United States.

Once you need something other than a dental cleaning, or maybe even as part of your checkup, you may need either a full or partial X-ray of your mouth, or your dentist might request a panoramic X-Ray of your mouth. While your dentist in Merida may have the ability to take a few X-rays on the spot in their office, full and more complicated X-Rays are performed by various service providers throughout Merida. Most recently, we went to a dental services office located near the hotel zone just off of Avenida Colon. The waiting room was full, but people moved in and out quickly. There seemed to be only one room for service, and a number of professionals providing those. In the lobby was a small retail section, selling some hard-to-find types of dental floss and other teeth care products. We went in for both a panoramic X-ray and a full mouth X-ray, with each tooth being X-rayed individually. The entire process took about 75 minutes, including re-shooting about six teeth to make sure each print was perfect. The entire set of X-rays cost $1200 pesos (about $80 USD at today's exchange rate).

As we age and as the technology becomes more prevalent, we hear more and more about implants. And we've even been the lucky recipients of one, with all the work done here in Merida.

When our regular dentist found out we needed an implant, she first sent us to a maxillofacial surgeon who operates out of the Star Medica Hospital in the Alta Brisa section of Merida. Dr. Rodrigo Flores Flores specializes in everything from dental reconstruction after an accident and surgery for facial deformities to tooth extraction and implants. His clean and fairly standard office overlooks the Alta Brisa Shopping Center from the fifth floor, but that is little distraction when he is yanking on your mouth extracting a tooth. Trust us on this.

We spent many an hour in Dr. Flores' office during the (what turned out to be...) twelve month process of extracting a bad tooth, growing bone around an implant and being pronounced "ready" for the crown on top. Not once in those many hours were we in pain. We may not have liked the sensation of having our tooth pulled, but it was amazingly never painful. Dr. Flores proved himself to be a very patient, careful and sensitive dentist, and since the implant was done, we have not spent another moment thinking about that tooth. We were very happy with Dr. Flores' services, and we have heard from friends in Merida about other successful implant stories from other dentists as well. And of course there is the matter of cost. In the USA, we've heard prices ranging from $1500 USD to over $4000 USD per tooth. The entire process for us was $18,000 MXN, about $1400 USD at the time.

Recently, we met with another dentist in Merida who wanted us to know about the availability of a new technology here in Yucatan. Dr. Ricardo Peniche Rodriguez operates his office out of another Merida hospital, CMA (Centro Médico de las Américas, located just south of the Walmart in Merida). This hospital is much older than Star Medica and therefore, seemingly less modern. But in this office, Dr. Peniche performs some of the most advanced dental services available in the world. The technology that he specializes in (he's actually one of Latin America's experts on implants) is a brand new one called All on Four.

Having gone through a dental implant process as well as having a large number of teeth crowned, we were interested to hear about this All in Four process which appears to be sweeping the dental world. After hearing about it from Dr. Peniche, we researched it on the internet of course. Reading about the ease of the process, the speed with which it can be accomplished and the naturalness of the results almost made us want to save up all our money and get both arches done immediately!

The All on Four procedure is an implant procedure that replaces an entire arch of your mouth at once. Instead of removing all your teeth and getting dentures or multiple implants, this procedure creates four implants into your arch, and fastens to those anchors an entire set of teeth. These are permanent teeth that never have to be removed, replaced or, as far as we can see, paid much attention to anymore. The link we provided below with frequently asked questions says that this technology is 98% effective... those are pretty good odds.

Dr. Peniche showed us how the All on Four technology works. It is a process that makes use of very modern technology, including 3D modeling of your mouth. The dental surgeon actually performs the surgery on a model of your mouth in the computer, making adjustments as he or she goes along. Once the procedure is perfected, an actual 3D model of your mouth is created, with holes where the surgeon needs to operate. The time spent in your mouth, therefore, is minimal and programmed so there are no mistakes. The other advantage is that it takes a lot less time than multiple implants. If you live out of town, Dr. Peniche says, two visits within a six month period is all that is needed to get an entire arch replaced.

Did we mention that Dr. Peniche speaks perfect English and travels around the Americas lecturing about and teaching this new technology? He works with the finest suppliers, including Nobel Biocare (as do others in Merida). His office may not be a large, swanky place like some of the dentists we have visited in cities in the United States, but apparently his care, along with many of the dentists in Merida, is just as professional.

Of course, no further discussion about teeth and dentistry can proceed without addressing the issue of gums and gum disease. Unfortunately, gum disease strikes many people and as we have learned, must be attended to if you do not want to lose all your teeth. (Although, if you've already lost them, it is good to know about that All on Four technology, isn't it?)

When gum disease struck our household, we were not looking forward to dealing with it. But we were assured that taking care of it was more important than filling any cavities or replacing any faulty crowns. So one of us (we will not mention WHICH one...) acquiesed to going under the knife. Because that is what gum surgery entails... knives and other torture devices. We hesitate to make too big a deal about this, but one person we talked to who had had gum surgery described it as "being worse than childbirth". We are not sure we agree, but we are not sure we do NOT agree either.

As luck would have it, we were sent to a periodontist in Merida that looked like something out of a dental brochure. The offices, located in Colonia México, were spacious and spotless in what appeared to be a renovated private home on a very quiet street (lots of parking). The receptionist at Dr. Arelly Carrillo Avila's office speaks perfect English, having spent many years in California. Dr. Arelly is an intelligent, professional and beautiful dentist, trained and raised in Merida. The room in which the dental torture takes place looks nothing like a dungeon... it is bright, exceedingly clean and has a view of a lovely backyard garden through floor to ceiling windows. Who would suspect what goes on in there?

In our case, the gum surgery took place on a Saturday. Dr. Arelly spent over three hours anesthetizing, cutting, scraping and stitching gums. It was not a pleasant experience for the patient, but headphones, audio books and music helped. Afterwards, prescribed medications against pain and swelling also helped. Within a week, all was well again and the gums were saved, as were the bones and teeth. We were not glad we had to go through that process, but we were happy to have found such a professional provider, setting and such good results. The fact that the cost was closer to $800 USD than the $3000 USD the procedure would have cost in the United States did not hurt either.

You remember that expression, "You've come a long way, baby?". That is how we feel about dentistry in Merida. In early 2002, most dentists were still older men and the offices we visited were less professional than we were used to. Now, in 2015, we realize that all our dentists are at least twenty years younger than we are, and many of them are female. We have heard that the dentistry classes at UADY, the local dental university, have more females than males graduating. There are many dentists now that speak English, where that trait was a rarity ten or so years ago. Every expat we know gets their dentistry done at home in Merida, and we have met many people who travel to Merida just for dental work. And they save enough money doing it that they can pay for their trip!

If you need dental work of any kind, and you are worried about doing it in Mexico, look no further. Merida has quality dental care at reasonable prices. And, like us, you might find that the savings you realize from getting your dental work done in Mexico takes some, but not all, of the pain away. Probably a few margaritas, a visit to a beautiful hacienda and a swim in the pool will take care of the rest!

****
All on Four technology described in Wikipedia

FAQ about All in Four dental implants

Nobel Biocare All on Four technology 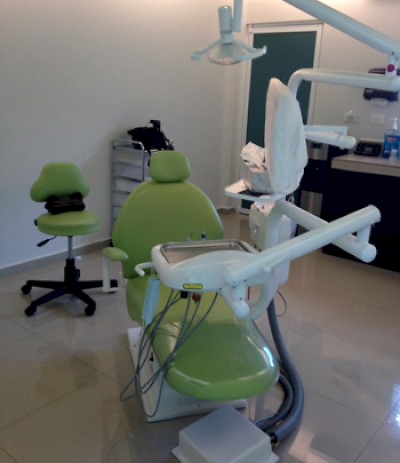 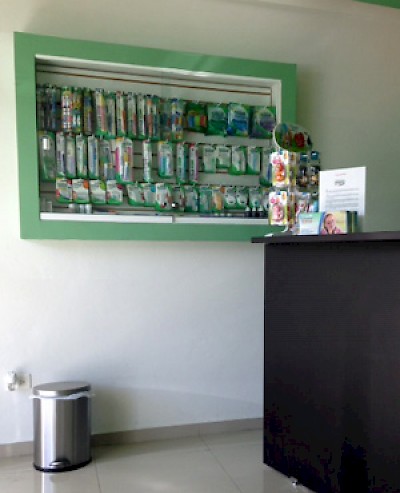 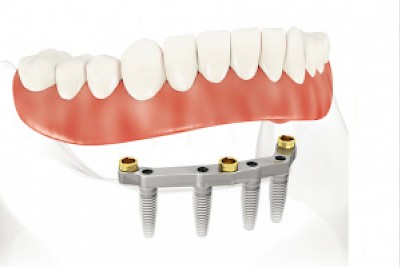 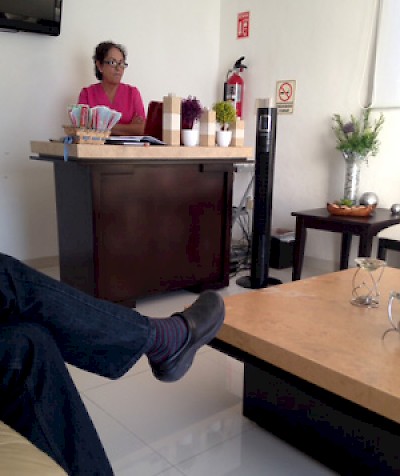 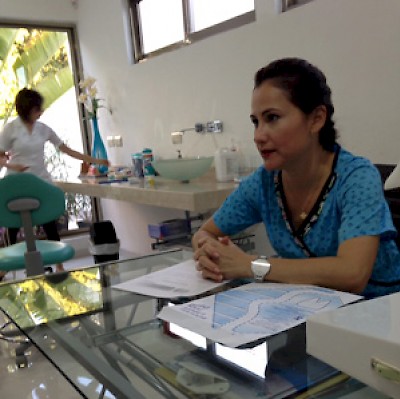