Chile Habanero Marmalade
Some believe that marmalades are just another kind of fruit preserve and only use them on biscuits or toast. Folks from England think of marmalade as traditionally being made only from Seville oranges, and in our research we found that The European Union actually has a law that says nothing can be called a marmalade unless it is made from a citrus fruit. We guess the word about that never quite made it to the New World because nowadays people will make a marmalade out of just about anything. In fact, marmalades can be one of our most creative recipe ingredients, especially in meat dishes.

This week, we discovered that the Mayan ladies of Izamal have their own marmalade brand, Mermelada Kumán.Everything they produce is 100% natural and they have a whole host of marmalades in our retail grocery stores now, including marmalades made from papaya, mango, coconut, pitahaya and tomatoes. Mermelada de Chile Habanero Kumán is their newest creation and is creating quite a stir both in Yucatan and abroad.

Checking with our local Yucatecan experts, we have learned that turning a fruit into a jam or marmalade is not traditional in the Yucatan. True Yucatecans know that there is always one or more delicious fruits in season, and saving one or the other for later just meant not being able to eat enough of what was in season later. The idea of marmalades and preserves came to the Yucatan with the Lebanese, who would buy a fruit when it was freshest and cheapest and preserve some of it for later when it might get more expensive. Yucatecans traditionally would add sugar to fruits like nance, ciruelas (plums), ziricotes, cocoyol and papayas, but only to eat them on the spot as a delicious dulce (sweet). Only recently have foods like that been preserved in bottles for sale.

While we don't have the Kumán recipe, we have found an award winning Chile Habanero Marmalade recipe online for you to try. This recipe was a finalists in Sunset.com's Centennial Cook Off and comes from finalist Ann Beck, of Tucson, AZ, who says: "It's very versatile, and good spooned on soft lahvosh or cucumbers, brushed over meats during the last few minutes of barbecuing, even melted and poured over ice cream." Judges enjoyed the marmalade with cream cheese and crackers." (Judges can be so boring...)

Once we got started on marmalades, we didn't want to stop. Chile Habanero marmalade isn't the only good marmalade idea we found. We went to Home Cooking on About.com and found not only great marmalade recipes, but tips and tricks for making perfect marmalades as well.

Some of the marmalade recipes on the Home Cooking page sound a little strange, such as the one made from carrots, lemons and oranges. Some are familiar and seem like ones we would want to have available all the time, such as lemon, lime, kiwi, orange, and nectarine-orange. One of the ideas we liked was for a lazy but fabulous cake frosting, mixing marmalade and one of the Yucatan's favorite foods, cream cheese. We especially liked the Onion Marmalade and the Red Pepper and Ginger Marmalade, both of which are made from easy-to-find ingredients here, go perfectly with almost any kind of meat and can make a plain sandwich fabulous! And if you like coconut (we do!), adding coconut to citrus marmalades makes a great condiment to go with fish. Finally, we can't end a marmalade article, written from Yucatan, without a link to at least one Mango Marmalade recipe. So here is a link to the Mango Recipes on the Virtual Herbarium website. They've got everything from mango marmalade to mango pickles, salsa and chutney.

Mangoes are in season as we write this, so go down to your nearest mercado, buy a bunch of mangoes and go crazy!

Want another way to eat a mango? Check out our mango-eating instructions.

Have we piqued your interest with that excerpt from the old Yucatan cookbook? Stay tuned for more recipes from Cocina Yucateca. 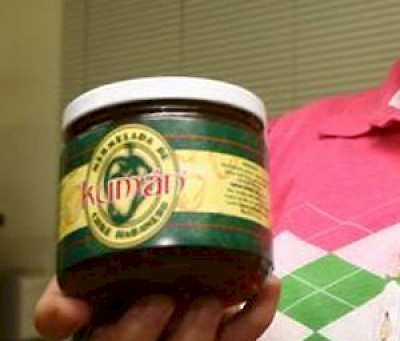 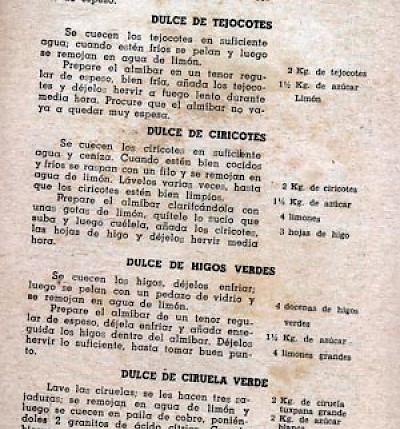 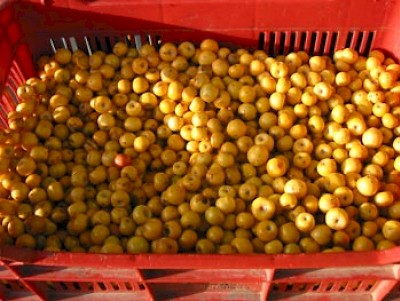