As many of you know, the Working Gringos are now splitting their time between Yucatan and California after events beyond our control caused a seismic shift in our lives. Last week, after visiting some of our adopted family members in Northern California, we found ourselves driving back to the Central Coast, approaching San Francisco. It was one of those clear-as-a-bell, drop-dead-gorgeous days and we decided to take the route that took us over the Golden Gate Bridge and through the city to enjoy the views.

And, we were hungry.

We remembered hearing that San Francisco is a mecca for Yucatecans living in the United States, so we decided to use our smartphone and Yelp our way to a Yucatecan restaurant somewhere in the city to fill the holes in our stomachs. We clicked on "nearby" and up popped a restaurant called Poc Chuc. The name sounded good and the location was totally convenient, at South Van Ness Boulevard and 16th street, on our way to the 101. "Perfectissimo," we thought, "Now, if only we can find a place to park..." Well, the Maya gods were with us and we found a place less than a block away.

The one block walk to our destination took us past iconic San Francisco landmarks, including but not limited to a colorfully-painted gingerbread Victorian house, a cheap hotel with a registration desk with bars on the window and a discarded blanket in the street next to a broken shopping cart. The Mission District may not be the most beautiful part of town, but its known for its plethora of authentic restaurants with food from around the world... a perfect place for a restaurant run by Yucatecans.

We walked into Poc Chuc and immediately felt at home. It was the middle of the day (about 3 PM), so the place was practically deserted. A stack of newspapers, the Diario de Yucatan (specially printed in the US) and a bilingual newspaper called El Tecolote, graced a small table at the front door. We were amazed to see the Diario, noticing that it was a monthly publication here. This November 2012 issue was full of news about a local event, the Maya Festival 2012, that featured talks by people like Dr. Alfredo Barrera Rubio, an archaeologist from Merida (one speech was in English and one in Spanish). Also speaking were Valerio Canché Yah, a shaman from Merida speaking in Spanish and Maya, and Merida painter Manuel Lizama, who currently has a painting exhibit showing on the third floor of the City Museum in Merida. In addition to talks about the Maya cosmology and spirituality, there were also lectures on immigration and the prevention of infant abuse, and sessions on cuisine and folkloric dancing. Reading this, we got the feeling that we definitely in a place that was patronized by Yucatecans far fromhome.

Our menus listed everything from panuchos and salbutes to poc chuc, pescado frito and relleno blanco. Yum! Not wanting to spoil our dinner, we each ordered a panucho and a cochinita taco. We figured testing a panucho and cochinita at a Yucatecan restaurant is the same as testing tiramisu at an Italian restaurant. If they can't get THAT right, then they probably don't get anything else right either.

While we were waiting for our dinner, we talked to our waiter. He also happened to be one of the owners, married to the other owner, a young woman named Delmy who moved to San Francisco from Oxtapacab only five years ago. (Her husband is from Oaxaca).

While we awaited our food, we enjoyed a bowl of totopos, served with a roasted tomato salsa. We took possession of a big glass of horchata that tasted just like abuelita used to make and a Mexican Coke in a bottle (we got our choice... lata o botella?). Because we are in the USA, our Mexican coke came with a label. Now we finally know that a bottle of Coke has 150 calories and 38 grams of sugar. Good to know, sort of. Did we really want to know?

In just a few minutes, our tacos arrived. No, they weren't just like the tacos in the mercado at San Sebastian... they were bigger. Quite a bit bigger. But they tasted great! The panucho was crispy with that delicious black bean paste, and generously covered with turkey. The cebollas were perfectly pink. The cochinita was juicy and tender and dripping, just like cochinita is supposed to be, although we did notice it wasn't as orange as the cochinita in the Yucatan. Perhaps they don't use as much achiote here? The salsa habanero seemed to have chunks of garlic in it, but it was pleasantly pica (hot and spicy) and had us running to our Coke and horchata in no time.

Our hosts were so happy to have us there (we told them we had lived in the Yucatan for ten years), they gave us a free flan for dessert. It was good too! The bill came to about sixteen dollars (without tip), and we were on our way. Our stomachs were prepared for the long four-hour drive ahead, and we felt like we had just had a little taste of Yucatan home!

If you are ever in San Francisco, and missing the tastes you love so much, we can highly recommend Poc Chuc. You can see their website here, with menus, directions and everything you need to know. Enjoy! 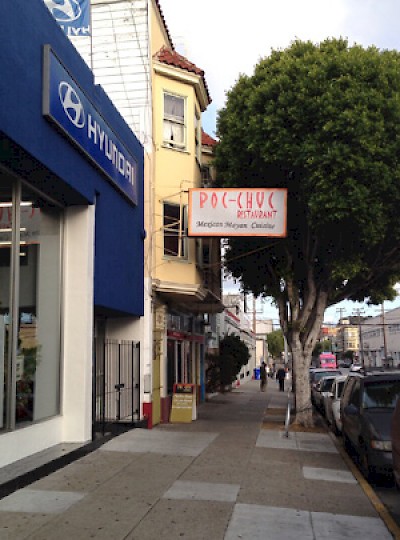 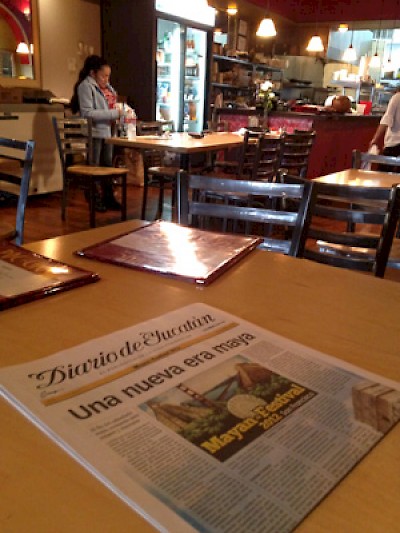 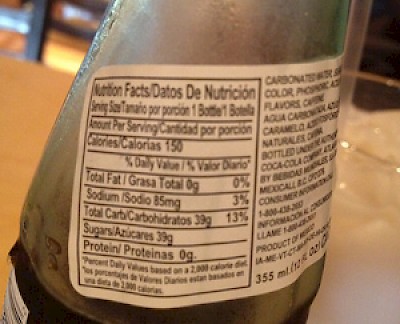 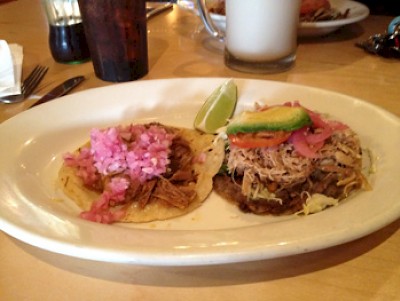