Being of the tribe of humans that likes hot and spicy food, we welcomed our relationship to the habanero from the beginning and have seen that relationship deepen over time. We've learned that a yellow or orange habanero has been allowed to ripen on the plant a little longer, and that five times out of six (but not always!), the orange and yellow ones are hotter than the green ones. We've learned that much of the heat that habanero is packing is stored in the seeds, so we've learned to scrape those away. We have fond memories of habaneros in far-off pueblos, picked fresh from kitchen gardens and served immediately next to a home-cooked meal.

We’ve learned to love the habanero in a multitude of ways. We chop a few green and yellow chilis into tiny pieces and put it in our guacamole. We cut it in half and swirl it around in our frijoles con puerco or in our sopa de lima. We add chopped habanero to our shrimp ceviche and we find it difficult to eat any sort of taco without fresh habanero salsa… it just doesn’t taste right. And eating cochinita pibil without habanero salsa dripped generously over the top is like driving a car with three wheels… it’s out of balance and it just doesn’t take you to the desired destination.

Where does eating habanero chili take us, you ask? To another place, por supuesto.

Those of us who enjoy those foods that can be labeled picante will tell you that hot foods encourage endorphins. And endorphins come running when they hear habanero call. Chomp down on even a quarter of a habanero and suddenly the lights are brighter, time slows to a crawl (…when WILL it stop hurting?) and space changes dimension. Everything seems farther away from you and your tongue, which has suddenly become the center of the Universe.

First, you keep eating because the best cure for the habanero burn, it seems, is more habanero. After a few bites, you realize the folly of that idea, and turn to an ice-cold drink. The fizz of a Coca Cola burns a little more, but the temperature is oh-so-right. Milky horchata goes down smoothly and seems to have promise. Both provide relief that is both sweet and short. And really, what’s the point? You have to finish your tacos.

When your total habanero intake is finished, it’s time to just sit and Be The Burn. It’s Buddha Time… Be Hot Now. Just Do It. Well, really, you have no choice but to sit it out, eyes tearing and nose running. So, since you have no choice (you made your choice awhile ago and now you have to live with it…), you might as well enjoy it.

When you turn that philosophical corner, when you learn to Accept the Pain, Go with the Pain, Embrace the Pain…  then the Pain blooms like a fat red rose, filling your mouth with increasing, pulsing energy. You can feel it radiate through your cheeks, down your neck, across the table, out into the street and up into the sky. You are the pain. You are the street. You are the sky. Yes, you are the Universe! The sun burns brightly in the sky, but not as bright as you. You hear George Harrison playing Chili In The Sky With Diamonds on the sitar and you see blue-skinned gods floating on clouds, smiling knowingly as you fly by.

At some point, you start to notice so-called normal things again. You notice that you aren’t eating alone and that you have hands and feet. You start to hear traffic noise and the voice of your companion. You remember that you have an appointment at four o’clock. Your habanero high noon is over.

Welcome back to consensual reality.

Let’s Talk History
Apparently, someone somewhere has now proven that the chili pepper was first domesticated on the Yucatan Peninsula. In the first place, we propose that they did not need scientific research to tell that fact to anybody who lives in Yucatan and, in the second place, you cannot domesticate chili peppers anyway... if you try, they will bite you back. We have been bitten by chili peppers repeatedly but, like most humans, we believe we can eventually burn out enough taste buds to  win the contest with these little green terrorists of the human pallet.

This is Healthy?
As for the health food benefits of capsaicin (the chemical component that makes chilies hot), yes - it is an antioxidant. There are no studies, as yet, proving how much one would have to eat in order to obtain the anti-cancer benefits of capsaicin, but, hey! Knock yourself out!

Where capsaicin is beginning to shine is in its use in pain-relieving creams. We’re not sure why putting something that burns on your skin makes the pain in your joints go away, but that’s what they claim.

On the other end of the spectrum, research now links excessive exposure to capsaicin to gastric cancer, then qualifies that with suggesting that one would have to work in a factory, grinding peppers to dust on a daily basis for a lifetime and without a mask, in order for one's gastric cancer to be precipitated by excessive exposure to capsasin. Since that probably isn’t what you are doing here in the Yucatan, you probably don’t need to worry about that.

Local lore has it that if you eat habanero and lime with everything, you probably won’t get sick. Between the heat of the chili and the acid of the lime, any bacteria that might hurt you will be rendered senseless and ineffective before it reaches your stomach.

DNA Proves Origin
Now, about how Yucatan won the contest for the prehistoric home of domesticated chili peppers! The best way to explain this is using football as an example (yes, it’s a first. Yucatan Living is using a sport metaphor!). Team A (that's us – Yucatan! Yay!) and Team B (Central Mexico, to our southwest) both domesticated chili peppers at approximately the same time and independently of each other. But one had to be first.

Enter the wonderful world of DNA research. The area with the most diversity wins... and that means that the Yucatan Peninsula was declared to be the original, prehistoric home of domesticated chili peppers. According to current thought trends, Team B got their seeds from birds and other small animals that had passed through Team A territory.

We Win!
So - there you have it. The Yucatan Peninsula wins as the original, prehistoric home of domesticated chili peppers on DNA First Downs! It was a squeaker, but an inch is as good as a mile and we are proud as punch about it! Thanks for this news goes to many dedicated researchers that include Araceli Aguilar-Meléndez, who studied all this as her dissertation project under the guidance of Drs. Kim and Mikeal Roose in the Department of Botany and Plant Sciences at the University of California at Riverside. The research was supported by the University of California Institute for Mexico and the United States (UC MEXUS), El Coneso Nacional de Ciencia y Technología (CONACYT), and a gift from the McIlhenny Company. So says  Science Daily (June 19, 2009).

Yucatan's Habaneros
So now you know why Yucatan has earned the prestigious label "Yucatan: Origin of the Habanero Chile".
And we’re still earning it! There are 4 hydroponic greenhouses on the road to Tixkokob. Each is approximately 5,000 sq. meters in size and they each house approximately 10,000 plants. The hydroponic technology came from Israel. Plans are in the works for 5 more huge hydroponic greenhouses in the near future, as well as a new facility for sorting and packing the chilies. (As we all know, THOSE are the people that might have to worry about gastric cancer…) Yucatan exports hundreds of tons of these little herbaceous fireballs every year (30 tons a month to one Japanese company alone!).

We understand that the greenhouses are only about 5 minutes from the Periferico on the Merida-Tixkokob highway and that they are on private property. We’ve also heard that the owners seem to like visitors and don't mind conducting tours. But we don’t know much else… stay tuned, because as soon as we find out, we’ll put them on the Ruta Habanero!

Did we mention the 6th World Convention of Chile? From October 25th to the 27th, chili lovers from around the world will be discussing things like pest management and fertilization and looking at regression models. There will also be an art exhibit, featuring chilies, with a prize for the winner. It will be all chilies, all the time, for three days.

Are You Going to Eat That?

In a cautionary word to the wise, for those who are considering partaking of this local celebrity fruit, please note that the habanero chili is just a tad hotter than any other chili you will ever encounter. Using Scoville Heat Units, the hottest of the jalapeños tops out at between 10,000 and 15,000 units. The habanero tops the chart  at 200,000 to 300,000 units, more than 4 times as hot as a Red Amazon, its nearest competitor, and 20 to 30 times as hot as a jalapeño. Those of us who eat habaneros? We eat jalapeño-lovers for breakfast!

If you do decide to eat or cut into a habanero, you might want to take precautions not to touch them with your hands or you might want to rub your hands all over your aching knees and try out that pain-relieving theory. Even if you wash your hands well, please keep them away from your eyes for a few hours. In a pain relieving cream, that level of capsaicin may help your arthritis but, in your eyes, it’s not even fun. It just plain hurts.

With that cautionary note, we encourage you to have fun with at least one Yucateco habanero. Someone we know (we won’t name names, but his initials are W.G.) ate a whole habanero one time. Just popped it into his mouth after eating a taco while watching a parade during Carnival! That’s one taco, one parade and one habanero he will never forget! 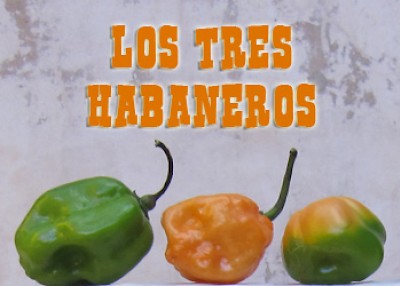 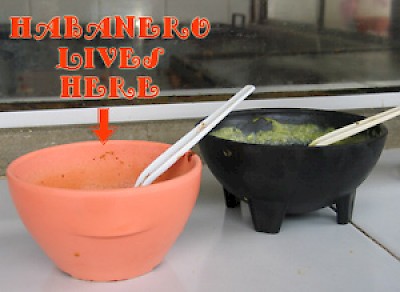 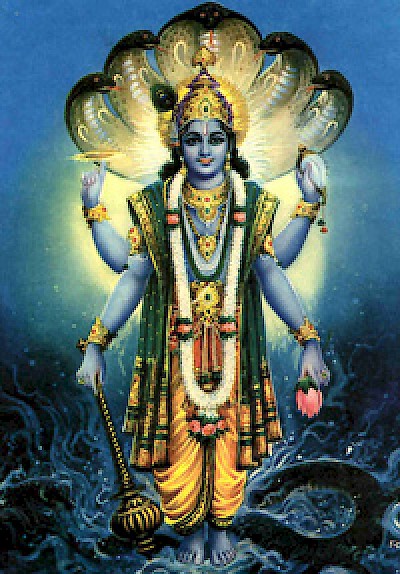 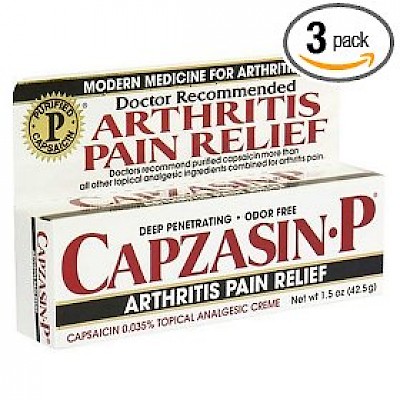 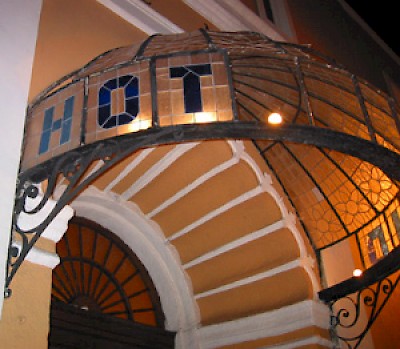 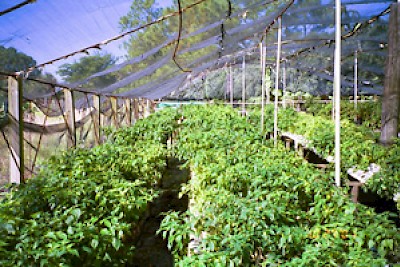