Dining At Two Extremes in Merida

Some days we hit the gastronomic jackpot in Yucatan and yesterday was one of those days.

It was a little after noon when our amazing, fantastic assistant, Beatriz, was leaving and we offered to drive her home. After working all morning, we were tired and hungry. As we dropped her off, we asked her if there was a good cocina economica in her neighborhood (which will soon be our new neighborhood). Claro que si! (Certainly!)

She pointed us in the direction of Cafe Lupita, located on Calle 81-A near 72, just south of Parque San Sebastian and a little to the west. There is an entrance on both Calle 81 and Calle 81-A.

Unlike many of the cocinas economicas in Merida's centro, Cafe Lupita has a large outdoor area with a lovely cross breeze under a shady tejeban (tile roof). We sat down at a little table with a tablecloth, napkins and flowers. We noted the immaculate garden planted along one wall, and the charming little hand-washing station along the other wall (every cocina economica has a place to wash your hands... we believe it's required by law). A nice young white-coated waiter took our order and while we waited for our food, we watched a parade of neighbors coming in with their tuppers (Tupperware) of various sizes para llevar (for take out). A cocina economica is the original fast-food restaurant, only the food tastes better and it's fresher. And cheaper. And actually faster! A meal of over-processed and preserved "food" at Burger King will set you back over $50 pesos in Merida and even the drive-thru is slow.

By contrast, our pollo asado (grilled chicken with rice and a vegetable soup on the side) cost $32 pesos and the bistec a la mexicana (grilled beef strips simmering in a tomato and jalapeño chile broth with blended black bean soup on the side) cost $28 pesos, both accompanied by the ubiquitious warm corn tortillas and spicy habanero sauce. A cold icy agua de lima (limeade) for $7 pesos and an icier Mexican Coca Cola for $5 pesos completed the feast. The lunch was delicious (muy rico!), almost more than we could eat, and in itself would have made for a wonderful culinary day in Yucatan. But we had only just begun!

Seven hours later, we found ourselves at the opposite end of the Yucatan dining spectrum. We and two new friends went to Nectar, probably one of the best restaurants in Merida. Roberto Solis, the owner of Nectar, has studied around the world with some of the world's most famous chefs. The restaurant had spotty service at first, probably because Roberto was still traveling. But spurred on by a request from a loyal reader, we decided to give it another try and see if anything had improved since our first visit.

Nectar is now located on Avenida A García Lavín, in Plaza Jardín in Mérida.

As we walked in, we noticed that the restaurant looked lovely, the air temperature was perfect and there were waiters everywhere. We also noticed there were more patrons than we had seen in the past. A good sign!

We sat at a table for four with a good view of the kitchen. The spotless and modern stainless-steel kitchen was completely open at Nectar, and the young chefs were dressed stylishly in white and black. The intense activity in the kitchen adds to the feeling that you are dining somewhere special. Unfortunately, the rather loud house music felt like we were dining in a discotheque, but they immediately turned it down when we explained that we preferred to talk over dinner, rather than shout. Always a party in Mexico.

A waiter came to take our drink order, which wanted to include a martini. He assured us that he made a great martini. We had our doubts, based on our experiences elsewhere, but he demonstrated in detail, using both words and enthusiastic pantomine, that he knew well what he was doing. We were pleasantly surprised when he returned with a very dry gin martini that would have made Winston Churchill proud.

Then came the menus, which feature an extensive list of h'ors d'oeuvres, followed by meat, fish and pasta dishes. We ordered and before long, were served our first course: a Caesar salad in dramatic white dishes that reminded us of the hat worn by the Flying Nun. The crispy fresh Romaine lettuce was somewhat overpowered by the dressing. So much dressing, in fact, that some of us didn't finish it, which made us wonder if it might be an omen of disappointments to come.

But then came the entrees and we realized we had nothing to worry about. The rack of lamb (pictured below), was served with whole roasted mushrooms, accompanied by a layered meat-and-mashed potato torte and topped with a healthy sprig of rosemary. The Ahi tuna was seared lightly, stacked high on a bed of rice and julienned vegetables and lightly drizzled with competing sweet tempura and salty soy sauces. A spaghetti pomodoro was perfectly al dente and the fresh tomato sauce was tasty. Everyone at the table was thrilled with their meal and there was much oohing and aahing and general delight.

Soley in the interest of providing a complete review to our readers, we just HAD to order dessert. After eating every last bite of our meals, we didn't have much room left, so we all shared a chocolate pastel with vanilla gelato. The cake was moist and dense and chocolately, and there was something fruity inside... raisins? The gelato was light and airy. The dessert and our espressos were a perfect end to a near-perfect meal.

In addition to the excellent food, the service at Nectar was over the top. There seemed to be at least two waiters assigned to our table at all times, hovering at a distance. Each time one of us brought out a cigarette (yes, you can smoke at the table in Nectar and most other places in Mexico), a waiter popped up with a lighter. A glance at a waiter summoned them to our table before we could blink. As usual in Mexico, the waiters have a compulsion to wisk away your dinner plate before you're finished (a pet peeve of Working Gringa's), but they never rush you away from your table. We could have sat and talked all night. We love that about Latin dining culture.

The worst part of the meal was paying the bill. They hide la cuenta in a decorated box, a little visual delight designed to take away the sting, no doubt. We divided the bill up four ways and each of us paid $450 pesos (tip included) for the pleasure of dining and being treated like the casta divina.

It was a pleasure to eat at Nectar and worth every penny, maybe more, but due to the price (which is rather high for us Working Gringos), it's one pleasure we don't indulge in on a regular basis. On the other hand, we'll probably return to Cafe Lupita every week. 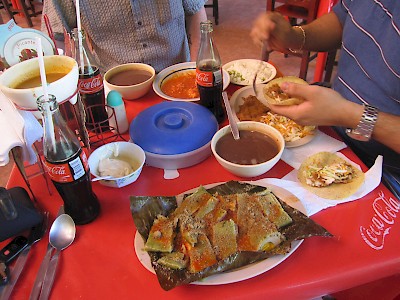 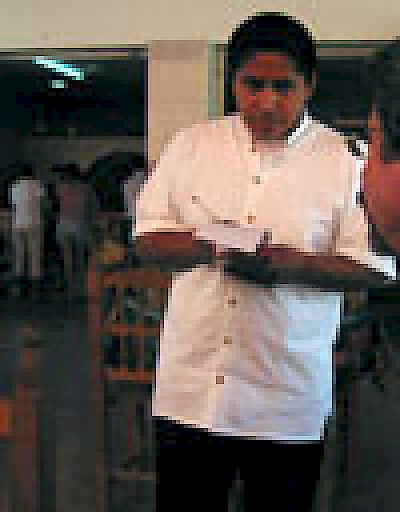 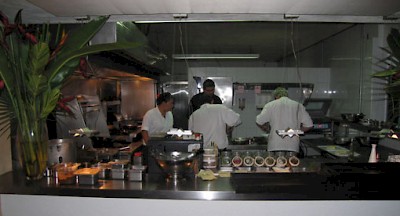 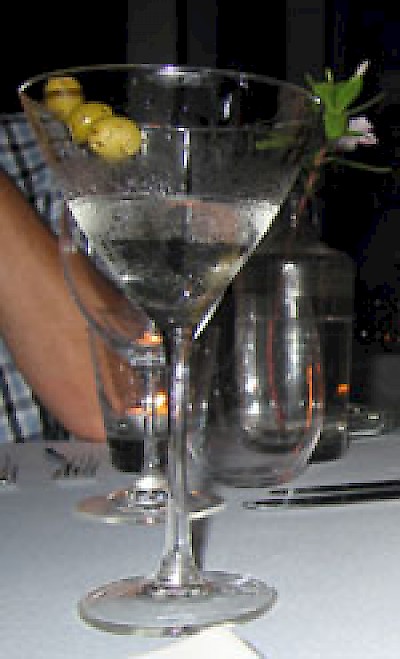 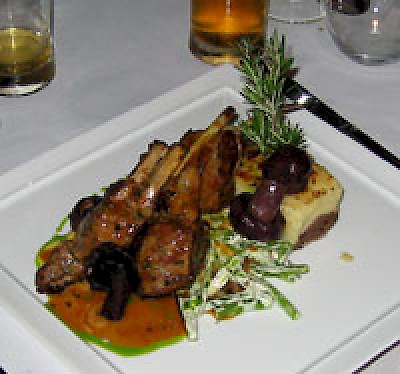