The Yucatan Railway Museum (Museo de los Ferrocarriles de Yucatan) is being given a new lease of life after being closed and abandoned for four and a half years. Ivan Godfrey took over as Director General in July this year, and he is hoping to bring this museum to the attention of Merida, Yucatan, Mexico and the world... for indeed it has railcars and a history that is world class.

So where did Ivan Godfrey come from and why has he been put in charge? Ivan was born in Royal Tunbridge Wells, Kent, England... just 15 miles from the world's first preserved standard gauge passenger railway, the Bluebell Railway. Ivan worked for British Railways, and is highly qualified as a railwayman in more than one area. He also worked professionally on one of England's more successfully preserved steam-operated railways. He was the project manager for the restoration and preservation of a Pullman Observation Car called the Devon Belle (pictured here). In 2006, Ivan obtained the sister Pullman observation car for repatriation to England from California for free, and in gratitude, the owner gifted the car to Ivan. At the same time, Ivan also obtained Sir Winston Churchill's funeral carriage (pictured below right) for free from City of Industry, CA. He also repatriated that railway car to England, and both are now restored on the Swanage Railway in Dorset, England. Ivan is still a member of the Bluebell Railway near his birthplace and has over 50 years experience in the railway industry. Luckily for us and for the Yucatan Railway Museum, the people that care about the museum found him and brought him to Merida to save this valuable treasure.

As it turns out, Ivan has been brought in by a non-profit A.C. organization in Mexico City. The museum is not in any way associated with the local government or the national government. Someone with some money and energy at this non-profit has recognized the valuable historical assets at this museum, and has brought Ivan in to reclaim the place, make it attractive to tourists and restore some of the railcars and steam engines. The museum has been in existence since 1999, but for a variety of reasons has not been a success. Everyone is hoping that Ivan, with his years preserving railcars in England with highly successful preserved railways, will be able to bring the Yucatan Railway Museum back to life.

Ivan told us, "The overall condition of the museum when I arrived was grim, to say the least. A significant area was inaccessible due to unwanted trees, bush and grass growth. The place was strewn with plastic bottles left by a group who were using the area sometimes for unauthorized fiestas. So the first job was to get the growth cleared and the rubbish cleared. A businessman friend of the museum contributed a labourer to assist in this work. At the same time, work was started in making a difference to the appearance of some of the exhibits visible from the road. This work has made considerable progress with the help of a small band of volunteers and one paid member of staff who get this work subject to the availability of funds."

He went on to say that funds are collected solely by entry donations and photo-shoot rentals. The hundred-and-ten-year-old narrow gauge Baldwin locomotive (pictured on the left) is now looking much better, thanks to the renovation activities. It is a Baldwin 4-6-0 steamer built in Philadelphia, U.S.A in 1903. Originally a wood burner, it was converted to an oil burner in the 1940's. So far, that locomotive has consumed over 8 gallons of black paint to date, and still needs a little more work. There is also a narrow-gauge Diesel electric locomotive that is one the last narrow-gauge locomotives in operation in the Yucatan. It was built in 1939 and was in the batch of the first diesel/electric locomotives in Mexico. The locomotive pictured at the beginning of this article, painted mandarin orange, was from the first group of standard gauge diesel/electric locomotives also brought into Mexico in 1939, and it too is in the Yucatan Railway Museum.

The Height Of Railway Use in Yucatan

According to Ian, at one time there were over eight hundred kilometers of three-foot narrow-gauge railway in the Yucatan. The three-foot narrow-gauge railways existed in other parts of Mexico, as well as the USA. Normally it was used to keep construction and operating costs down in hilly or mountainous terrain, but in the Yucatan it was installed purely for cost savings. Yucatan was not connected to the rest of Mexico by rail until 1950 (and not by road until 1964). Before that, if you wanted to go to Mexico City, you caught a ferry to Veracruz, and then the train to Distrito Federal. The web of railways in the state of Yucatan was created for the henequen industry and fell out of use when the industry died. Now there are no working railways left, but the Baldwin locomotive can be seen in its full glory at the Yucatan Railway Museum.

There was a line, called the Rendon-Peniche Line, that ran from Merida to Progreso. It was unusual for Yucatan because it was a standard-gauge railway and the first locomotives on that line came here from the United Kingdom. The Rendon-Peniche carriage came back to Yucatan in 1962 from Ferrocarriles Cuauhulia y Zacatecas, and Ivan tells us that it is no ordinary railroad car. It is completely constructed of wood and was named after Jose Rendon Peniche, a statue of whom stands in the museum. Ivan is hoping to learn more about the history of this railcar and to raise funds for its restoration.

There are a total of 40 pieces of rail-bourne equipment in the Yucatan Railway Museum in various states of repair. Three vehicles were reconstructed in the two years before the museum was closed a few years ago. One of those is a Caboose that is now operating as a car with luxury toilets for visitors.

In terms of railway equipment, the Museo Ferrocarrile Yucatan is the second largest railway equipment museum in Mexico and has the largest collection of vintage diesel electric locomotives in the country. One of the most valued pieces of rail equipment, and a priority project at the moment, is the circa 1890 all wooden-bodied special car, the Rendon Peniche, that we mentioned above. There is also an original Pullman car built in 1927 that they hope to restore, as well as a 350 steam locomotive that was dismantled some years ago but can be put back together again. These important and historic vehicles have been neglected and are in poor condition. A fairly large sum of money is required to restore these to presentable, museum-worthy condition, but the work has begun.

Ivan wanted us to let our readers know that the museum welcomes volunteers who are prepared to work towards making this museum something that Merida can be proud of. There are many jobs that need doing. Carpentry, welding, mechanical work, and a huge amount of painting. If you have fund-raising skills, they need those too. The entrance to the museum is located on Calle 43 at Calle 48 in Merida. There is free parking on site. And the entire area is open for rental by photography crews looking for a unique environment.

Since he knows so much about trains, we asked Ivan what he knew or thought about the proposed train between Merida and Cancun. He told us that El Tren Penisular will not go to Cancun. It will go to Punta Venado, the port across the strait from Cozumel. He says it will be a modern efficient cross-country train that travels at a speed higher than the intercity buses. As Ivan understands it, the intention is for this train to be used for passengers during the day, and for freight at night. It is his understanding that the train will use the existing line between Merida and Vallodolid, with a new track laid down to connect it to Punta Venado.

We welcome Ivan to Merida and we're glad that this valuable piece of Yucatan history now has a caretaker who is committed to preserving the treasures within. We encourage all our readers to go check out the museum on a lovely day in Merida and reconnect with the history of the state of Yucatan and the North American Continent.

If you wish to volunteer or donate, please contact Ivan Godfrey, Director General, at (999)351-6232 or email him at gren97@hotmail.com. 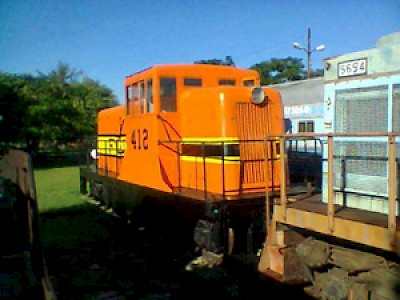 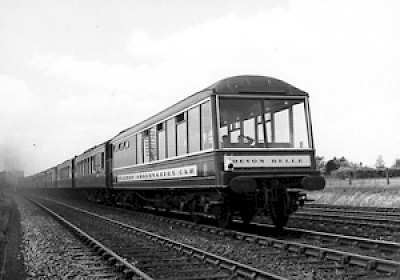 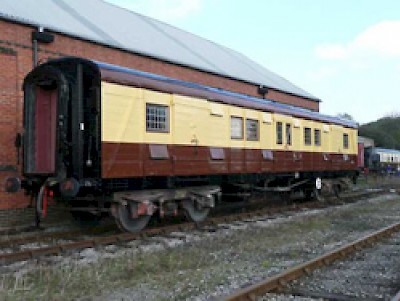 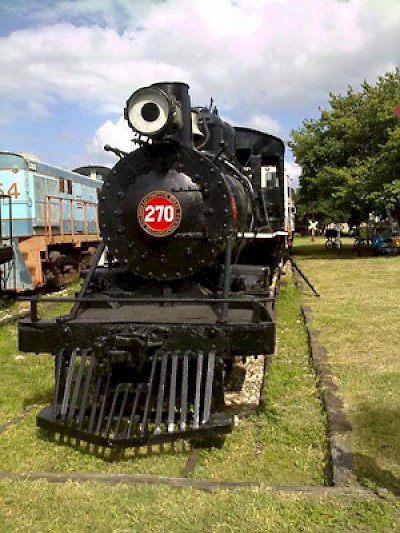 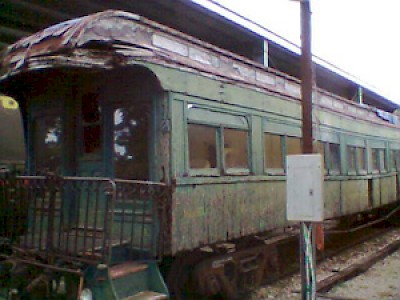 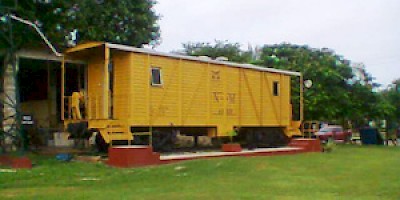 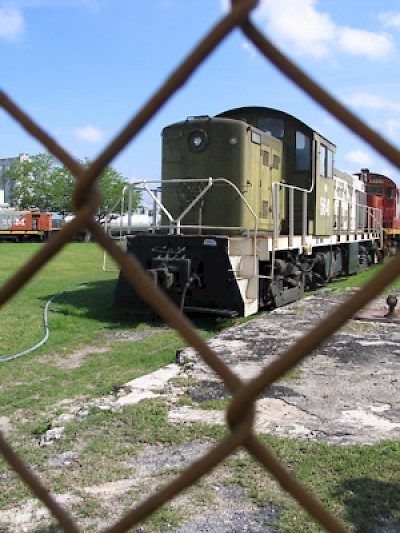