For quite some time, the Centro Historico de Merida (Historical Center of Merida) has been in the process of being remodeled and revitalized. As long as eight or nine years ago, the city started by repaving Calles 60 and 62. Workers tore up the existing streets and sidewalks, replacing them with concrete-stamped streets that looked like brick pavements, and with sidewalks repoured over buried electrical and telephone wires. Living near that project, which seemed to take almost a year, was painful. But years later, those streets are well-traveled streets where travel flows well, and tourists can walk safely while enjoying the view. This was just the beginning of a renovation that has spanned administrations and has included a number of projects, most of which are scheduled for completion sometime during the month of September 2012.

Restoration of Churches and Parks

The recent restoration of no less than a dozen colonial churches in and around the Historical Center of Merida formed the initial stages of this long term restoration project. The restoration of these churches, some of them 500 years old, is nothing short of stunning. The church at Parque San Sebastian is one example. The church was repaired and repainted, the gardens were renovated and the surrounding park was also renewed, providing outdoor exercise equipment, new ballcourts and a new baseball diamond with viewing stands for the entire neighborhood. Other parks have seen renovations recently as well. Parque de la Paz had its fountain redone, the walkways and lighting reinstalled and the gardens cleaned up. No matter what part of town you find yourself in, you have probably seen some renovation activity in the last year or so .

Probably the largest of these projects in the last few years was the building of Parque La Plancha, which served as an anchor project for the current administration, with other projects radiating out from it. Parque La Planchawas built in time for a huge free outdoor Shakira concert and is now a large green space that uses a variety of environmental technology resources to ensure its sustainability. The creation of green space has been an issue to which environmentally-conscious Yucatecos and extranjeros have increasingly cared about over the past few years, and having the beautiful Parque La Plancha in place of the weed-choked garbage magnet that it used to be is a change welcomed by everyone.

During Phase Two of the current revitalization of centro, a number of corridors are being renovated. Part of this is simply to improve the urban image of Merida, but there are other reasons as well. Significant growth of both residential and commercial use of Centro has made it necessary to improve both pedestrian and vehicular circulation. This includes providing easier access to businesses, improving security, and making it easier for tourists to experience the heart of Merida.

Even as those outward physical characteristics of centro are becoming evident, trade negotiations are taking place so that street vendors will not spoil the view or the experience of living in or visiting the Historical Center of Merida. While some headlines claim that street vendors are being banished, that is not quite the case. In reality, other spaces are being provided for them and, if all works as planned, they will add a great deal to maintaining the traditional feel of centro itself. The vendors from Chiapas may be an example of this. They can be found selling their wares on the streets during special times, such as Sunday mornings or Thursday nights. During the rest of the week, their merchandise can be found in small stores lining Calle 62 (and other places), providing the same selections (or better!) at similar prices.

While all of the projects discussed above seem to fall into the urban beautification category, this is not the total aim of this revitalization effort. Other efforts that have been underway over the last few months have included the revamping of a number of derelict buildings into additional spaces for schools of technology and community centers. The community centers focus mainly on providing young people with activities and opportunities for community service. It is important to the future of any culture for its young people to see where they fit into their culture today and into the future. The new buildings in centro are being developed so that the needs of every generation are being served by the revitalization plan.

The extranjeros who have made their home in Merida have clustered in the downtown Merida area, doing their part to renovate and restore Merida's colonial buildings. For years, the local city government has provided the service of renovating colonial facades for a small fee to any owner. Ten years ago, there was a long waiting list to receive this service. The city would send workers to restore crumbling plaster and paint any colonial facade in the downtown centro historico. Many people waited years for this very inexpensive restoration of their downtown homes. Recently, we heard that while this has been a very popular service, right now there is no waiting list and the service is still available. This is yet another way that the city is facilitating the renewal of Merida's historic district.

If you are coming to Merida as a tourist, be prepared to be amazed by this colonial restoration and the beauty of the buildings in Merida's downtown and along the Paseo de Montejo. If you have been a resident of Merida for some time now, you know how far the city has come. We imagine that you are willing to put up with the inconvenience of temporary street closings and directional changes that will continue for the next two months. We also imagine that Calle 59 between Avenida Itzaes and Calle 50 will continue to be a bit of a nightmare for awhile, but the nightmare will fade from memory as the beauty of Merida comes back to life.

We Get To Live Here!

The other day, we were minding our own business, waiting for someone in the centro. As we stood there, we overheard from a nearby sidewalk café on Plaza Grande, as one gringa leaned into the table and said to the other, “We LIVE here, you know.” Both women smiled with contentment. We know exactly what they meant! 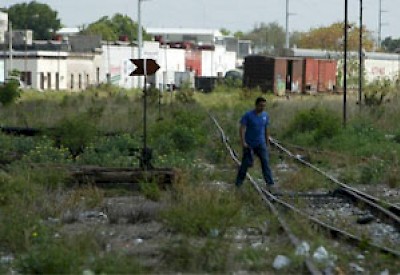 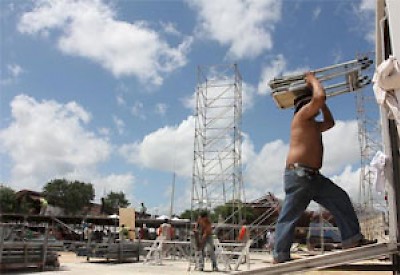 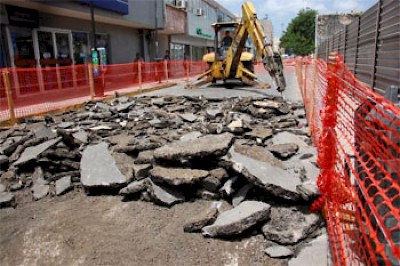 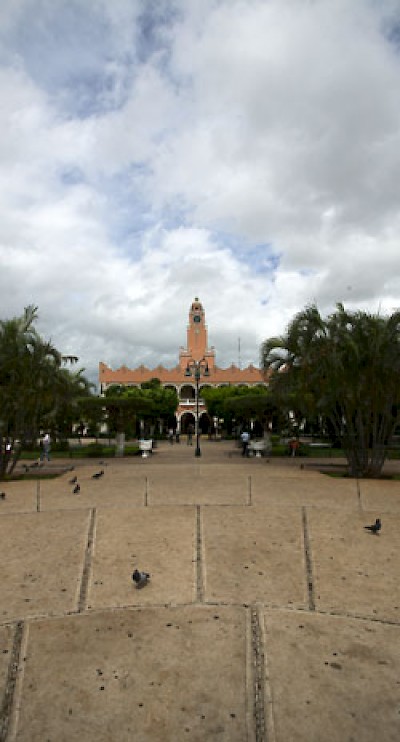 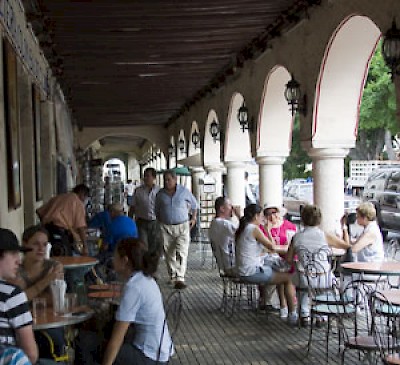