First the city of Merida built a new mercado, a modern concrete structure that seems to have more in common with an airport parking structure than a commercial market for a city of almost a million people. The new mercado absorbed all the vendors who had set up puestos around the Lucas Galvez Mercado, selling everything from chickens to tube socks to edam cheese from their makeshift booths. Perhaps the old mercado is going to be torn down someday, but for now, both the new and the old mercados are bustling, busy places.

Then the city government crossed the street and cleaned up the little park which had been crowded and dirty. They polished up the statue in the center and made it into a lovely little place to sit and wait for the bus or watch the shoppers go by. But the city of Merida really got our attention when they closed down the old Post Office and started a major renovation on that building.

The post office used to be just the sort of post office you would expect to find in Mexico in a small town (which we hasten to point out, Merida is NOT). We probably received two packages in three years that required our appearance there. We turned in our receipts, signed our name and picked up our package, all without a fuss. There seemed to be a lot more space in the building than activity. But the building itself, even in its state of disuse and disrepair, was a real beauty.

Apparently, someone in the Merida government thought so too. And the old Post Office has now been renovated and given a new purpose as the home of the Museo de la Ciudad de Merida, the Merida City Museum. The 22 employees of the new Museum worked overtime during the month of June and officially opened the building to the public this past week in what was probably one of the last official appearances by the outgoing governor of Yucatan. We chose to visit on a quiet morning, something like the mornings when we once visited to pick up our packages.

It used to be impossible to park a car in that part of town during the day. Now, with the new mercado and its underground parking, it's merely difficult. The parking lot can be reached by going south on Calle 56 and turning right (and going underground) at Calle 67. If you aren't walking, it's probably the best place to park to see the museum. But walking is a better idea. Stroll south on Calle 60, past the zocalo, turn left on Calle 65 and you'll run right into it.

We drove and parked, since we're working gringos and always in a hurry (muy un-Yucateco!). We bobbed and weaved through the aisles of the old mercado, past the Maya ladies selling pitayas (a delicious local fruit) and balls of masa (cornmeal), past the fresh panuchos, past the santos on display and the sticky candies. We emerged into the sunlight to behold the entrance of the museum, all shiny and new in a pink birthday-cake of a Victorian building that looks like something straight out of Pollyanna.

As we walked in the front glass door, despite the busy traffic of visitors to the new exhibits, we were surprised to find no other than the Museum's director, Orlando Vega Carrillo, standing beyond the doorway to greet us. There are four official Cronistas of Merida; historians, elected for life, whose job it is to research, rediscover, record and protect the history of this ancient city. Don Orlando works closely with them in his job as director. Because of his intense interest in history, he is practically a cronista himself. Que suerte! Who would be a better guide than he?

Don Orlando walked us around, starting on the north side of the building. He explained that they began planning the museum's renovation ten years ago, and spent over $14 million pesos completing the task, so to see it finally finished is incredibly satisfying. The building has always been a government building, and so was renovated by the Obras Publicas (Public Works) department of Merida's Ayuntamiento. It has been the Palacio Federal (Federal Palace) and the Correos (Post Office) and now the Museo (museum). It didn't always have the striking checkerboard roof, but when the architects were renovating it based on old photos, they decided to keep the signature roof that had been added about thirty years ago.

We learned that the museum was designed by two museographers, one from Yucatan and one from Mexico City. Mexico designs beautiful museums (our hands-down favorite is the Anthropological Museum in Xalapa), and the new Merida City Museum is no exception. Don Orlando told us that the new museum has many items on display that were not at the old city museum (previously located on Calle 61 and 58). And indeed, as we walked around, we saw many beautiful and historic objects we had never seen during our previous visits to the old location.

There is a lovely collection of painted wood santos generously donated by the estate of Manolo Rivero, a well-known son of Merida who owned the Hotel Trinidad and Trinidad Galeria, but who passed away last year. There is a beautiful lace dress, donated by one of the old families of Merida. There is a cabinet with mementos and photos of the first immigrants from Lebanon and Korea.

One of our favorite displays contains a small statue of Felipe Carrillo Puerto, probably the most celebrated of Yucatan's governors. This statue was the artist's scale model for the completed, life-size bronze statue on Avenida Itzaes, seen when entering Merida from the direction of Uman, just after crossing over the Periferico. The cabinet also contains a telegraph key used by Carrillo Puerto, his compass and his Masonic apron.

Merida is, in many ways, a living museum, and our guide, Don Orlando, is a perfect example of how history comes to life in this city. He happens to be the grandson of Felipe Carrillo Puerto. He told us that they used his face, and especially his profile, for modeling the face on the statue, as it is well known in his family that he inherited Felipe Carrillo Puerto's features. He agreed to pose for this photo, but we must admit, we've never seen a photo of Felipe Carrillo Puerto laughing, so we couldn't really compare. Yet, as we toured the new museum with its director, we couldn't help feel connected to the amazing history of this city.

On the other side of the Museum entrance are two rooms, the Maya room and the Spanish Conquest room. In the Maya room, we found examples of old carved stones from the ancient city of T'ho (Merida's Maya name), whose full name, Ichcaanzihó, means "City of the Five Cerros", according to the cronistas. The five cerros (which means something taller than hills but not quite mountains) were neither, really, but rather five pyramids built during the early Maya Classic period but later used for building materials for the Spanish colonial city. The Conquest section includes architectural pieces from the first buildings in Merida, as well as paintings, maps, antique books and pieces from the church interiors that were once quite elaborate and magnificent, but were mostly destroyed during the Mexican Revolution.

Upstairs, the color palette changes from warm, red tones to cool shades of green, and the displays turn from history to art. Local artists have been invited to display a variety of works for the initial exhibit, and upstairs you can find works by locally famous sculptors like Gerte Gruber, Reynaldo Bolio, Katrin Schikora and many others. Works are in various mediums, ranging from barro (clay) to henequen, wood and even mirrors.

The current exhibit is mostly sculpture with a few graphic pieces and several interesting installations. The museum plans to exhibit works related to the city's anniversary starting in January. In the future, the upstairs will continue to house temporary art exhibits as well as art performances, music recitals, book readings and other cultural events. We didn't go there on this trip, but rumour has it that eventually there will be a restaurant on the third floor. If it looks anything like the rest of the building, we're sure it will be a big hit. The spaces are grand, very Yucatecan and even air conditioned, so we're sure the new city museum is going to be a popular venue.

Entrance is completely free, and so are the guides. Anyone can walk in, and over 600 people a day already have, to request a tour around the museum in English, Spanish or French. With any luck, the tour guide will be the director himself. The museum is open from 9:00 am to 8:00 pm, Tuesday through Friday, and from 9:00 am to 2:00 pm on Saturday and Sunday. As with most public buildings in Merida, it is closed on Mondays.

After visiting Merida's new City Museum, we're in the mood for a Yucatan Living historical pop quiz. Anyone who can email us (blog@yucatanliving.com) with the correct answers to the following historical questions wins a new Merida Corners gift item of their choice (proceeds donated to the PPPN at www.yucatankids.com):

3. Why are outsiders called "Huaches" by the citizens of Merida?

Our thanks to Fernando Casares and Orlando Vega Carrillo of the Museo de la Ciudad de Merida and to our reader, Charles Gallegos, for their generosity of time and information. 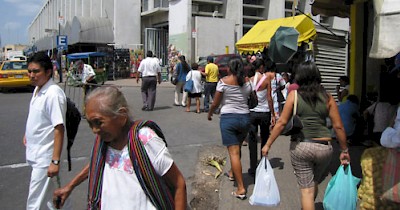 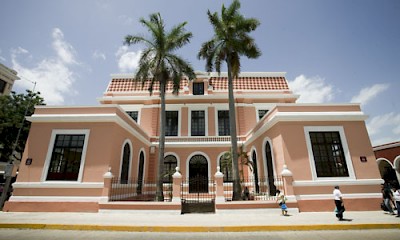 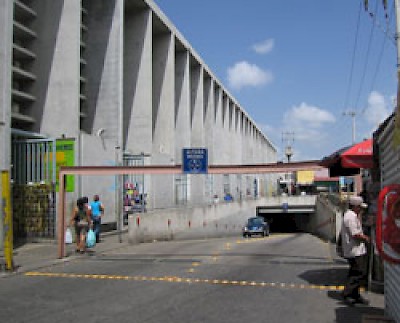 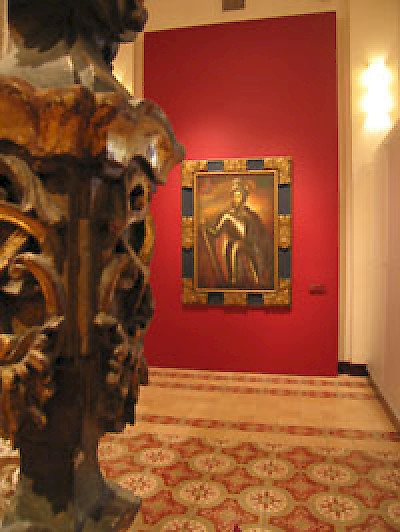 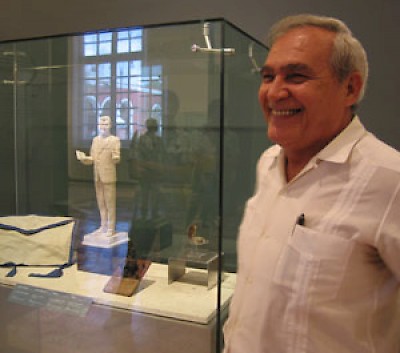 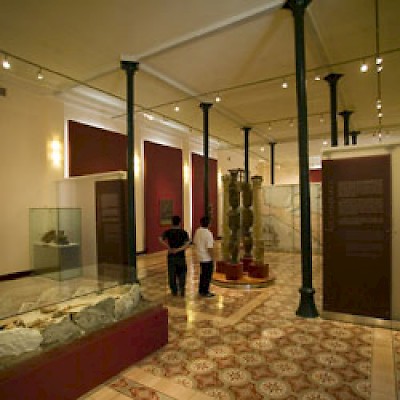 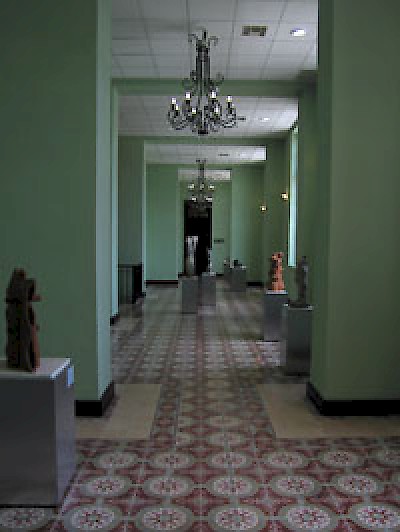