Havana Harbor is the heart of activity that brought the city of Havana to life and it remains the focal point of a considerable portion of the city’s economic success. The natural harbor has three distinct bays connected to the ocean by a narrow channel that needs to be consistently dredged to allow entry for large modern vessels. A series of aging fortresses are located on both sides of the channel, the remnants of early attempts to protect the crown jewel in Spain’s Latin American colonial empire. If time allows, I suggest you visit all of the fortresses. If time only permits a visit to one site, make it El Morro with its imposing 82-foot-high lighthouse. Situated on a bluff overlooking the entrance to the bay, the El Morro fortress provided the front line defense of Havana's harbor.

There are two methods for getting to El Morro from Old Havana where most tourists stay. You can take land transportation through a tunnel that passes under the channel and delivers you to the eastern side of the bay. Or you can catch a ferry directly across from the new Russian Orthodox Church located on the waterfront. The ferry is a little slower but it provides an opportunity to feel the pulse of the port as you pass oil tankers, a refinery, grain elevators, container shipping docks, and warehouses. Once you are across the harbor, you can grab a taxi for the short ride to El Morro.

One of the most imposing monuments on the Malecon (the walkway along the water) is dedicated to the 266 American sailors who lost their lives in 1898, when an explosion ripped the U.S. Battleship Maine apart and sent the once-proud vessel to the bottom of Havana Bay. That event was the spark that helped initiate the Spanish-American War and gave the United States control over Cuba, Guam, the Philippines and Puerto Rico. From that moment, the United States had their political noses stuck directly in Cuba’s business, a position the country has had difficulty dislodging.

There are some cruise lines that make port calls in Havana, Holguín, Santiago de Cuba, Cienfuegos, and Punta Francés on Isla Juventud but none of those originate in the United States. We observed both a large standard cruise liner and a three-mast sailing cruise vessel, both registered out of Valletta, Malta in the Mediterranean Sea. When the embargo is lifted, the cruises out of Miami will likely be as thick as flies. Cuba then has every chance of becoming the major stop for cruises that sail the Caribbean, originating in the United States plying the Caribbean.

All those Chevys, Fords, Chryslers, Dodges, Edsels and Studebakers from the 50's and earlier that we thought had died long ago are alive and well in Cuba. Nothing pleased me more than when our group leader let me slip away for a few minutes and sit on a wall in front of the Hotel Havana Libre located on one of the busiest streets in the city. My digital camera was literally smoking! Within about twenty minutes, almost every car I dreamed of owning in high school and college passed in front of me.

I almost felt like I was sitting at the local A & W Drive In, watching all the cool dudes and hot chicks “cruzin'” on a spring day in the Midwest. The music of the Beach Boys, Elvis Presley, Little Richard, Fats Domino, and Jerry Lee Lewis floated through my memories. The immense numbers of those classic American cars that are still being driven boggled my mind. Some are in pristine condition, while others are being held together by wire and Duct tape. Many of these cars that are still on the road are at least 55 to 70 years old. Parts are hard to find and I just kept thinking that I want the franchise for the first auto parts store when the embargo is lifted.

On one of our “People to People” field trips, our group traveled to our study site in three different taxis: a classic Ford, a Chrysler and a Dodge. I asked our driver how he could coax all those years out of his engine. He told me that the engine had died years ago. Almost all of the classic cars you see in Cuba have had the original engine replaced by a diesel engine. In our trio of cars, the Chrysler had a Kia diesel, the Dodge was running a Peugeot diesel, and the Ford had a big old Romanian diesel squeezed under the hood. The diesels are more economical and will last much longer than a gasoline engine, but the air pollution they are contributing to the skies of Havana is noticeable.

Many Cubans are quickly realizing that tourists offer great opportunities to improve their economic position in life and have some fun at the same time. Some money-making schemes involves a tourist getting his or her photo taken with a Cuban offering a National Geographic Moment. Favorites are beautiful Cuban women dressed in vibrant colored, full-length dresses, with baskets of fake tropical fruits. They offer to give men a kiss on the cheek while the wife or girlfriend takes the photo. Sorry girls, but we did not see any handsome dudes with similar offerings. There is a gregarious, outgoing, wonderful little man with a great white beard usually found in the area of the National Cathedral. He will place a Che Guevara hat on a man’s head, put a huge fake cigar in the tourist’s hand and encourage friends or family to take a picture. Some of the best-costumed mimes I have ever seen will also pose for a photo with tourists. A tip of one CUC ($1 USD) is expected and everyone involved seems to have fun. If they approach you and you are not interested, we found you can just politely say no. We did see one or two individuals who will purposely step in front of your attempted photo shot, make ugly, contorted faces, and then demand to be paid. We just lowered our camera and waited to take the photo after they went away.

Travel in Cuba is not difficult, but unless you are a masochist, avoid travelling by train. The Central Train Station in Havana (pictured above) has a beautiful façade, but once you pass through the doors, everything changes. The passenger cars are almost always crowded, dirty, and noisy. The trains seldom arrive on schedule. One exception is the simple but not badly run Hershey Electric Train that travels from Havana to Matanzas. It is slow, but not terribly uncomfortable, and passes through some attractive countryside.

The long distance buses, by contrast, are superb. Viazul offers the premiere bus fleet and will take you from Havana to Santiago de Cuba in about 16 hours, with stops in major cities. There is one express bus each night that stops only in Camaguey, but makes the trip in 12 hours. In Havana, bus service ranges from excellent to absolutely horrible. If you are a first time visitor, buy a five CUC ($5) ticket and ride the route of the Transtur HavanaBusTour double-decker bus. If the weather is good, go to the upper deck, and sit in an outside seat for incredible Havana photo opportunities.

For just scooting around Havana on short trips, there are several choices and we tried them all. No matter which service you use, always agree on the cost of the trip prior to leaving. There are some modern taxis that run meters but our preference was the large fleet of classic American cars that are used as taxis. The better the condition they are in, the higher the rate. A 57 Chevy Bel Air convertible will be quite pricey. My wife and I both liked the pace of the Pedi-cabs (bicycle cabs) peddled around Havana, usually by younger men. We had a really great ride in a horse-drawn carriage that took us through some of Havana’s industrial district while the driver lectured., but some of the other participants did not get similar service. For just flat-out fun, hire a Coco Taxi. They have a fiberglass shell shaped like a coconut, which is mounted on a motorcycle. They seat two or three passengers and dart in and out of traffic honking extremely loud horns and in general irritating other drivers and pedestrians.

The negatives of the more restricted scheduling that results from jumping through the hoops demanded by the U.S. Treasury Department for the licensing to conduct a “People to People” tour are sometimes offset by unique opportunities that other tourists may miss. Two such examples from our tour were a visit to a rare cactus garden and a breathtaking Orchid Botanical Garden.

The cactus collection is located just outside of Havana near Cotorro. Nicknamed the Patio de Raúl by the locals, it contains more than 1,200 species of cactus from Cuba and many other Latin American countries. Assembling the collection has been a labor of love for Raúl, the owner, and we were told that cactus collectors and international experts arrive from around the world to catch a glimpse of some truly rare cacti.

The plants are displayed in a greenhouse and an open garden setting, and if you are lucky, some will be displaying their vivid and exotic colored blossoms when you visit. Many cacti display extraordinarily beautiful, brightly colored flowers, meant to attract pollinating humming birds and insects. You will have the opportunity to see a peyote cactus associated with spiritual ceremonies among Native Americans in the southwestern United States and parts of Mexico. The collection has received the Triple Crown Award from the National Group of Urban and Suburban Agriculture in Havana Province.

Approximately 55 miles west of Havana just off the highway to Pinar del Rio, a tropical paradise lies nestled among the slopes of the Sierra del Rosario. The area is so special it has been identified as a UNESCO Biosphere Reserve. Within the confines of the reserve, eight and one-half acres of land were developed in the 1940s as an orchid garden. Don Tomás Felipe Camacho, a wealthy Spanish attorney developed the gardens to honor his daughter who died in childbirth. Camacho travelled the world collecting orchids and amassed a collection of more than 700 different species, about one-third of which are endemic to Cuba.

The guides at this botanical garden are well trained and provide excellent information as you stroll down winding paths surrounded by luxurious vegetation. The gardens also contain fifty different trees native to Cuba and more than 20,000 additional plant species. The site’s official name is Jardín Botánico Orquideario Soroa and Camacho created a library on-site with books and research papers specializing in orchids and other ornamental plants. The Soroa area is simply too beautiful to miss.

There's still more to tell you about Cuba! The third and final article in our Cuba series will review religion, an extraordinary cemetery, music, dance, sports, and tobacco.

****
Byron Augustin and his wife Rebecca traveled to Cuba in early 2014 and are sharing their experience and their photographs with our readers. Lucky us! If you didn't get to read Cuba: Our Mysterious Neighbor, Part I, read it here. 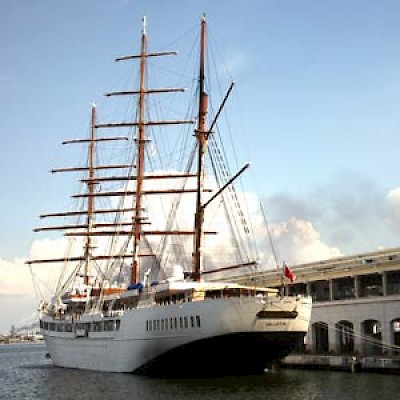 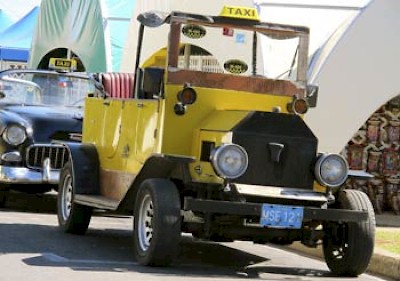 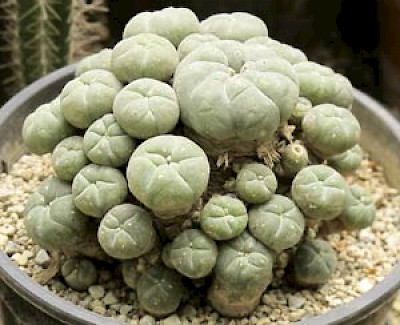