Guest author Jonathan Ruiz writes for the Mexican financial paper, El Financiero. He has a special interest in the Yucatan, and has offered to write for Yucatan Living occasionally on subjects that come across his desk. In this article, he takes a look at the growing cruise business in Progreso and how the local businesses might consider improving their service for the cruceros who come ashore.

Business on the Street

Crestfallen, Carlos walks on the cool white sands of Puerto Progreso on a hot and sunny day in July.

“Business is not going well”, he tells a tourist that follows him to the Banana, a giant floating balloon that has the shape of the yellow fruit.

Carlos offers the Banana for rent for about three dollars to any person who wants to jump on it for a few minutes. Three dollars is good for a wild ride across the shallow waters of the Gulf of Mexico off this popular beach on the north side of the Yucatan Peninsula.

“Fewer and fewer people from the cruises are coming to this port. Probably half of previous years!”, he adds.

Carlos may be right about his lack of business, but he is quite wrong about the actual cruise numbers, according to official data.

Last year, Puerto Progreso ranked 6th in the numbers of cruises that dock at ports in Mexico, above places like Mazatlan, Sinaloa and Huatulco in Oaxaca. A total of 115 cruise ships arrived to the Yucatecan shore in the last year, in fact.

Progreso is second in the country when you take into account the size of the cruise ships that visit its dock, according to the number of passengers registered by the Mexican Government in each ship. Progreso saw 2,863 people arriving by ship in 2015. Only the island of Cozumel in Quintana Roo, with 3,157 passengers per ship, was ranked above Progreso in all of Mexico.

But here is where the numbers differ from Carlos' experience for his small business: despite the fact that Progreso received the same number of cruises in 2015 that it saw in 2010, the number of people coming onto land increased by 16 percent over those five years. 329,269 people arrived by cruise only in 2015, according to the Communications and Transportation ministry (SCT, in Spanish).

So, what is going on this year?

The trend appears to be continuing. From January to June, Progreso received 51 cruises with an average of 3,028 passengers, each.

The Problem With Progreso

So where is the problem? Apparently not as many cruceros are willing to visit the closest Yucatecan town to the dock.

“It has not been possible to increase the activity of tourism or sales (in Progreso), and this represents a difference from previous vacation seasons”, said El Diario de Yucatán, quoting the main local association of commerce and tourism business (Canaco Servytur).

José Abraham Daguer, leader of that organization, informed the public a month before through a press release that his organization was expecting a 7 percent increase in sales during this season.

However, so far this year only about 300 visitors get down from each cruise to have a walk on the beach or grab a beer at a local restaurant, according to local newspapers. When they do jump off and see the port, they do not seem to be spending as much money as Progreso's businesses are expecting.

Why is this happening?

“There is an issue of orderliness” said Abraham through a phone interview.

Progreso needs to improve its image, invest in infrastructure of the malecón and keep it clean, says the leader of the main state organization of retail, restaurants and hotel business people.

“There are a lot of dogs walking on the beach, and that is something that the local people don’t pay a lot of attention to. But this is the kind of thing that the foreign tourists are not comfortable with”.

The president of the Canaco explained that the government of the town of Progreso is aware of the stories that tourists have about the destination and is working on a plan to counter them.

Comments like the following can be read at cruisecritic.com from people that allegedly visited Progreso:

“We got off the boat to purchase a few t-shirts, but we did not feel comfortable travelling into Progreso. It's a strange little port, in our opinion. Kind of dissappointed. We spent the rest of the time on the ship”.

Right now, most of the travelers that arrive by boat prefer to go to Mérida, Celestún or Chichén Itzá. These day trips are offered to them when they first buy their tickets, Abraham noted. So if they do research on the internet, they may be inclined to skip a day on the beach in Progreso if they read negative comments.

Promotion of the many different day trips can even be seen on the cruise line website:

“Carnival cruises to Progreso dock on Mexico’s Emerald Coast alongside the Gulf of Mexico, where hot pink flamingos gather by the hundreds and sun-bleached Maya pyramids rise from the jungle. Inland from Progreso’s golden beaches are the spectacular Maya ruins of Uxmal and the colorful city of Mérida, the region’s best shopping stop for handmade crafts”. (http://bit.ly/2c6Lh6x)

“For the last few months, cruises arrive from Cozumel, where they spend all their money. When they arrive to Progreso, they just walk on the beach and drink beer.”, Eddie Barbosa, a local hat seller, said to El Diario de Yucatan as quoted in a recent article.

Why does Cozumel Island seem to be more attractive than Progreso? When a cruise ship arrives to Cozumel, the travelers have a wealth of upscale stores and restaurants where they can shop and eat. They can visit fairly modern shopping malls, beach bars and beach clubs with many amenities.

Not so in Progreso.

“If you need to use the restroom here, you need to buy the food that I sell and then I will give you this coupon to give to the person across the street at Willi’s”, says a waiter on the beach to his foreign clients, while he points to a small austere restaurant across the street.

The restroom might seem okay to those of us used to how things are at the beach in Mexico, but it might not look so good to people coming off of a luxurious cruise ship. In addition, if those tourists have not eaten there, what are their options?

According to Abraham, two new restaurants will bring new services to Progreso that can improve the cruceros' experience in port. One restaurant is called Crasbster and the other one is La Antigua Bar. But it appears that more effort will need to be made and it will need to be a concerted effort that includes the city’s mayor and the state government.

Yucatecans might yet find a way to differentiate Progreso from other port cities nearby, and increase it's attraction to travelers on the cruise ships. It is good to remember that Yucatecans are the inventors and investors that gave the world all that magic today we know as Cancun and the Riviera Maya, places created in only one generation. It is way too soon to write off Progreso, but important to understand the challenges it faces. 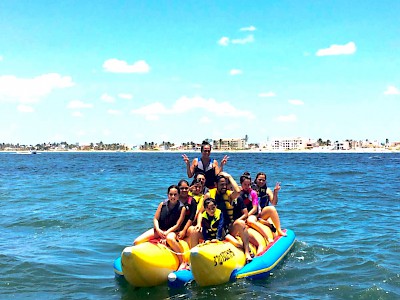 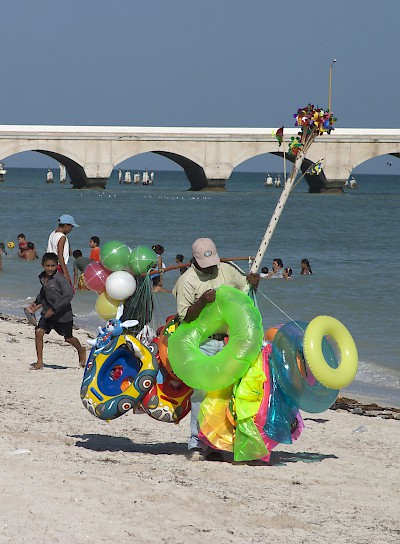 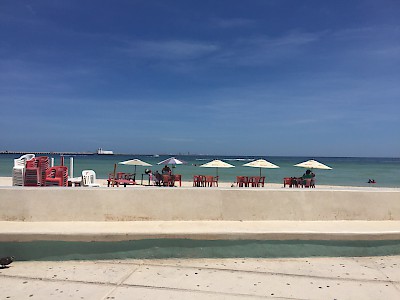 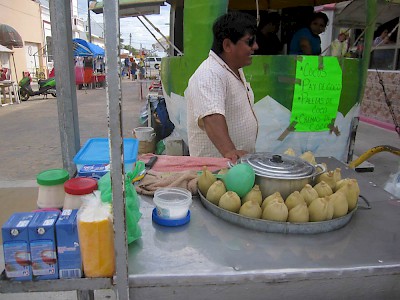 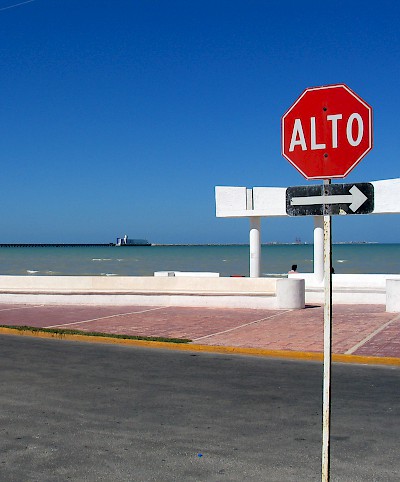 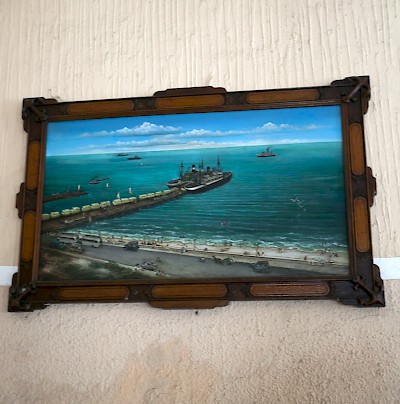 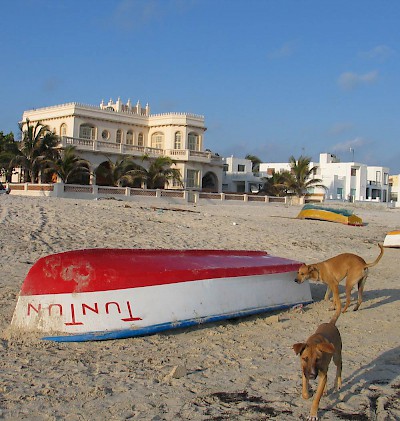 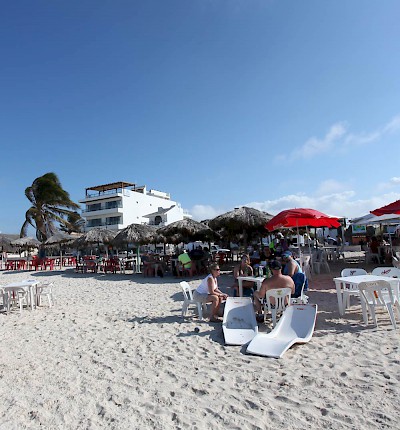