It is no secret that it gets hot here. Sometimes, it gets really, really hot. So hot, you think you're gonna' die. But there are a lot of ways to beat the heat and we're going to share what we have learned in that regard. We've learned by watching, of course, and paying close attention to what the people who have lived here for centuries do. Of course, there are the basic concepts of loose clothing, hats, clothes made of natural breathing fibers like cotton and linen. But this heat is so hot, you've got to know more than that.

One of the important concepts that we learned when we moved down here from the much colder North is "core temperature". We don't understand the science behind it, but we know the experience. At some point, your body seems to overheat. Drinking a cold drink, which is most people's first line of defense, doesn't come close to cooling you down. But there are a number of things that will lower your core temperature rather quickly:

First, get out of the sun. You should be walking on the shadowed side of the street already, and sticking to the shade whenever possible. If you aren't already in the shade, get there.

Stop moving. This is a time-honored tradition in tropical climates and is probably the biggest single reason that people close to the equator have the reputation for being lazy. Move slowly or don't move at all, and you won't be as hot.

Find the breeze. Whether it's a certain corner of a courtyard, in front of or beneath a fan, or on top of the building, find some moving air. Moving air over your skin helps to cool down that core temperature quite quickly. So quickly, in fact, that some Mayans won't sit in front of a fan (or stand in front of a refrigerator) when they are hot. They are pretty sure that it makes them sick. Who are we to argue? What we have noticed is that if you are too hot and have been working your muscles, those muscles might not like a blast of cool air right away, so take this step slowly.

Then, take a shower. Or get in the pool, if you are lucky enough to have one. Millions of Mayans don't have pools (but many have cenotes). They manage to look clean and smell good. How do they do it? Showers. A quick cool shower does wonders. During the hottest months, you might find that you'll get cooler water by turning off your water heater. When its hot outside, the water from your tinaco on the roof wil be hot, but the water from your turned-off water heater will be cool. Yes, it's a little known fact, but it works. Try it!

Lie in a hammock. If you get hot at night, try sleeping in a hammock. Hammocks are popular here for a reason, and coolness is one of them. On a hot and sultry night, that mattress is just going to make you hotter. But a hammock is going to allow any breeze that blows to cool you off.

The last resort, or rather, the most expensive resort, is to go into an air-conditioned room. Electricity is the most expensive utility here in the Yucatan (and probably in all of Mexico). It is cheaper in the hot months, gracias a Diós!, but that's when you use more of it, which is why many Yucatecans don't have air conditioning. And why many houses only have air conditioners in the bedrooms.

Of course, there are other ways to cool off too. There are places where people go when they just can't stand the heat anymore. The following are five of our favorite places. Vote on which one is your favorite, or suggest another. We'll be taking nominations until the end of May.

A Local Shopping Mall - And you thought all those people were buying something? No way. They're looking. And maybe they are having an ice cream or a coffee, but what they are really doing is enjoying a day of air conditioning. Of course, it used to be everyone went to the Gran Plaza but now there are more malls... Alta Brisa, Citicenter, etc. Wherever you are in Merida, now, there's a big air-conditioned mall somewhere not too far away.

A Nearby Cenote - Being Working Gringos (and not Retired Gringos), we haven't spent a lot of time discovering the closest cenote to Merida. We're sure some of you out there have. Want to share? If all else fails or you can't think of another one, there's the cenote at the Dzibilchaltun archaeological zone. Sure, you have to pay to get in (and see the ruins, the ecological trail, the museum... ), but it's a great open-air cenote and the water is absolutely lovely.

The Beach - Our biggest objection to this cool-off solution is that it takes almost an hour to get there from the Centro. But if you have an hour (or the rest of the day, more likely...), the beach is usually cooler than the city. Why do you think half of Merida spends July and August there? And therein is our other objection to the beach as a place to cool off. At least in July and August, called la temporada, the beach at Progreso is too crowded. We need to go farther away (hmmm... Sisal? Telchac?) or go during the winter months to really enjoy ourselves there. But then? Ahh, it's a great solution, especially accompanied by some cold beers and a fresh plate of guacamole and chips!

A Museum - Cool off in a quiet atmosphere while looking at art. True, there aren't a lot of places to sit (ok, there's nowhere to sit in most Merida museums). But they are some of the quietest public places you can find here and they are cool. Sometimes, an almost-deserted room with art on the walls just does the trick. Just being somewhere so quiet and being so alone cools the spirit, which helps cool the body, don't you think? Our favorite happens to be the MACAY downtown, but the Anthropological Museum or the City Museum are also good ones. They may not be as cool and quiet as the MACAY on a sunny afternoon, but they are just as well air-conditioned!

In The Countryside - We often refer to Merida as a 'waffle-iron' when the days heat up. That's what our city looks like to a cloud. But get outside the city, and you'll notice a definite drop in temperature, especially at night. All that stone and cement soaks up the heat during the day and radiates it back in the evening. Not so in the pueblos throughout the Peninsula. A hot summer night is a perfect time to find yourself staying over at a hacienda or the Yaxcopoil guest house or with a friend who lives in Izamal... you get the idea. 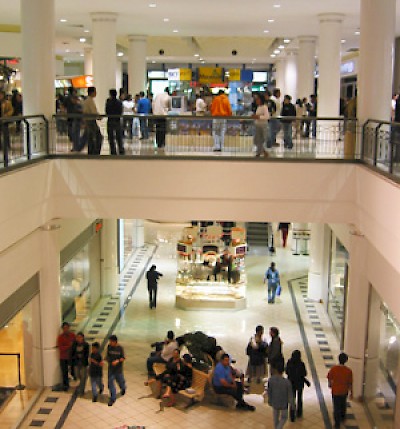 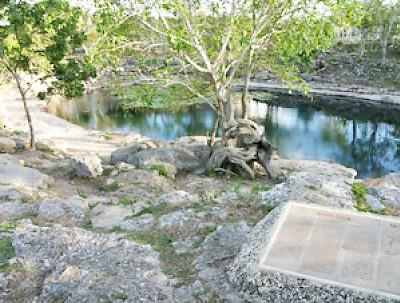 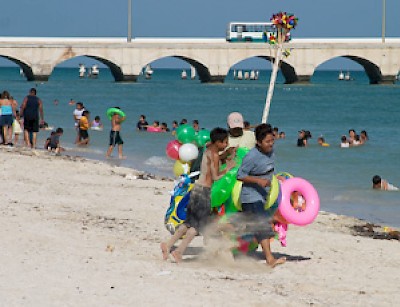 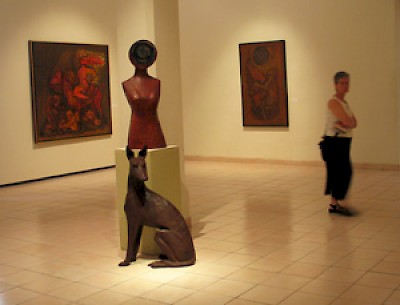 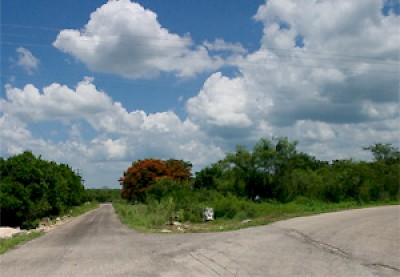