Abogado is the Spanish word for Lawyer. Before we moved to Mexico, we had spent enough time with American abogados to last a lifetime. It seems the older you get and/or the more successful you are in America, the more time you get to spend with people in the legal profession. In our home country, lawyers generally have nice offices, often with big windows and imposing views, and every minute you spend in their office, you can't help but think about how you are the one paying for that leather chair and that beautiful view. In our American experience, lawyers dressed well and drove stylish cars, because in America it is important to give an impression of wealth and success.

But here in Merida, and we suspect in much of Mexico, things are slightly different. We deal with a family law firm in Merida that is fairly prestigious and upper crust, based on the number of times their family members seem to get their picture in the paper on the society pages of the local newspaper. These people are part of what is called the casta divina or divine caste of Merida; their names are known by most Yucatecos north of WalMart. The law firm consists of the father, who is the Notario (more on that later), his daughter and son who are both abogados, and another partner. And lots of clerks and interns and secretaries and the like. And contrary to how lawyers (and others) act in the States, these Merida lawyers have perfected the art of appearing humble... or maybe they just are.

This family's legal offices are located in a fairly normal-looking house in a residential area of town. There is nothing remarkable about the building or the interior of the office space. The waiting room has decades-old furniture, dusty old law books on shelves that practically line the room, a very harried assistant behind the front desk who barely has time to answer the phones, and until our last visit, some of the oldest magazines we've ever seen... ever! In the past, we've looked forward to visiting the office just so we could browse through the 1962 House Beautiful and laugh at advertisements for furniture and shag carpeting ("now in avocado and harvest gold!").

One thing that isn't different between American and Yucatecan lawyers is that we always seem to end up waiting a long time in the reception area. But once we're called into the offices, we continue to find the difference remarkable. No corner office and plush furniture for these people. The offices are small and buried under papers. Assistants are constantly walking in and out, fans are whirring, phones are ringing. No hushed tones of success and wealth here, no sir. Just plain old-fashioned work.

Of course, don't try to reach a Merida lawyer between the hours of 1 pm and 5 pm, at least not our abogados. They take their siesta break very seriously. We doubt they are sleeping... but they certainly aren't available. From what we have learned working with another friend who is a lawyer, born and raised in Yucatan and a

graduate of Yale University, the early afternoons are reserved for lunch with family and maybe friends. Our other lawyer (yes, we actually work with more than one these days) spends most lunchtimes with his family at his home.

In Mexico, the most prestigious lawyers are called Notarios. There are only so many Notario licenses in each state and city, and so they are highly prized and highly regulated titles, all of which are numbered by state. So a notario will always have a number associated with his name. Whenever something requires a legal stamp of approval in Mexico, it must have the sello or seal of a notario. In a way, notarios are like a notary and a senior lawyer all rolled into one. In our lawyers' office, the father is the Notario and the children work under his roof. And one day, when the father retires, one of the children will probably inherit his notario license. In our other lawyer's office, there is one notario and about ten junior and senior lawyers. They all do various types of legal work, and have accessibility to the notario when the law requires it. There are two other interesting things about the law in Mexico that we have learned living here. First of all, laws are different here. You can forget about personal injury lawsuits. One of the first things we learned was to watch out for ourselves in Mexico. There are holes in the sidewalks, air-conditioning units mounted low on walls over the sidewalks, or rebar sticking out of buildings or sidewalks for no apparent reason. If you fall into a hole or hit your head or break your leg, that was your fault for not watching where you were going. Personal injury lawsuits are so rare, they may as well not exist.

The second interesting thing is that Mexico's legal system was inherited from Napoleanic Law. That means that everything that is legal is entered into big books (pictured below) and signatures are recorded in those books. If you buy a house, all the information about that purchase is typed into a big book. These things are not in computers, although that is changing but very, very slowly. And perhaps one day these things WILL be in computers, but it is hard to imagine that they will not ALSO be in those big books. This may be one reason why it takes longer to get things done here sometimes, as there is a lot more time-consuming work involved in most legal transactions. We've noticed that there is something very sobering about signing your name in a big book. We've also observed that being a part of those libraries of documents feels like being a part of history, so we aren't hoping that the books go away anytime soon.

We mentioned that legal documents like escrituras (corporate constitutional documents) and fideicomisos (trusts) are originally typed into a large book like the one you see pictured on the left. As a party to one of those documents, you are given a copy of the original to keep in your possession, and the original is kept in the law firm where it originated. Copies of these documents, by the way, can be either con sello or sin sello (with or without a seal). Banks, telephone companies and others may at time require copies of these types of documents and may ask for one or the other. The original blue ink sello is put on every page of the document by a notario (and indicates his name, state and notario number) and the document is then certificado (certified). You should always have at least one certified copy of each important document and you should always keep safe your certified copies. You should also have one or two uncertified copies, which are just Xerox'd copies of the certified copy. Copies of these documents are required more often here than you might imagine, so it is good to have a few uncertified copies close at hand.

In general, the law here seems from our experience to be more civil, less burdensome... and definitely so far, it is less invasive in our personal lives. An expat living in the Yucatan seems to be able to enjoy the kind of libertarian climate there used to be more of in the States. Yucatan lawyers are probably just as successful and wealthy as the lawyers back home... but they wouldn't dream of making that obvious. And they still manage to take four or five hour breaks in the middle of the day every day, an accomplishment most lawyers in the States can only aspire to.

Editor's Note: From time to time, we will republish an article on Yucatan Living. This is one of those articles. Written originally in 2005, we decided it was high time that it be updated to include observations and experiences from the intervening years. Look for more of these in the near future! 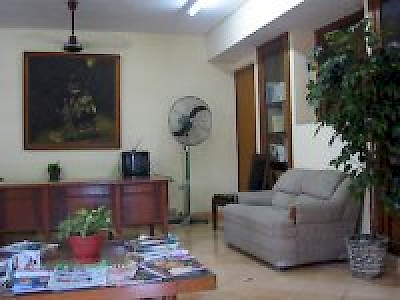 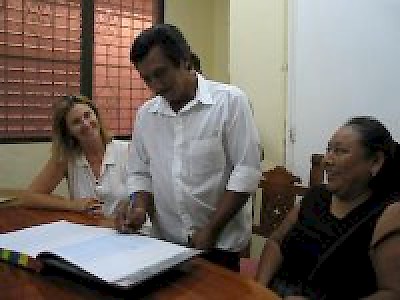 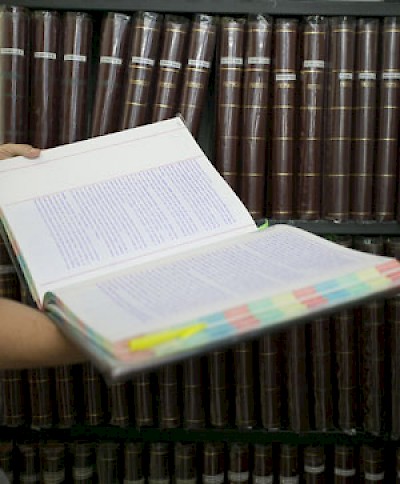