Holiday shopping is off to an earlier than usual start with the biggest and best ever craft show, ARTE A MANO, sponsored by AANY, AC (Amigos de los Artistas/Artesanos Nuevos de Yucatán)! For the first time the show will open on Friday, November 14 from 5-9 PM. The show will also be open on Saturday and Sunday, November 15 and 16, and the hours are 10 AM-7 PM. Once again the show will be held at CANACO, Avenida Itzaes and Calle 31, 3 blocks south of the Clinica de Mérida.

Over 75 craft artists will present work in all media and 20 new participants will be featured. All year long the selection committee of AANY has scoured the three states of the Yucatán to find the best craft artists of the Yucatan Peninsula. A few of our new artists are Adriana Castrejon of Mérida, presenting contemporary ceramic planters in all sizes and shapes (for those in the renovation process, take note of these for your garden!); Arsenio Manzanero of Ditzya, master stone carver who specializes in rustic birdbaths, benches and tables; Carlos Ordaz Solis of Valladolid, who makes sculptural orchid arrangements; Daniel de la Cruz of Chetumal, will introduce his amazing model boats; Lourdes Castillo Gonzalez of Ticul, is introducing a new line of striking vessels and planters and Martin Francisco Pech Ancona of Izamal, is a true folk artist who creates whimsical birds and animals of coconut shells – to name just a few.

Of course AANY followers will have a chance to reconnect with many familiar artists presenting new work. As always, the craft art at Arte A Mano includes a combination of high quality traditional work and work by studio artists. The range of work available can enhance decorating needs, garden accessories, jewelry and accessories and all of your holiday gift buying dilemmas can be solved at this show. There is work in all media and all price ranges. And here you can buy a gift for someone that you can guarantee no one else will have!

AANY was founded in 2009, and the first one-day Arte e Mano show featured 22 artists and an attendance of 450 people. Who could have thought that the shows now feature over 75 artists and are attended by 3-4,000 people!

The show this year coincides with Buen Fín, the national holiday sales promotion. Many of the AANY artists will present some specially priced work as a Buen Fín promotion. Yes, there may be some traffic issues but visiting Arte A Mano will be well worth the effort. Buying handmade crafts directly from the artist is a lot more fun than buying a refrigerator! Visa and MasterCard will be accepted by most artists. AANY, AC is a Mexican non-profit run by volunteers from both the foreign and local communities. All sales profits are retained by the artists and for many the sales at ARTE A MANO represent a major source of income for the year. Additionally, retailers from all over the Peninsula attend the shows to find new sources for their stores and galleries.

Visit AANY.org or AANY, AC on Facebook for further information.

The Christmas trees are springing up in the stores and, before you know it, you’re going to find yourself humming “Jingle Bells”, even though Christmas is still almost two months away. Everywhere you go, people are grumbling. “It’s not even Halloween, or Día de los muertos, yet, I don’t even want to think about Christmas.” Or, “There should be law against playing Christmas music in the stores before the first of December”. There’s one group you won’t hear complain, though, they’re the Chelem Elves and they think about Christmas 365 days a year.

The Chelem Elves emerged in the Yucatan six years ago from a handful of newly arrived strangers from the North. Tired of working all their lives in the cold, dark winters of their homes, they were ready to kick back and relax on the sunny beaches of the Yucatan and enjoy the fruits of their labors and just take it easy. Until one day, while enjoying a few of the local beverages and comparing their CFE bills that had been tossed over the walls of their compounds, they glanced up to see a child pulling another child down the sandy dirt road on a piece of cardboard. A makeshift sleigh, so to speak. They looked at the date on their bills and realized with a start that Christmas was right around the corner, the year round sunshine had caused their sun-soaked brains to lost track of time, but now, as they watched the children playing in the streets, they realized it was time to get back to work. Because if they didn’t, many of the children who lived in the town they now called home would not receive a toy for Christmas. In fact, many of them had probably never received a shiny new toy on Christmas Day, or any other day, for that matter, and the new Elves felt the situation needed to be rectified immediately. While the Elves recognized that there were other important needs that needed to be addressed in their new communities, they also remembered how a simple toy brought a wealth of joy and magic to their own childhoods, and they decided a childhood without joy and magic wasn’t much of a childhood at all.

And so the Chelem Elves were born.

The new band of Elves went right to work and managed to gather enough money to buy toys for the children of the neediest families of Chelem that first Christmas. It was all well-intentioned, but as Santa was delivering the toys, word spread and soon Santa’s own makeshift “sleigh”, a pick-up truck with Santa perched in the back, was being chased through the streets by crowds of children. Unfortunately, there were not enough toys for all of them, and the Chelem Elves made a promise, then and there, that they would never let that happen again. It was declared that every year, every child in Chelem would receive a toy from the Chelem Elves, and, henceforth, it would no longer be a charity toy drive, instead it would be a gratitude toy drive, a chance for the new citizens of Chelem to show their appreciation to the native citizens for the welcome they had extended to us, their new neighbors.

There are many myths surrounding the Chelem Elves. Some people believe that the Chelem Elves are a small secretive band of little people with pointed ears and curly-toed shoes who work day and night throughout the year to bring toys from the far reaches of the North Pole to the children of Chelem. That could be true. It might also be true that the Chelem Elves come in many shapes and sizes and can be found in the least likely of places. You might find them running a fancy hotel on the Riviera de Maya or behind the stove of your favorite local restaurant. They may be the man delivering plants to your home or the shop owner selling you a beautiful leather purse. They like to play bingo and buy raffle tickets, but they also like to give their time and money just because it makes them feel good. It doesn’t take any special skills, anyone can become an elf, all you have to do is want to make a child smile. In fact, you may already be an elf, without knowing it.

Another myth about the Chelem Elves is that they only bring toys to the Children of Chelem, but in truth, they also provide toys to the special needs children of the Progreso Unit of Basic Rehabilitation and the children who suffer from AIDS in Merida. Every year, if there are toys left over, and there always is, the Elves offer them to other groups who might need them. They could keep them until the following year, but the Elves believe if they’ve been blessed with a surplus that’s a sign that they should share what they’ve been given. Therein lies the true joy and magic of Christmas, it’s all in the giving.

The Chelem Elves hold several fundraisers throughout the year. The most popular fundraisers are the Bingo/Raffle Extravaganzas that are held several times a year in which the bingo profits are split between the bingo winners and the toy drive. The Elves have been very fortunate in attracting hundreds of associate elves with big hearts who donate stays at hotels and resorts all across the Yucatan Peninsula, arts and craft work from local artists and artisans, free dinners at the several area restaurants, and a variety of services from area businesses to be used as raffle prizes. Every single prize is donated.

With Christmas only two months away, the Chelem Elves are scurrying around doing our best to make sure that once again this year all of their kids have a toy. In November, they will be holding two fundraisers to finish up the year. On Wednesday, November 5, 2014, the Chelem Elves will be holding the Annual Chelem Christmas Dreams Rummage Sale/Pancake Breakfast at 9:00 am at Rico’s Grill-n-Chill on the highway coming into Chelem. The Chelem Elves are accepting donations for the rummage sale, so if you have something that you’re tired of stumbling over, they’d love to take it off your hands. They will pick up items in the surrounding area, including Progreso and Merida.

The Pancake breakfast consists of bacon, scrambled eggs, all-you-can-eat pancakes, and juice or coffee. Tickets are 100 pesos. If you have something you’d like to donate for the rummage sale, if you’d like to donate a service or item as a raffle prize for an upcoming fundraiser, if you’d like to get some raffle tickets, or if you’d just like to find out how you can become a Chelem Elf or perhaps start a toy drive in your village or neighborhood, the elves would love to talk to you. Please call Mary Reid at 999 137 3521, Sherri Sullivan at 999 227 1304 or Lisa Lefever at 999 902 6832. Or drop by Rico’s to pick up your tickets for the Pancake Breakfast.

The final fundraiser for the year will be the Chelem Christmas Dreams Sparkly Holiday Bingo/Raffle Extravaganza on Saturday, November 29 at 6:00 pm at the Bull Pen in Chelem. The two feature raffles for this event are a two-night stay at the swanky 5th Avenue Hotel in Playa del Carmen and a one night stay at the local favorite, Luz en Yucatan Hotel in Merida. There will be many more raffle prizes as the list always grows in the weeks leading up to the event. For every 25 pesos donation, the Elves will throw one ticket in the raffle of your choice. For a 100 pesos donation, you’ll get five tickets in the pot. Raffle Tickets will be available the night of the fundraiser also.

And finally, Santa hits the square in Chelem at 6:00 pm on Wednesday, December 17! The Elves can always use some extra hands to give out toys, so come join in on the fun! It’s a magical night! 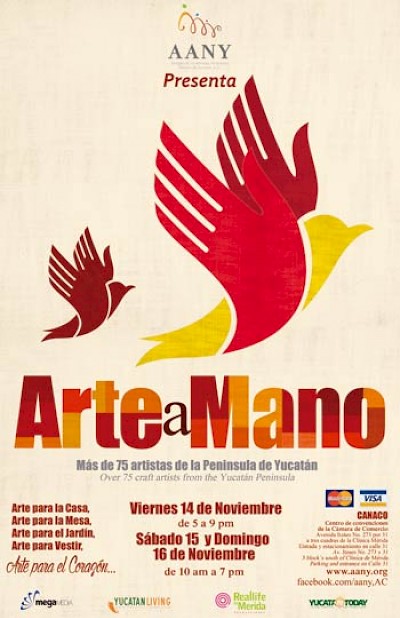 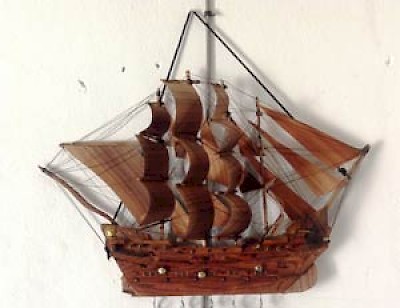 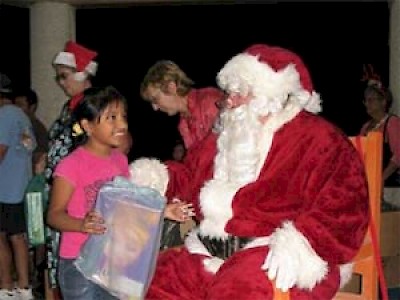