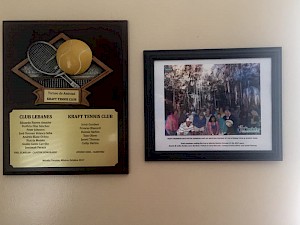 3 years ago the tennis team from Amelia Island Kraft Tennis Club made their first week-long trip to Merida. The group from Merida made a reciprocal visit to Amelia last year, and the Florida-based club members have just departed the White City, marking the third anniversary of this exchange. We've been informed that the group is getting larger and the agenda more sophisticated every year.

The pictured "Trofeo de Amistad" is now in the Amelia clubhouse and a similar trophy will be presented to Club Libanese this week.

A few weeks ago, (April 22 – April 27, 2015) a well-planned tennis match was held between a team from Club Libano here in Merida, Yucatan, and the Kraft Tennis Club of Amelia Island, Florida.

The instigator of this event was Peter Johnson, a retired State Department FSO (Foreign Service Officer) who is now a resident of Merida. Peter, and his wife Alicia who was born in Cuba, spent many years working in Latin countries, both in Latin America and on the Iberian Peninsula. Peter and his wife are obviously very familiar with the Latin culture and after living and working all over the world, they decided to settle in Merida upon retirement.

One of Peter’s accomplishments before retiring was founding the Kraft Tennis Club on Amelia Island. As a resident of Merida, he also has become a member of Club Libano. It was only a matter of time before he decided to put the two together.

Club Libano was represented by Dr. Eduardo Patron, a Merida cardiologist. The Merida club has about eight players in the over-60 category and all of them were enthusiastic about the idea. In addition, these players offered their homes to host the players and their wives from the United States. They also offered to host meals and serve as city guides. In the end, Peter and a representative from each tennis club conceived of a visit for couples from the United States, where a competitive tennis tournament would be combined with parties, get-togethers and a few archaeological day trips.

Since they were the ones traveling, the Kraft group determined the size of the teams. In the end, there were four players on each team, each accompanied by their wives. Club Libano’s team was headed by Dr. Eduardo Patron and Kraft’s team was headed by Phil Scanlan, a retired AT&T executive. As a resident of Merida, Peter played for the Club Libano team.

The Kraft group arrived on April 22, and Alicia and Peter held a welcoming reception for everyone, complete with a Cuban trio and un monton de mojitos. Dr. Patron and his wife, Gloria, hosted the despedida (farewell) dinner, complete with roving Mexican minstrels on April 27. A good group of local expatriates and Yucatecans showed up in the intervening days for the two tennis matches, choosing their sides with no agenda, but just to enjoy the competition.

At the closing dinner, a Trofeo de Amistad (Friendship Trophy) was given to the Kraft team with an inscription bearing the players’ names and other information. The attractive little trophy included a small statue of a male tennis player. Everyone was so pleased with the outcome that an an April visit to Amelia Island is in the planning for the Yucatecans in 2016. While the Kraft team won the tournament, the point of the trophy was not to celebrate the winner, but the event itself. In addition to the satisfaction of winning, the Kraft players had some terrific Mayan food at a typical restaurant, a great visit to the luz y sonido display at Chichen Itza and a Sunday trip to the Plaza Grande.

The sport of tennis is itself growing in Merida in recent years, though information about tennis is incredibly difficult to find in Merida. We are sure that, like many things these days, this will be changing.

In and around Merida, there are several public or quasi-public courts. Parque Salvador Alvarado, located on Calle 60 just north of the zona hotelera, has three hard courts which are open to the public. The Kukulcan Sports Complex, in the east of Merida at Avenida 28 at Circuito Colonias, in the section called Morelos Oriente, also has six tennis courts open to the public. There are courts at Parque Aleman, in Fraccionamiento Los Heroes there are 4 courts (cost of $10 peso per hour, maximum 2 hours). There are courts also in Dzitya, and in Francisco de Montejo at Centro Bic. Various hotels have tennis courts as well. The one pictured here is at Reef Yucatan, on the Yucatan Gulf Coast in Telchac Puerto.

The prominent private clubs are Club Campestre with 18 hard and clay courts, Club de Banqueros which has several hard courts, and Club Libano (Centro Libanés) which has five hard courts. The Club de Golf de Yucatan north of Merida has 9 hard courts, 2 of which are covered. Also to the north, the clay courts at the Yucatan Country Club are excellent, but the club seems to put more emphasis on the world of golf. All the clubs have pros who will gladly sign you up for lessons. Antonio at Club Libano, for instance, is a great teacher and player, according to Peter, and manages to speak English pretty well. Peter says he chose Club Libano because the welcome was inviting and warm and continues to be. Peter thinks he is possibly the only non-Mexican who plays tennis at Club Libano. The price of admission varies with each club and level of membership, but all of them involve an upfront payment and a regular amount each month. A recommendation from an existing member is also necessary.

Every club has its own tournament schedule for men and women. Club Libano is doing their part to promote the sport by encouraging some of the older age groups of men and women to pick up a racquet and start playing. Players play all year round, but tend to play earlier in the day during spring and summer as the days get so hot. From time to time, major tournaments are held in Merida and they are typically held at Club Campestre, which has a much higher capacity and more courts than any of the other clubs.

In 2015, a Davis Cup match between Mexico and Bolivia was held at Club Campestre with good attendance. Davis matches are held throughout the world, as regions work towards winners and playoffs. The match with Bolivia was well attended, the Bolivians played better than anyone expected, and in the end, the Mexican team won.

In retrospect, the event with the team from Amelia Island seems to have forged more than a tennis connection. Peter reports that the Mexican participants, none of whom have previously had much contact with Americans, warmed considerably to the Americans who came to visit. More than anything, they were apparently pleased that their American counterparts seemed without airs or arrogance… that they were just regular people. The Americans, on the other hand, were equally effusive about the experience, calling it “a wonderful cultural experience for all of us!” They marveled at the hospitality of their new Mexican friends, their delicious food and how frustrating it was to not be able to communicate more easily.

Everyone involved in this unique tennis event is anxious to do it again, and Peter is pretty convinced that the next contingent from the USA will be larger, based on the reports of the first team.

Peter, whose job in the Foreign Service was often to develop and improve relations between the USA and other countries, was pleased that this small event seemed to create a warm and personal bridge between these representatives from the USA and Mexico. For our part, we hope it is just the start of many more to come!

More about the Salvador Alvarado Sports Park can be seen here (in Spanish).
The Institute of Sports for the State of Yucatan (IDEY) has a website, but it is not well maintained.
More about the Kukulcan Sports Complex…
Club Campestre
Centro Libanés
Yucatan Country Club
Centro Bic in Francisco de Montejo
Club Deportivo de Olivo in Las Americas
and last but not least…
The Mexican Tennis Federation, in case you are interested. 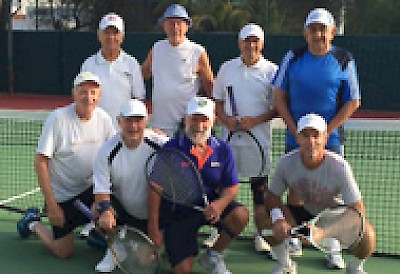 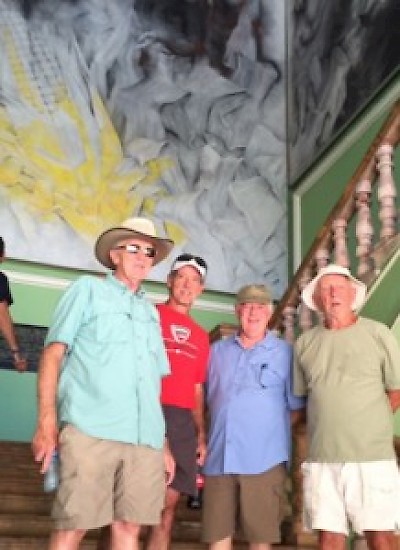 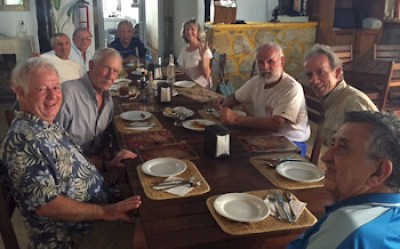 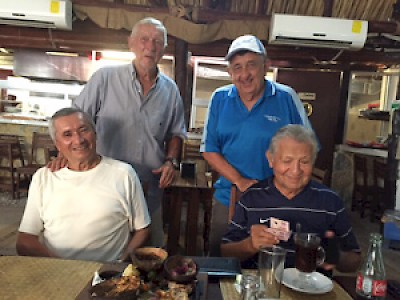 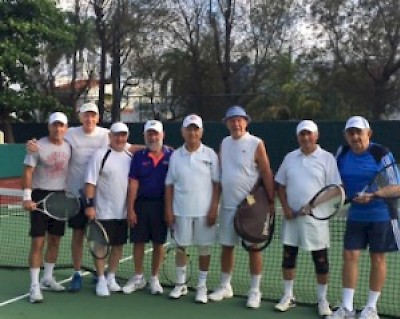 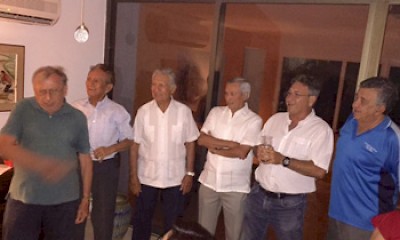 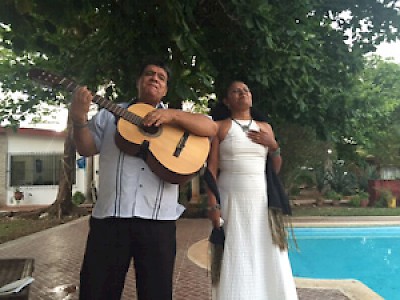