In our email inbox this week, we got an update from the tireless expatriate who runs the Progreso Apoyo and CAPP programs, Kitty Morgan. Kitty meticulously tracks donations and expenditures for these two programs, tracks all the students' families and grades, holds a yearly Meet & Greet for the Students and Sponsors, and still has time to enjoy life in Progreso... and take trips to other parts of Mexico. We were so impressed with the letter, we decided to share it with you, so here you go!

Attached is the interim CAPP roster for the 2016-17 term, from which you’ll note that everyone has now received his/her second semester beca (scholarship). Aurora is on a year round, 3-semester program, thus, has a final outstanding installment to be paid in June when we can close the books for 2016-17.

Account balances have been updated for everyone except Aurora and these have also been posted to the Account Balance column on the 2017-18 roster, which you will receive later this month, along with the annual request for sponsorship money for next fall.

Also attached are current grades; 13 students have achieved overall gpa’s of 90% or better; 5 are between 85-90%. Mabel continues to improve and Pedro is finding math at the college level to be quite challenging.

I asked each of our 12 Apoyo seniors at the holidays about their post-high school plans for next fall and am very pleased to tell you that most have already been fully funded, thanks to their Apoyo sponsors’ continuing commitments and several new sponsors joining us next fall. If you’re thinking about becoming a CAPP sponsor next fall or you know anyone who might be, now’s the time to toss your hat in the ring or to spread the word!

Because there are quite a few new CAPP sponsors this fall, I thought the true story of Sergio Castro would be worth repeating here for them.

The Story of Sergio Castro

One of the most heart and soul touching experiences I’ve ever had in Mexico regarding community service happened while enjoying a bus trip through the beautiful state of Chiapas several years ago with my sister. We stopped in San Cristobal de las Casas, a small and picturesque mountain town and picked up a local map at the tourist center which listed most of the same attractions, museums and monuments as our Frommer’s and Fodor’s Guides – and one they didn’t that intrigued us: a tiny costume museum with no regular hours, just a phone number to call for a tour.

We called and were later met at the door of an unpretentious private home owned by Sergio Castro, a wiry man in his 50’s with dark twinkling eyes, a long silver ponytail and a passion for Chiapas. As he walked us through his museum, he told us about each of the regional costumes, which were all nicely displayed on mannequins with accessories and shoes. Included was a bark tunic made by one of the last 600 Lacandon Indians and decorated with vegetable dyes from the jungle in geometric patterns. Two smaller rooms overflowed with oddities he had collected during his 30 years in Chiapas and just to one side of the exit door, under a corkboard pinned with dozens of photos of people in the pueblos, was a small box marked “donations.” These turned out not to be for the museum but for his volunteer work with burn victims in the pueblos, where cooking is done on a flimsy grill perched precariously on top of 3 more or less equally sized rocks and where serious burns are a constant problem. He has been doing this since he arrived from his native Chihuahua in his 20’s to do his year of community service. He fell in love with both the stunning beauty of Chiapas and its humble indigenous people and has been serving them ever since. His rare gift of himself and a life of service to those all but forgotten by their own country touched my sister and me deeply; neither of us will ever forget the uplifting and inspiring afternoon we spent at the Costume Museum or the incredibly amazing man behind it, Sergio Castro.

I shared this story with you to illustrate that, when service finds open hearts and willing hands, true miracles happen and lives are forever changed at both ends. It is my fervent wish that service will find receptive hearts and hands in some of our university students and they will find ways after graduation to pay forward the gifts they’ve received from you through this Program.

Lastly attached are a few recent photos from our marine biologist, Aracelly, whose passion is obvious to every one. She has to love what she’s doing to make the 4-hour daily round trip to UADY’s campus in Ixmaquiel, a medium-sized pueblo south of Mérida in the interior of the state. Although students spend a lot of time at the shores of the Gulf of Mexico, she told me that there are no live animals on campus, thus she misses las criaturitas (the little living creatures) she cared for at CET-MAR High School which is right on the beach in Progreso. She’s now worked out a schedule with CET-MAR to monitor the labs on weekends (when the high school students don’t want to give up Saturdays or Sundays) which she says also gives her plenty of quiet study time as the campus is all but deserted on weekends. Amazing how clever our students can be when challenged to choose community service.

Thank you all again (and AGAIN!) for your continued support and please don’t hesitate to e-mail your thoughts and/or comments at any time.

Kitty Morgan, for the CAPP Board

Kitty, of course, gave her permission for us to reprint the letter. She also wanted us to add a few things about the amazing students in the CAPP program.

This year, CAPP saw its first two college graduates in 2016, two sisters a year apart. One sister obtained her law degree in June from UADY and the other received hers in International Business Relations, also from UADY, in December.

Three more CAPP students will graduate in 2017 with degrees in computer engineering (1) and business (2). UADY is so impressed with the engineer (as are we) that his professors are actively encouraging him to pursue a masters degree at UADY. He may also be offered masters enrollment in the USA, as his English is quite good and his sponsor lives in USA and has offered to help. It is a little too early to say what the outcome will be, as this is all in the early investigation process right now. And the current political climate in the USA is not making things any easier.

In 2017, CAPP will have 19 upper classmen (and women) this fall and - if they all pass their entrance exams this summer - we will add 10 -11 new freshmen (and women) for a total of 29-30 students in universities and technological institutes in Merida and Progreso.

We would like to add that most likely none of these deserving young people would have been able to pursue their educational dreams without the support of the CAPP sponsors. From tiny acorns, we are all proud to watch them grow into big strong oak trees!

If you have followed Yucatan Living for awhile, you know that we have been helping to support Vladimir since the sixth grade. Vladimir will complete his studies this June, too, and will start on his year of internship before becoming the white capped crusader that he dreamed of 4 years ago when he started nursing school. Apparently, the school has not yet told him where he will serve or what is expected of him during his service. He will be the first test case in the CAPP program and we will learn as we - and he - go. Kitty keeps all sponsors posted on their students' progress, so we look forward to hearing about Vladimir's next step.

Of course, after reading about all these dedicated and motivated children, you are probably wondering how you too can help sponsor a deserving Yucatan youth. That's easy! Contact Kitty at her email address (kbmorgan_99@yahoo.com) and she will take it from there! 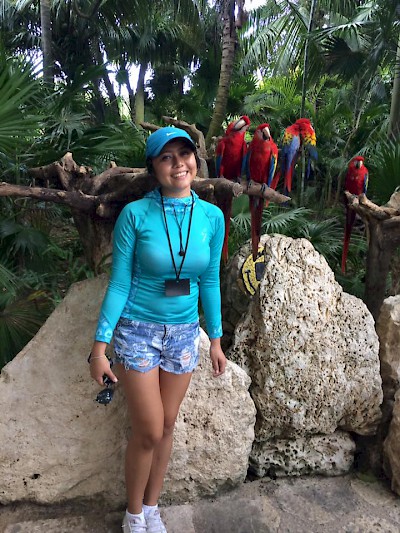 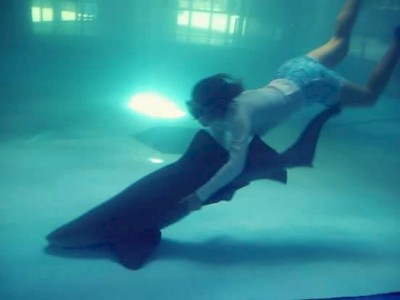 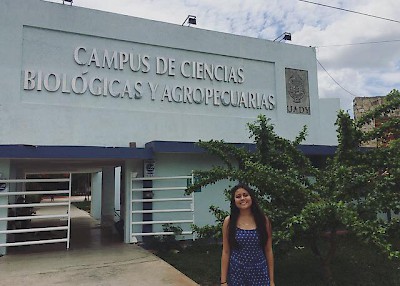