It was a sunny day. The stands were full of fans. And the cry of Mango mango verde verde! Was  carried through the park on the lightest of breezes.

We were warming up for the baseball season in the Yucatan, getting ready to watch the first exhibition game of 2010. Playing in Valladolid’s civic stadium on February 27, Merida’s home team, the Leones de Yucatan, faced long-time regional rivals, the Campeche Piratas.

The near-sellout crowd could not have ordered up a better day for baseball.  With the temperature in the mid-eighties (high 20s, for those of you into Celsius), the bright sun was never oppressive, even for those in the sol seats. Of course, even if it had been, any number of roaming beer vendors were nearby and ready to provide a remedy.

And what better way than a chilled lager to wash down the traditional Yucatecan baseball nosh,  the kibi? In the hierarchy of ballpark cuisine in this part of the world, the deep-fried, torpedo-shaped patty of Lebanese origin, split open and garnished with chopped cabbage salad, reigns supreme. The hot dog – top dog in much of the rest of the baseball universe – is here relegated to a supporting role as garnish on Styrofoam plates of papas francesas (French fries).

This being Mexico, of course, no one would dream of expecting a single dish, or even two, to satisfy those mid-game cravings. From the first pitch, in fact, vendors offered a dazzling array of food:  luridly colored cotton candy, big flat circles of mysterious paper-like wafers in equally startling shades, spiced peanuts and pepitas doled out from open bins, cold fruit-flavored cremas, bags of fruit sprinkled with chili and lime, and of course those sliced green mangos.

As it turned out, it was a good thing that the Leones fans in the crowd – clearly the majority – could enjoy something other than the action on the field. The showing of the once-mighty Leones, champions of the Mexican Baseball League in 2006, suggested that the team and its management still have a lot of work to do before their official season opener on March 18. Certainly the fact that manager Lino Rivera, a Puerto Rican, returned to Mexico only on the day of the game because of passport problems, can not have helped.

The teams appeared evenly matched in the early innings, with each team scoring three runs. But in the stands, the acute eyes of at least one seasoned Leones fans could already detect faint clouds on the horizon.

“I don´t have a lot of hope for the Leones this year,” confided Gabriel, a Meridano who now lives and works in Valladolid. “The management made too many bad trades in the off-season. They sold some of their best players.” He shook his head. “It’s a low-budget team now.” The circling of a half-dozen zopilotes (vultures) above the field starting in the fourth inning served as ominous punctuation to his remarks.

As if aware of the debacle that was about to unfold, the behavior of the scorekeeper became increasingly erratic around this point. Inning-by-inning scores appeared only slowly on the manual scoreboard, and the occasional zero was hung sideways. And then the scorekeeper disappeared entirely (“Maybe he had to drive his mother to a doctor’s appointment,” a long-time Meridano mused), leaving the crowd somewhat in the dark as to exactly what was happening. The more astute would have noted Leones fielding errors in the fourth and fifth innings that brought the Piratas tantalizing close to breaking the tie. By the sixth inning, even the least savvy fan could tell that something was seriously amiss for the Leones.

This proved to be the game’s turning point, as the Piratas, smelling blood as the Leones brought in one new hurler after another in the middle innings, started  to grind up their opponents’ pitching roster as finely as the raw material in those kibis.

With strong batting by the middle of their line-up (particularly first baseman Abraham Valencia and centrefielder Alfredo Macias, who both scored doubles), the Piratas took six runs off the Leones in the sixth inning. This seemed to trigger a binge of emotional eating in the stands, where kibi sales suddenly seemed to pick up smartly.

The Leones bats were unable to answer the sixth-inning onslaught, as the Piratas kept them scoreless for the rest of the match. As for the Leones defensive efforts, a further flurry of fielding flubs and the revolving-door approach to pitching duties allowed the Piratas to score seemingly at will.

The final tally was a little vague, as matters often are in the Yucatan when sunshine, beer and good company are all involved. A couple of off-duty Leones players assigned to recording the game agreed that a total of seven members of their team´s pitching staff had, in the end, taken to the field. The announcer, however, had that number at six. Both parties did agree, however, on a final score of Piratas 16, Leones 3; but the Leones website – which surely would have no reason to paint things any worse than they were – had it at 17 to 3. No matter; it’s still pre-season.

For those interested in seeing how the Leones fare for the rest of the year, their schedule and performance are posted on their official website at www.leonesdeyucatan.com.mx.

Editor's Note: The article was authored by Catharine Lyons-King, who also took the accompanying photographs. Catharine has worked full-time as a reporter, columnist and/or editor for various newspapers in Canada. More recently, her work has involved writing the reports of government expert panels in such areas as infrastructure and finance. Catharine is a part-time resident of Merida, and you can find out more about her at her and her husband at their website, www.couttsandking.com. 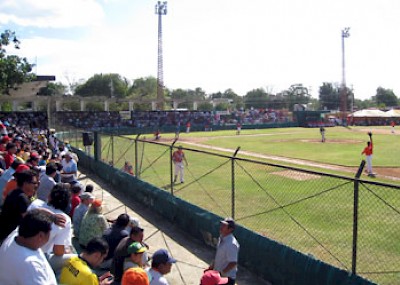 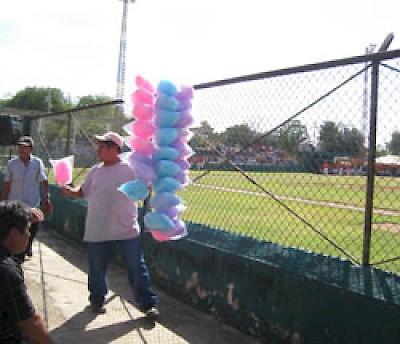 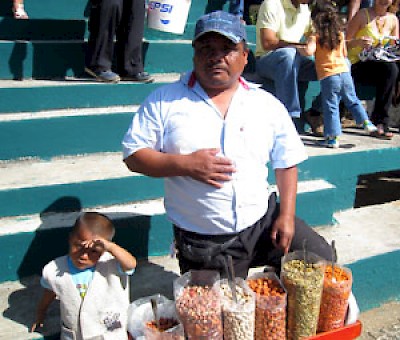 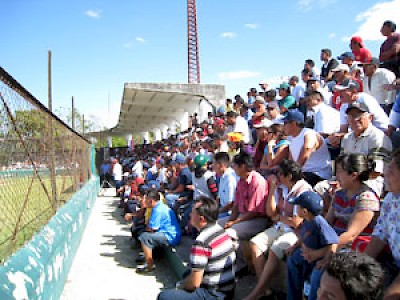 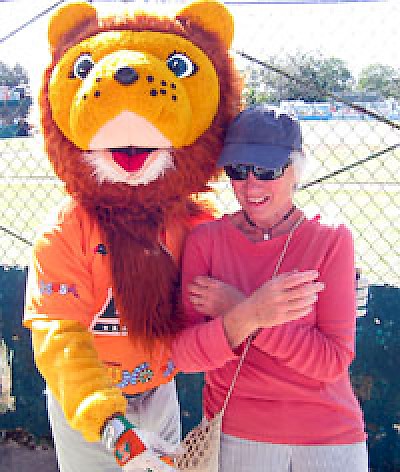