LIVING / Mexico and the 2010 World Cup of Soccer Email & Share

Mexico and the 2010 World Cup of Soccer

To most of us, it is soccer. To most of the rest of the world, it is known as futbol. Just days remain before the start of the world’s most watched sports event, futbol’s FIFA World Cup. For those of us who think that the Super Bowl of American football is a big deal, think about this. While the 2010 Super Bowl smashed all previous records by having 106 million viewers, 715.1 million people watched the finals of the last World Cup in 2006, and that number is probably going to bigger this year.

As the intense competition opens on June 11, Mexico has captured the attention of the sports world because the Mexico team will be playing the opening game that day against the host nation, South Africa.

Riding high from a recent 2-1 victory over 2006 winner Italy in a pre-Cup “friendly” (a warm-up game between teams that doesn't count in their standings), Mexico opens the World Cup with heightened expectations. This is the thirteenth World Cup for which Mexico's team has qualified, and it has qualified continuously since 1994. Placed in the four-team Group “A” by a blind draw, the hopes of the nation ride high on El Tri, as the beloved national soccer team is known. You can bet that on at 9am (CST) on June 11th, most TV’s in Mexico will be tuned to the game.

With the best Mexican players drawn from the teams in the Mexican league and foreign leagues, Mexico is an imposing opponent. While Mexico is currently ranked #17 in the world, but Mexico’s group of four is potentially difficult; the other three teams are the hosts South Africa (rated #90), Uruguay (rated #18), and powerhouse 1998 winner France (rated #10).

Mexico’s goal is to finish no lower than second in the group, thereby advancing out of the “group” stage into the higher profile “Round of 16.” Theoretically, Mexico could advance to the Round of 16, by beating South Africa and Uruguay, even if they lose to France. Advancing would be cause for a huge celebration.

In the all-important positive as goalkeeper (el potero) for El Tri, Mexico will call on either Oscar Perez (Chiapas, MX) or Guillermo Ochoa (Club America, MX), backed up by Luis Michel (Guadalajara, MX). Calling the shots as technical director (TD) is veteran Javier Aguirre, Mexico’s fourth coach since the 2006 World Cup, but a man trusted to deliver results.

Mexico's Opening Match and Beyond

Mexico’s opening match on June 11 will be followed on June 17 (1:30 pm CST) with a blockbuster match against 2002 World Cup winner France. Favored to win the group, France will be hungry after an opening day game against Uruguay.

At this point, every team in the group will be fighting fiercely for group points. A win earns three points and a tie garners one point. Actual points scored in the game scored (both for and against) count as well in case teams are tied in group points scored. First counted are points scored for, and if still tied, points scored against.

Mexico will end its group play at 9am (CST) on June 22 against Uruguay, another great game to watch with friends or at a local bar. This will be a must-win game for Mexico, as it will be the last opportunity to score points in order to “go through” to the prestigious “Round of Sixteen,” which starts on June 26.

Advertising to the World

And speaking of watching, have you caught the “Road to South Africa” commercials on TV that promo the World Cup? Some of them are thrilling, others are just funny, like the Deportivo Television ads, when a crocodile swallows a member of a group trekking through the bush to South Africa with hardly a pause from the rest who press on to the all-important World Cup. These ads are just the tip of huge commercial promotions taking place in bars, supermercados, OXXO and restaurants. Now’s the time to get that neat-looking Mexican jersey, socks, t-shirt or bottle cooler. These once-every-four-year items are just the thing to wear to the bar for the big games, or for bringing cold refreshments to the next outing.

The United States Plays Soccer Too!

Fortunately, in the early stages, Mexico does not play the U.S.A. (sorry, Canada did not qualify for this year’s competition). So you can cheer for our host (or adopted) country without much conflict. It might get a little more complicated, however, if both teams go through to the Round of Sixteen, or even the quarterfinals!

The U.S. team, currently ranked 14, has a hard but not impossible road out of Group C. Placed with Algeria (31) and Slovenia (23), the U.S.A. must play their first game against powerhouse England (8) at 1:30pm (CST) on June 12. This might be the most watched game on the 12th, as England is loaded with world-class Premier League and international players. England's team, the “Three Lions”, are thought by some to be at least semi-final contenders.

The U.S.A. has an uphill but not impossible battle. England won two recent “friendlies” against Mexico and Japan, but they were hard-pressed throughout both matches and certainly not totally dominant. For the U.S.A., winning against the two lower ranked teams is a must, especially if they fall against England.

The U.S.A. follows the June 12th game with Slovenia (June 18, 9 am CST) and Algeria (June 23, 9am CST). The June 23 game is a must-win, especially if no points are gained against England. This year the U.S.A. has a very good mix of players from international leagues and the domestic league, Major League Soccer (MLS). Going through to the Round of Sixteen is definitely within reach.

Mexico’s cause in this particular World Cup may be aided by a little appreciated geographic element. Matches in 7 of the 10 World Cup venues in South Africa are in elevations ranging from 2,165 feet to over 5,000 feet in Johannesburg, the site of Mexico’s opening match. Many teams, including the U.S.A. who are used to playing in lower elevation (more oxygen) will have only several weeks to adapt. Mexican players, however, especially from the domestic league, might be advantaged by a season of playing in higher altitudes. Mexico City games for example, are played at 7,200 feet, with games in Guadalajara played at 5,100 feet.

This World Cup promises to be exciting from start to finish. Let’s start by cheering for El Tri. Ole, Ole, Ole!

Editor's Note: It only comes around once every four years, but the World Cup of Soccer is an event that you REALLY don't want to miss. We recommend watching the games as much as possible, because the more games you watch, the more you learn the players. And the better you know the players and understand the game, the more fun it is. We also recommend watching with friends... watch with the neighbors, at a bar, invite everyone to your place, or just walk down the street. We guarantee that whenever El Tri is playing, the entire city of Merida will have the game on television and you'll be able to watch it from almost anywhere.

Because the world plays soccer, the World Cup has become an event that allows people around the world to enjoy being proud of their country in a friendly manner. No guns, no bombs... just feet and a futbol. During the last World Cup in 2006, the Working Gringos found themselves in Playa del Carmen for the last few games of the competition. Every bar or restaurant that had a TV was tuned to the games, and people from many nations around the world were watching the games together. Even we, who write for a living, find it hard to describe the intensity, joy and connection that we all experienced together, no matter who won and lost. We encourage you to participate and discover the joys of World Cup Soccer for yourselves.

The official FIFA website, the world federation of futbol (a veritable treasure chest of information)

Yes, there is women's soccer in Mexico too! 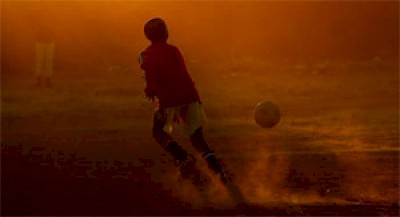 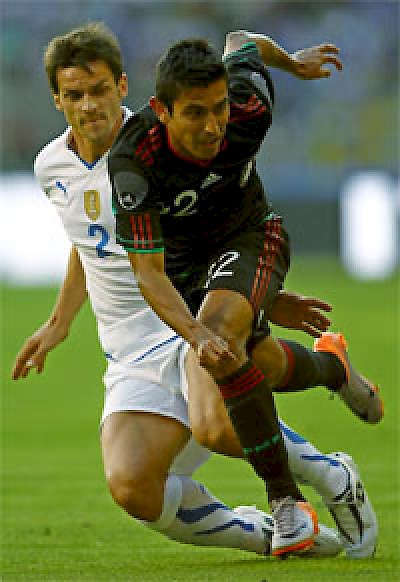 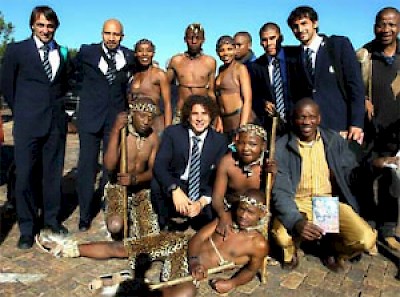 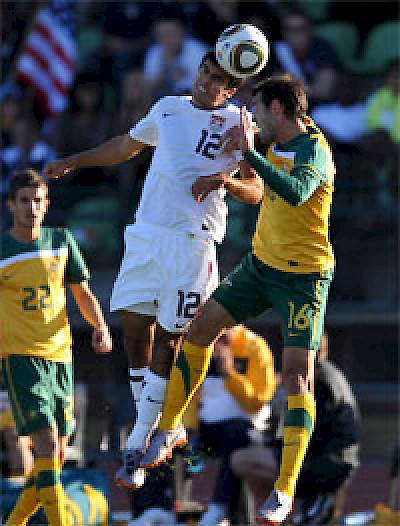 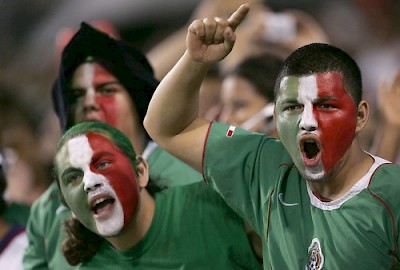